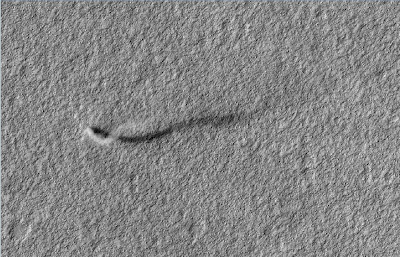 Peter Smith, one of the mission scientists for Curiosity, gave a paper at a scientific conference this week in which he announced that the surface soil of Mars is about 0.5 percent Calcium Perchlorate (Ca(ClO4)2). Perchlorate is a highly reactive chemical, used in rocket fuel and highly toxic to humans. So this is a good-news bad-news situation. Human explorers on Mars might use perchlorate from the soil as an energy source, a source of oxygen, and a component of rocket fuel. But on the other hand they would have to protect themselves from any contact with Martian dust, because perchlorate is so dangerous:


"Perchlorate has become an important component of the soil … and half a percent is a fair amount," Smith said. . . . The high levels of perchlorate found on Mars would be toxic to humans, Smith said. "Anybody who is saying they want to go live on the surface of Mars better think about the interaction of perchlorate with the human body," he warned. "At one-half percent, that's a huge amount. Very small amounts are considered toxic. So you'd better have a plan to deal with the poisons on the surface." 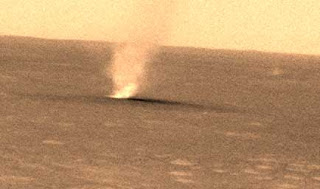 Any humans exploring Mars, Smith said, will find it hard to avoid the finest of dust particles. "It'll get into everything…certainly into your habitat." Undeniably, Martian dust devils laden with perchlorates are sure to be devilishly dangerous. But Smith also noted that perchlorate is used within the pyrotechnics industry, and ammonium perchlorate is also a component of solid rocket fuel. "So maybe you can mine it as an on-the-spot resource," he said.