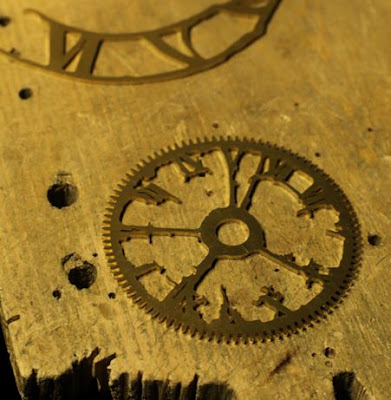 According to his web site,


Growing relentlessly in the mind of Eric Freitas lies a realm of dark mechanical curiosities and horological contradictions. In this world gears are harvested and mechanisms are alive with the organic repetitions of nature’s machine. Balancing carefully between creative conception and logical execution, this world would slowly be brought to life. In 2004 Eric began to study the dying craft of clockmaking so that his ideas could be executed, and it would become apparent that even an instrument as logical and precise as a clock could be compromised by ungoverned subconscious thought. 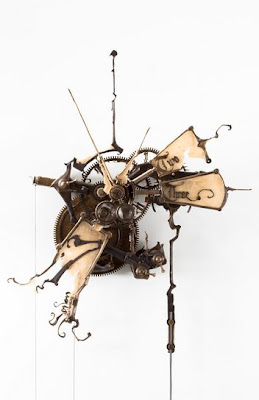 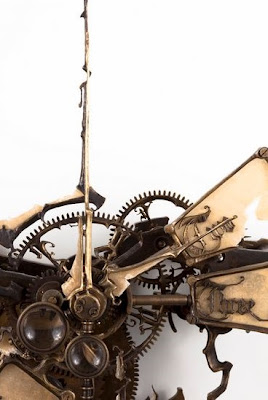 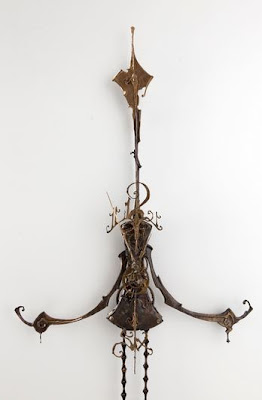 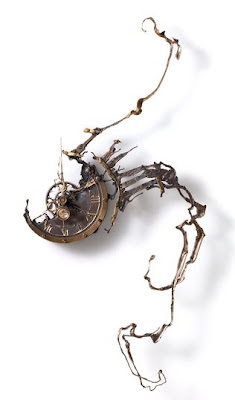 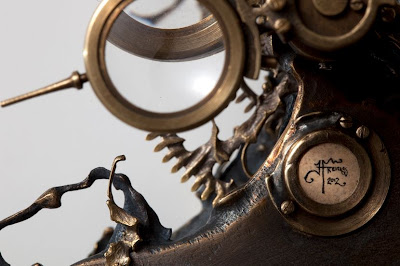 
Eric Freitas grew up on a wooded dirt road near the small village of Chelsea MI. He received a BFA in 1999 from the College for Creative Studies in Detroit. He currently lives in Royal Oak Michigan, where he slowly works away in his humble workshop. 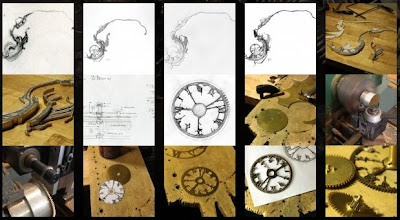 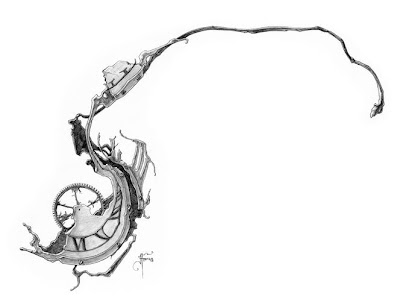 Pictures on the site allow you to follow the whole process of making one of these amazing clocks, from concept drawing to finished product. 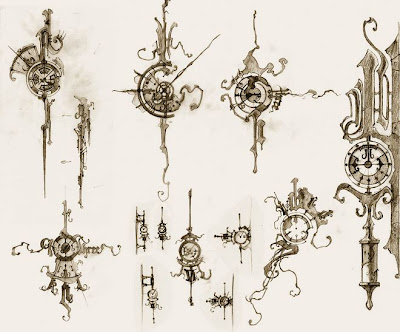 Freitas makes some of his pieces completely by hand, crafting all the gears himself; others have commercial quartz motors. He also sells prints of these drawings and photographs of the clocks. Some steampunk art bores you with gears that have no purpose and are not put together in halfway convincing ways, so it is wonderful to see these lovely machines that actually work.
Posted by John at 3:22 PM