Marijuana Growing as an Environmental Threat 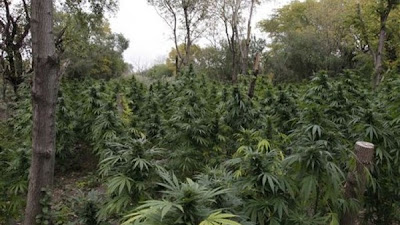 In California, growing pot runs up against environmental limits:


The idea that the counterculture’s crop of choice is bad for the environment has gone down hard here. Marijuana is an economic staple, particularly in Humboldt County’s rural southern end, called SoHum. Jennifer Budwig, the vice president of a local bank, estimated last year that marijuana infused more than $415 million into the county’s annual economic activity, one-quarter of the total.

For the professed hippies who moved here decades ago, marijuana farming combines defiance of society’s strictures, shared communal values and a steady income. “Marijuana has had a framework that started in the 1930s with jazz musicians,” said Gregg Gold, a psychology professor at Humboldt State University. “It’s a cultural icon of resistance to authority.”

“In 2013,” he added, “you’re asking that we reframe it in people’s minds as just another agribusiness. That’s a huge shift.”

But of course any activity carried out at an industrial scale has environmental consequences. Which is why weed should be completely legalized. If it were fully legal, it wouldn't be grown in California's fragile hills, using water diverted from salmon streams. It would be grown in the fertile soil of Iowa or Ohio, like corn or soybeans, no worse for the world than any other crop.
Posted by John at 7:07 AM