The Paleo Diet is Neither Paleo nor Healthy 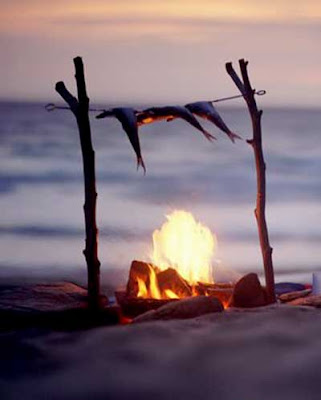 Last week on the Metro two fitness buffs stood right in front of me, comparing notes on their workout routines. They then embarked on an extended discussion of the "Paleo diet" so inane that it was a great struggle to keep my mouth shut.

So let me vent here.

The "Paleo diet" has little to do with what people ate in the Paleolithic period, it is not especially healthy, and its current popularity is based on a gross misconception of human evolution. 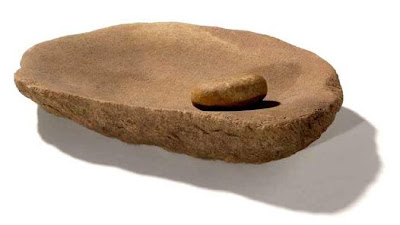 As to what sort of diet is healthiest, we have a ton of data on that. And it all points, not toward actual hunter gatherers -- yes, there are hunter-gatherers in the world, and their diets and health have been extensively studied -- or beef eating Argentines, but toward Mediterranean and Japanese farmers who ate a lot of grain and very little red meat. Before they started eating lots of potato chips and candy, the Japanese were probably the healthiest people in the world, and their words for breakfast and dinner mean "morning rice" and "evening rice."

And why would that be, since nobody thinks that ancient hunter-gatherers ate as much grain or as little meat as medieval Japanese or Italians? Because we have been farming for 10,000 years, more or less, and 10,000 years is long enough for a lot of evolution. Human evolution has not slowed down in the agricultural era; it has accelerated. One part of our genomes that we know has evolved very rapidly is the part that controls our digestion. Since the Neolithic revolution, we have adapted to eat a largely grain diet. The basic intellectual error of the "Paleo diet" is assuming that we are the same as our ancestors of 20,000 years ago, and therefore that what they ate would be good for us. This is just flat wrong.

A really good example of this stupid thinking is the ban on alcohol in many Paleo diets. The mechanisms we use to metabolize ethyl alcohol are found in all human groups everywhere on earth, so they are older than Homo sapiens and were  universal in the Paleolithic period. Evolution does not conserve such systems when they are not used. Ergo, Paleolithic people consumed alcohol.

Even stupider is the "raw diet," since we have been cooking food for at least as long as Homo sapiens has existed, and it seems that it was in fact the invention of cooking that allowed our brains to get so big; "raw food" is eating like a chimp-brained Australopithecene, and if you want to be more like an ape, go ahead.

And yet we all know people who have become healthier and fitter on the "Paleo diet," or its cousin the Atkins diet. Why is that? Well, all diets that work are based on psychological tricks. If your problem is pigging out on cookies or fettucine alfredo, but you have no great temptation to over-indulge in steak, then cutting out carbs might well help you lose weight. I put no great confidence in that, though, since people can lose weight for a while on almost any diet, and the long-term success of the Paleo diet seems to be no better than any other. (Very poor, that is.) Yes, we should probably all eat less refined sugar and more vegetables -- whether or not our Paleolithic ancestors ate them.

But don't be fooled by bad data on what our ancestors ate, or claims that excluding grains from your diet will make you healthy by magic.
Posted by John at 5:20 AM