Savage Northmen first appear in our histories in 793, when they sacked the island monastery of Lindisfarne in Britain. But obviously they did not acquire their legendary sailing skill overnight. How long had Scandinavians been sailing the North Sea and the Baltic? 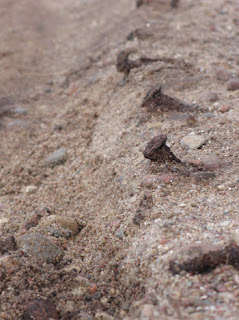 New excavation results from the Estonian island of Saarema shed some light on Viking prehistory. Here archaeologists, alerted by human bones that turned up in a utility trench, have uncovered the remains of two buried wooden craft used as coffins for mass graves. They date to some time between 700 and 750 CE. The smaller is just a large rowboat, but the larger, dubbed Salme 2, is something else again:


Though most of the wood had disappeared, by measuring the position of the more than 1,200 nails and rivets and carefully looking at soil where the wood had rotted, archaeoloigst Jüri Peets concluded that Salme 2 was about 55 feet long and 10 feet wide. The craft had a keel, an element critical to keeping a sailing ship upright in the water. Peets believes clusters of iron and wood near the center of the boat and pieces of cloth recovered from the soil are indications of a mast and sail. If he is right, Salme 2 is the oldest sailing vessel ever found in the Baltic. And other scholars are inclined to agree. “I would think that the big Salme boat would be the perfect place to find the first example of a sail before the Viking Age,” says Jan Bill, an archaeologist and specialist in Viking ships at the University of Oslo. “It’s the size of vessel,” says Bill, “where a sail would make a lot of sense.” Salme 2, built, sailed, and beached a half-century or more before the first raids on England heralded the dawn of the Viking Age, was, for all intents and purposes, a Viking ship. The Salme 2 vessel was certainly capable of crossing the open sea between the Swedish coast and Saaremaa, a distance of about 100 miles. The vessel also shows that the key technology of the Viking Age took shape at least decades, and maybe almost a whole century, before 793. 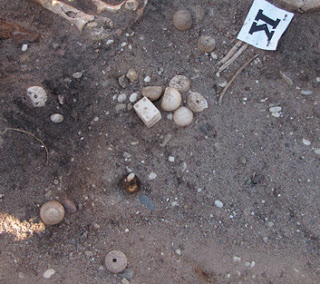 The larger ship held the skeletons of 33 men, laid out neatly in rows. They were buried with Scandinavian style swords and many other artifacts. As Peets says, this looks like the remains of a Viking raid gone wrong. Repulsed with heavy loss from some site on the coast, the Vikings retreated to a deserted island shore and used two damaged craft to give their fallen comrades the best burial they could before sailing home. 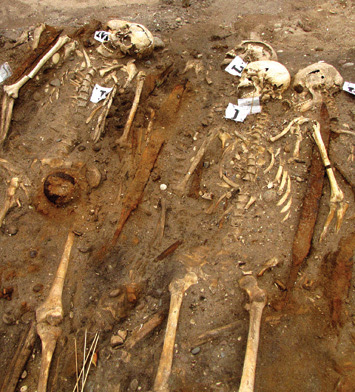 Study of the bones has shown that at least five of the men died by violence. Others had old wounds that had healed. There were clear status differences among the skeletons; five had much finer swords and generally nicer stuff than the others. These must represent the retinue of a noble captain.

So much of this is like the Vikings of the ninth and tenth centuries: the burial in ships on distant shores, the social structure of the crew, the grave goods. Obviously the Viking way had been developing for some time before western European first thought to write about them.
Posted by John at 1:05 PM