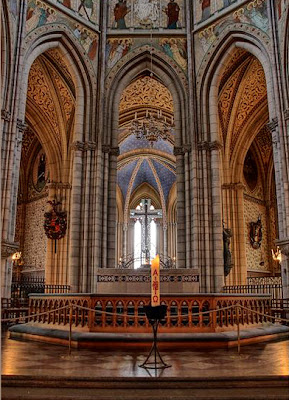 Uppsala was the ancient seat of Swedish kings and the abode of their gods. Christian writers shuddered in delighted horror as they describe the unholy rites performed there; here is Adam of Bremen, historian of Sweden's conversion:


At this point I shall say a few words about the religious beliefs of the Swedes. That nation has a magnificent temple, which is called Uppsala, located not far from the city of Sigtuna. In this temple, built entirely of gold, the people worship the statues of three gods. The mightiest of them, Thor, occupies a throne in the middle of the chamber; Odin and Freyr have places on either side. . . . Thor, they say, presides over the air and governs thunder and lightning, winds and rains, and fair weather for crops. Odin, that is, the Mad One, carries on war and gives men strength against their enemies. Freyr bestows peace and pleasure on mortals; his likeness they fashion with an immense phallus. Odin they sculpt armed, as the Romans represented Mars. Thor with his scepter resembles Jove, they say. 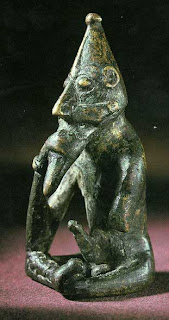 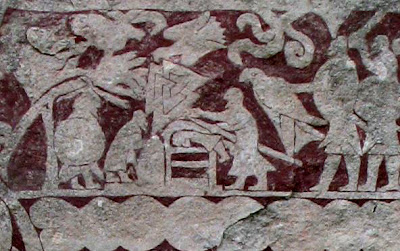 A general festival for all the provinces of Sweden is customarily held at Uppsala every nine years. Participation in this festival is required of everyone. Kings and their subjects, collectively and individually, send their gifts to Uppsala; - and – a thing more cruel than any punishment – those who have already adopted Christianity buy themselves off from these ceremonies. The sacrifice is as follows; of every kind of male creature, nine victims are offered. By the blood of these creatures it is the custom to appease the gods. Their bodies, moreover, are hanged in a grove which is adjacent to the temple. This grove is so sacred to the people that the separate trees in it are believed to be holy because of the death or putrefaction of the sacrificial victims. There even dogs and horses hang beside human beings. (A certain Christian told me that he had seen seventy-two of their bodies hanging up together.) The incantations, however, which are usually sung in the performance of a libation of this kind are numerous and disgraceful, and it is better not to speak of them. 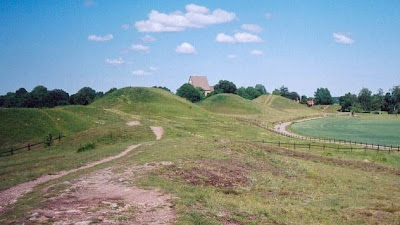 One reader of Adam's manuscript added this in the margin:


Near that temple is a very large tree with widespread branches which are always green both in winter and summer. What kind of tree it is nobody knows. There is also a spring there where the pagan are accustomed to perform sacrifices and to immerse a human being alive. As long as his body is not found, the request of the people will be fulfilled. A golden chain encircles that temple and hangs over the gables of the building.

When the Swedes converted to Christianity, the Uppsala temple was destroyed and the sacred grove cut down. Their first bishop took his seat at Uppsala, building the country's first cathedral near the burial mounds of Sweden's pagan kings. 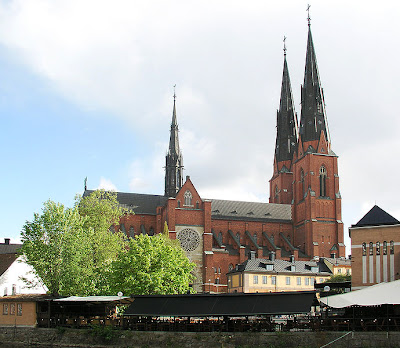 In 1287 the bishops began building a much larger and grander structure, the largest medieval church in Scandinavia. The church is built of brick, with thick walls and rather small windows, typical for Scandinavia in this period. It was completed in 1435. 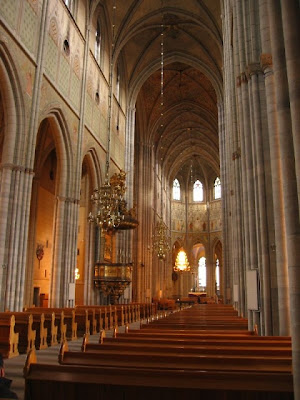 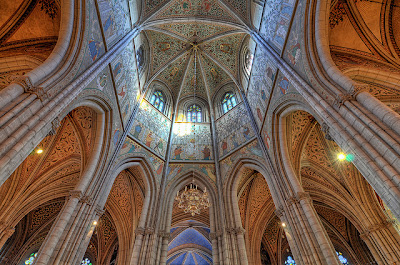 Some of the side chapels are highly decorated. 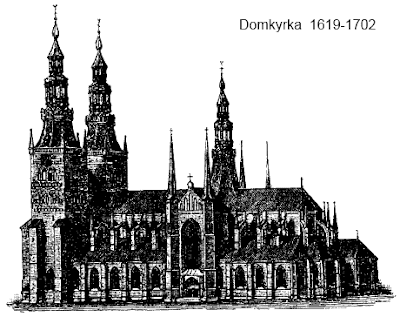 The oldest drawing of the cathedral, from the seventeenth century. 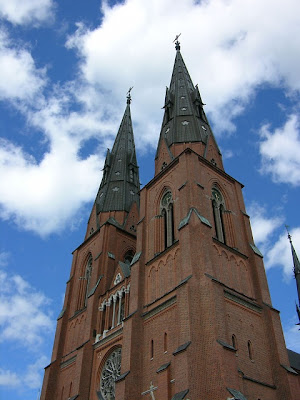 The towers were damaged several times by lightning and were rebuilt differently each time. The towers you see today were designed by architect Helgo Zettervall, who wanted the cathedral to look more French, and completed in the 1880s. 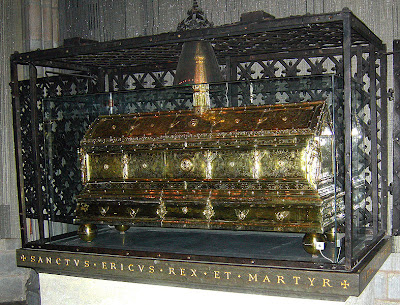 The cathedral is the burial place of many Swedish kings and queens. This is the reliquary of Eric the Saint, whose bones were moved to the new cathedral not long after construction began. Eric the Saint, or Eric IX, was a minor twelfth-century ruler about whom nothing is known except that several writers later made up stories about him in a failed attempt to get him canonized by the pope. 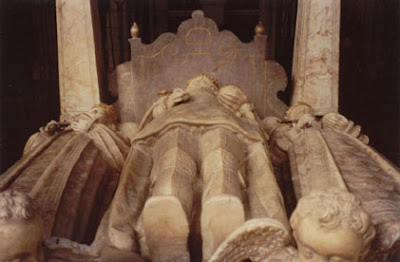 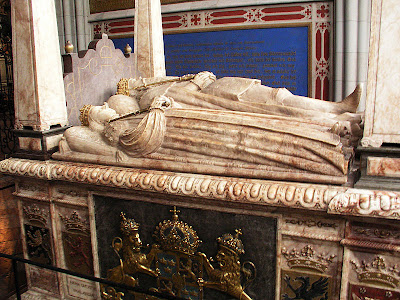 The famous tomb of Gustav Vasa (1496-1560), depicted lying in bed between two of his queens. His third queen is also in the tomb but is not shown on the monument. Since she was only 17 when the married the aged, twice-widowed king, perhaps she was still alive when this was carved, or perhaps the king's relatives considered her a brazen hussy, or perhaps there just wasn't room in the bed for three wives. 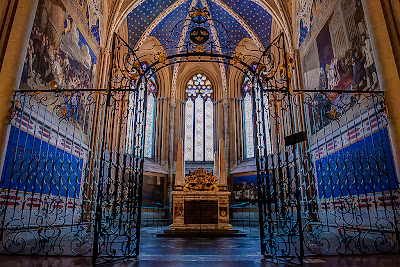 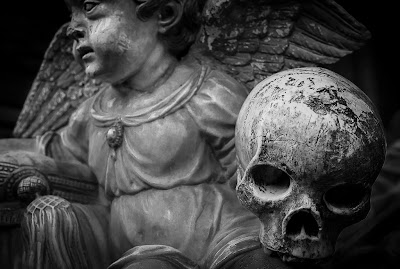 Detail of the tomb. 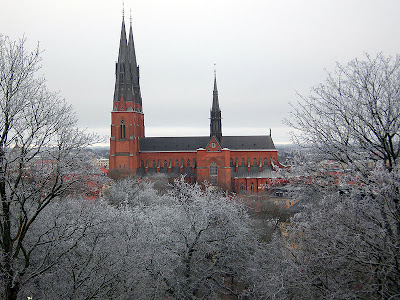