Unicorns at the Cloisters 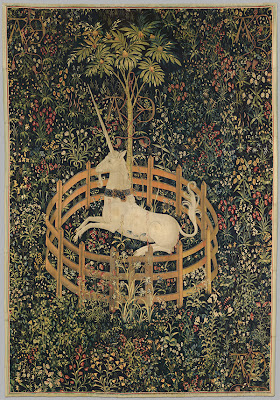 The Cloisters is celebrating its 75th anniversary by staging an exhibit on unicorns through the ages. Above, their famous Unicorn in Captivity tapestry, dating to around 1500; John D. Rockefeller paid $1 million for the set of seven unicorn hunt tapestries in 1922. 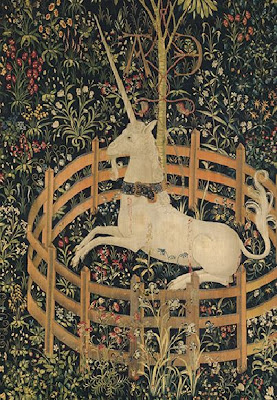 Detail. My older sister, now an art history professor, had a poster of this on her wall as a girl, and I always thought the flowers were the best part.
' 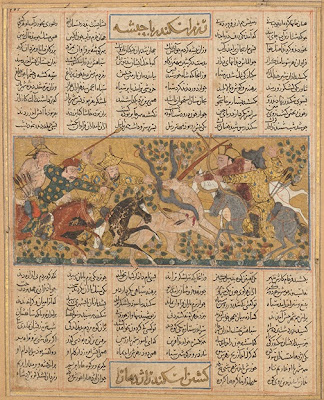 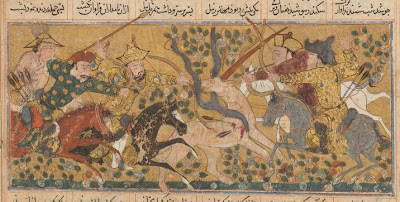 "Iskandar Kills the Monster of Habash," From a Book of Kings (Shahnama) by Abu'l Qasim Firdausi (935–1020). One of the many, many wonderful illustrated versions of this fabulous book, possibly made in Baghdad in the 14th century. 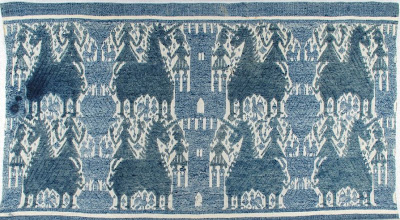 Unicorns on a sixteenth-century woven cloth from Perugia, Italy. 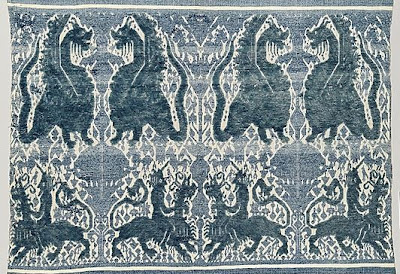 Wyerns and dragons (?) from the same cloth. 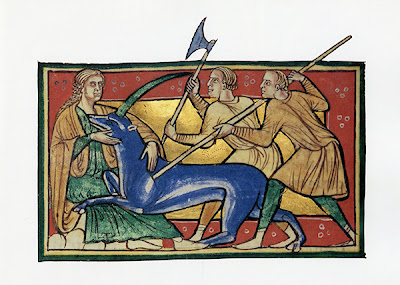 "A Maiden Taming a Unicorn," detail from the Worksop Bestiary, English, ca. 1185. Based on a greyhound, I would say. 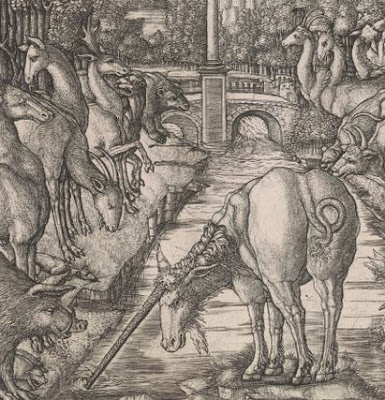