New App Prevents Icelanders from Sleeping with their Relatives 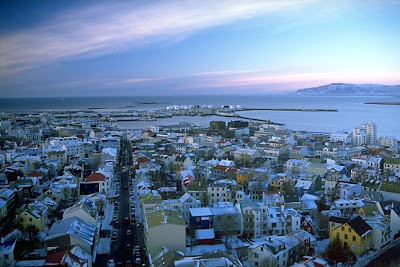 Everyone has heard of (or experienced) it when someone goes all in with someone and then later runs into that person at a family gathering some other time. This new app might just prevent such awkward moments.

A real problem, considering that there are only 320,000 people in Iceland, most of whom are descended from a few thousand settlers who arrived on the island more than a thousand years ago, and most of those settlers came from the same part of Norway. We are not talking about a diverse population. But take heart! News of Iceland reports on a new App that can help you from sleeping with people who are too closely related to you:


The Icelandic population is very small and all Icelanders are related. But yet, it is big enough so everyone doesn't know one another. This means that each and every Icelander that is in a relationship, is dating a relative. In most cases those relations are distant. But not always. But how can they know?

We all derive from the same family tree. An online registry, Íslendingabók ('The Book of Icelanders') holds information about the families of about 720,000 individuals who were born in Iceland at some point in time. Today, the population in Iceland is just about 320,000. The database can be found on islendingabok.is and everyone registered in the database has free access to it.

"Am I sleeping with or dating my cousin?" an Icelander might ask. The answer is: Of course you are, but how closely exactly are you related? The answer to that can be found in the online database, but people might not always have the opportunity to look that up when they are for example out partying. But now there is a solution.

Three engineers made an app for the 'Íslendingabók' database. People can now easily, and on the go, look up how they are related to other Icelanders. And a precious feature, using the bump technology, allows people that meet to just bump their phones together, to instantly see if they are too related to take things any further. The engineers' slogan for this feature was: "Bump the app before you bump in bed".

Ah, the wonders of technology.
Posted by John at 3:24 PM