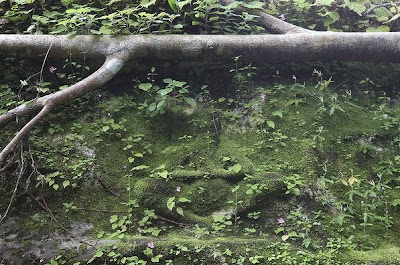 Australian archaeologists discover the long-rumored predecessor to Angkor Wat and other Cambodian cities:


Scratched and exhausted, Damian Evans pushed through dense jungle into a clearing where mountain villagers long ago attempted to grow rice, stepping on to a weed-covered mound. ''Bingo,'' the Australian archaeologist said as he picked up and examined an ancient sandstone block.

''This is a collapsed temple that was part of a bustling civilisation that existed 1200 years ago … It looks like the looters were unaware it was here.''

Over the next few hours Evans and a small group of archaeologists hacked through more landmine-strewn jungle and waded through swollen rivers and bogs to discover the ruins of five other previously unrecorded temples and evidence of ancient canals, dykes and roads, confirming data from revolutionary airborne laser-scanning technology called lidar.

This region was the last redoubt of the Khmer Rouge, who covered it with land minds, which is one reason it is so little explored.

More pictures and video here.
Posted by John at 7:37 AM