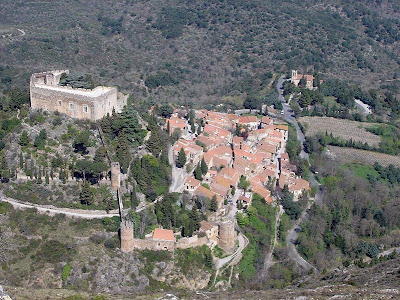 Castelnou, or sometimes Castelnou-les-Apres, is a small village in the far south of France, in the foothills of the Pyrenees. Le Canigou, the sacred mountain of the Catalans, looms above it. 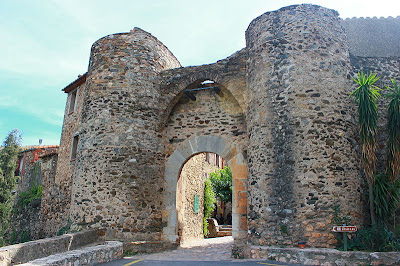 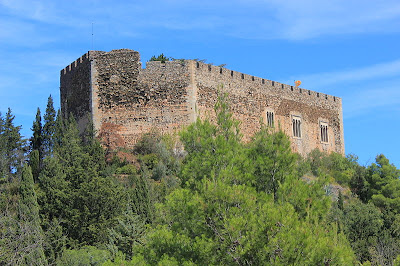 The town clings to the slopes of a castle-crowned hill. This is Le Chateau Vicomtal, or Castelnou, first constructed in 990 by the Vicomtes of Vallesir. In 1286 it was besieged and eventually taken by James II of Mallorca. It was taken again in 1559 by the regional governor, who blew it up. It languished in a half ruined from then until the twentieth century, when it was partially rebuilt. The church of Sainte Marie del Mercadal, built in the twelfth century. 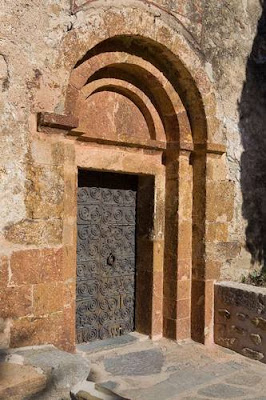 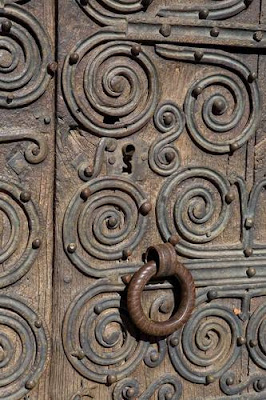 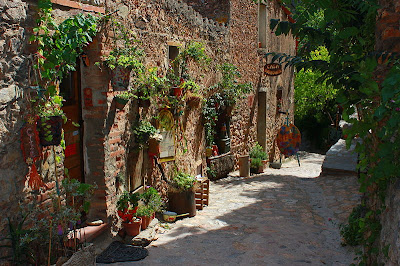 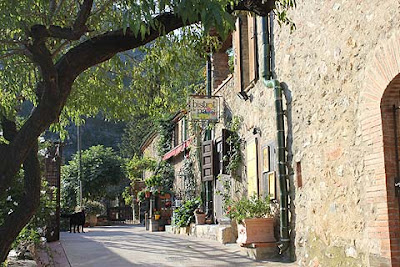 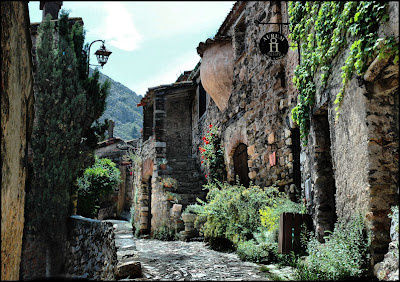 These days the town is mainly a tourist spot, known for these wonderful winding streets and stone houses. 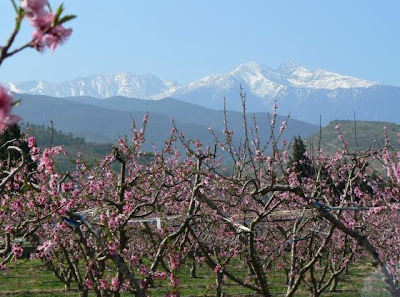 View of le Canigou from an orchard outside the town. 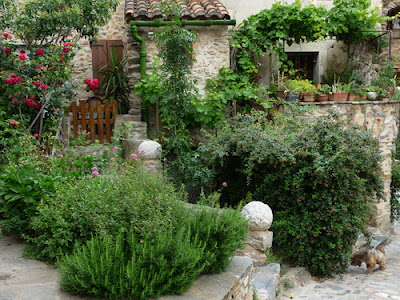 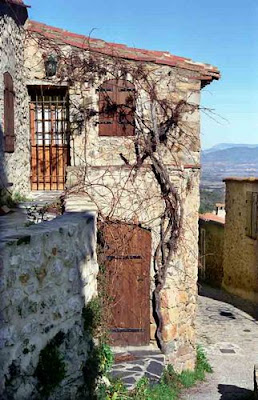 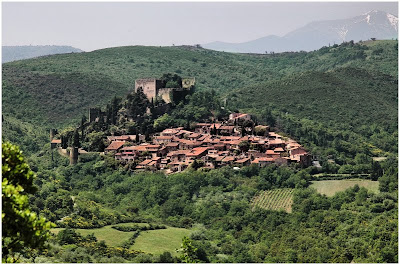