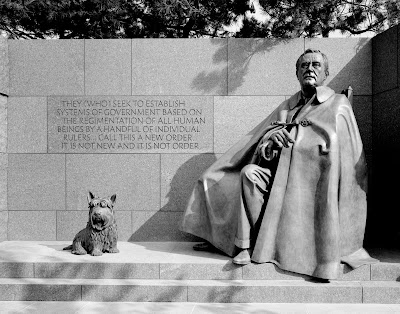 American sculptor (1926-2019) who despised abstraction; he told an interviewer, "Art wasn’t meant to be a mystery." He got his start designing dolls. He had his biggest success late in life, winning major commissions like the FDR Memorial. 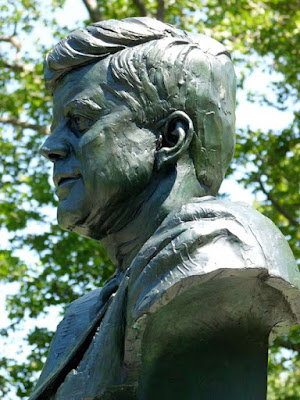 His bronzes had the intentional roughness of much 20th-century bronze work, which I always found a little offputting; for some reason many sculptors of that era were determined not to be too classical, or too much like Renaissance masters. 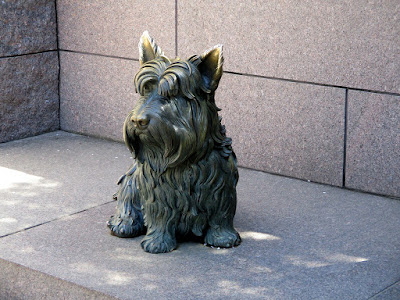 But this portrait of Fala might actually be the most widely loved American sculpture of the century. Really. You should see all the people taking photographs of it.
Posted by John at 7:13 AM 1 comment:

As all historians know, the past is a great darkness, and filled with echoes.

— Margaret Atwood, The Handmaid’s Tale
Posted by John at 6:59 AM 1 comment: 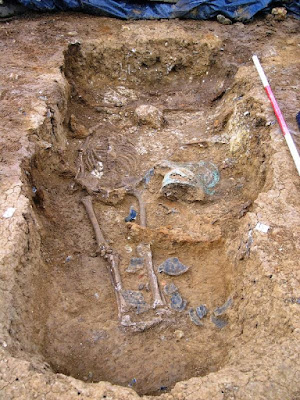 In 2008, the grave of an Iron Age warrior was excavated near Chichester in West Sussex, England, where it happened to be in the way of a new housing development. It dates to around 50 BC. 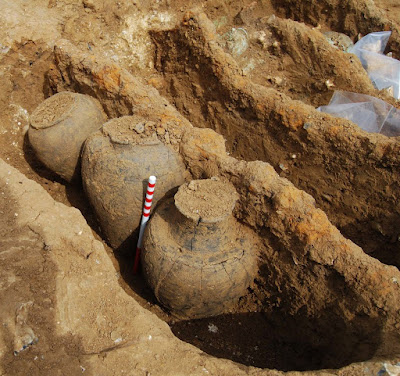 The grave included a bent sword, a shield, and an array of large pots. 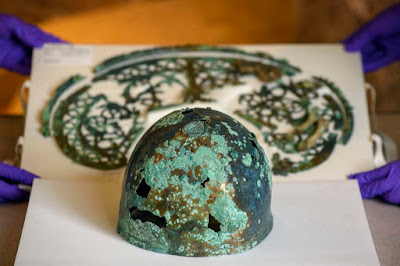 The most striking find was the warrior's helmet, which had an elaborate bronze crest to which, the excavators think, long tufts of horsehair were once attached. Quite the showman. 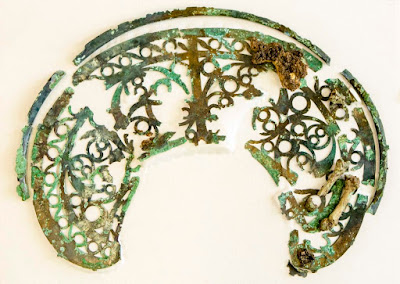 A Cloud of Butterflies 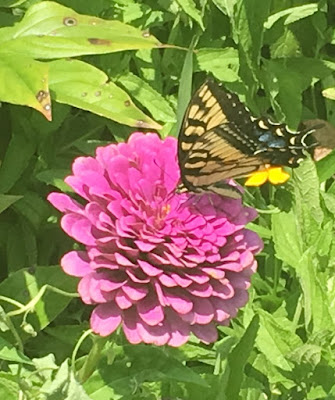 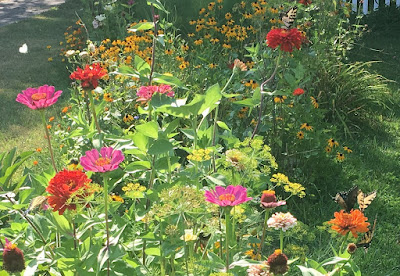 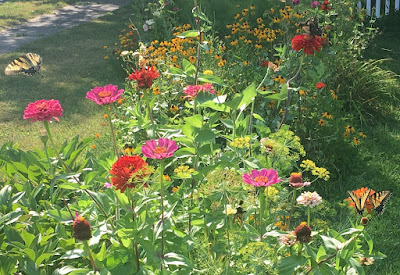 This week my garden has been so full of butterflies that people driving by stop to look. At one glance one can see twenty or thirty at once, sometimes three on one zinnia flower. It's glorious. At least that's one good thing about the very hot weather we've had: the butterflies love it.
Posted by John at 9:23 PM No comments:

Should Only Winners Get Trophies? 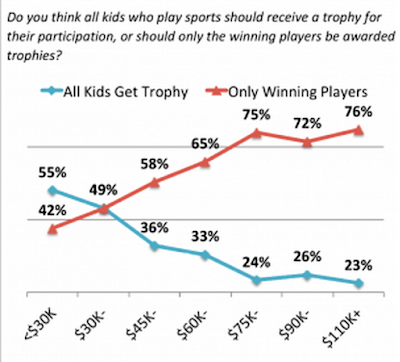 This is a question that divides Americans in many ways, for example 80% of Libertarians opt for winners only, vs. 53% of Democrats. But the biggest difference is by income. Scott Alexander comments:


The richer, whiter, and better educated you are, the less likely you support prizes-for-everybody and the more likely you are to support winner-take-all. In other words, the people saying everyone’s participation should be celebrated whether they win or not are probably the people who don’t expect to win very often. 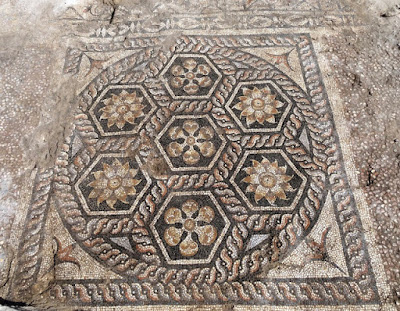 American houses have gotten a lot bigger since 1970, but people don't like their new big houses any better than their old small houses, unless they are bigger than the other houses in their neighborhood.

Also, having a big bank balance makes people feel richer than a much larger amount of property or investments.

In Sweden, an Iron Age man was buried in a boat with his horse, dog, and sword.

In Mesa, Arizona, a policeman fatally shot an unarmed man who was on his knees with his hands up. Even though this was captured on video, he was acquitted of homicide. He was fired from the force, but then he was briefly rehired so that he could claim disability because, he says, he suffers from PTSD from killing an unarmed man.

In 2009, the European Union gave a one billion Euro grant to a team of neuroscientists who proposed to create a computer simulation of a human brain. They promised they would do it in ten years. They failed.

Scott Alexander summarizes Tom Wolfe's The Electric Kool-Aid Acid Test (a famous narrative of the origins of hippie drug culture) so you don't have to read it.

The NY Times brought together some artists and curators and asked them to name the 25 art works that best define the era since 1970. I had the same reaction as another old fud, David Brooks. Let me just state my credo here: politics is not the most important thing in human life, and when your art is just politics something vital is lost.

But there is one very interesting work among the 25, Arthur Jafa's short film "Love Is the Message, the Message Is Death." It is political, but it is not just political; it is also art. 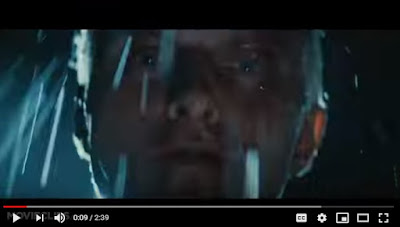 Isaiah 60: the Glory of Zion