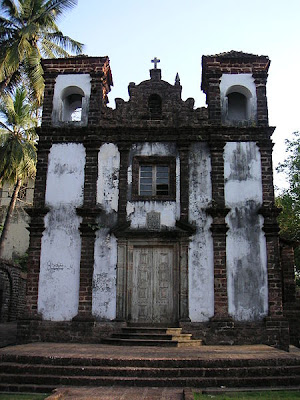 Goa is a district on the southwest coast of India that was long ruled by the Portuguese. The Portuguese, led by Afonso de Albuquerque, conquered the town in 1510. It has always amazed me that they were able to do this, at the end of their 10,000-mile supply line, with tiny ships and weak cannon, just 12 years after Vasco da Gama's return from his great voyage around the Cape of Good Hope. They established a colony there that was a place of both great wealth and, for arrivals from Portugal, imminent death. 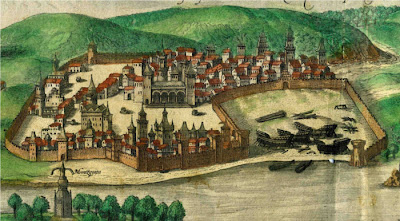 The trade in pepper, indigo, and other goods was so profitable that many Portuguese risked all to take part and the city prospered. By 1543 it had over 100,000 inhabitants. Above, drawing of the town from an atlas of 1600. 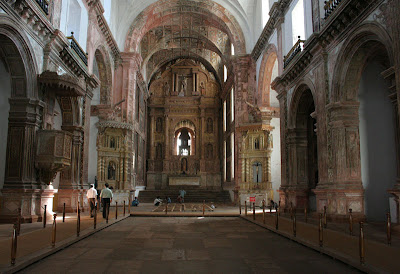 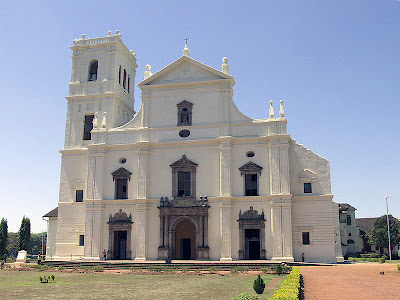 The death rate from malaria and other tropical scourges was so high that the Portuguese mostly abandoned Goa town in the 1700s, and the old core of their colony became a virtual ghost town. But before that they built a number of lovely churches, including the Cathedral of St. Catherine. 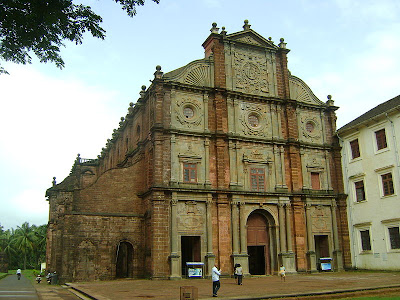 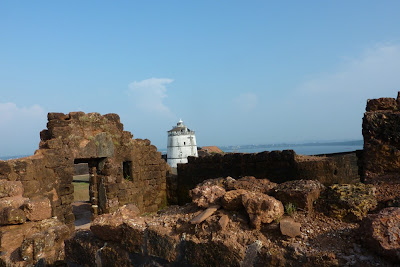 They also built a number of forts around the colony; this is Aguada fort, rebuilt in 1725 on the foundations of several earlier forts. 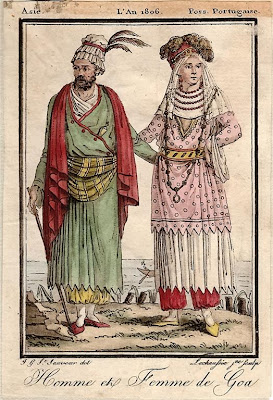 The Portuguese in Goa went half native. Their clothes, food, and houses were a fusion of European and Indian styles. Above, a 17th-century painting and an engraving by Grasset de St.Sauveur, from 'Voyages Pittoresque dans les Quatres Partis du Monde', 1806 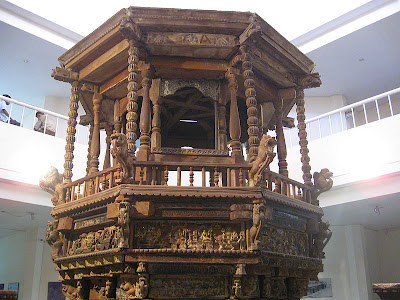 Above, the governor's chariot, in the Goa museum. 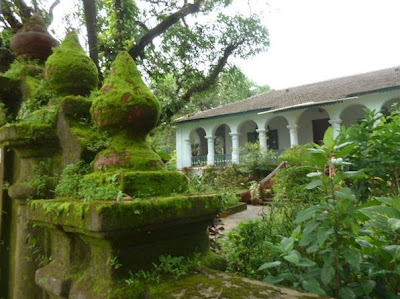 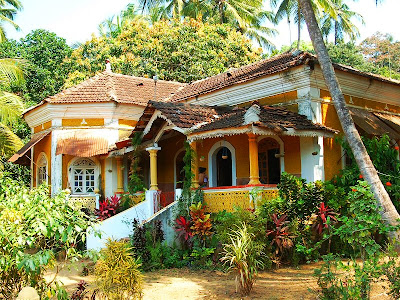 The old houses of Goa are particularly distinctive. Whereas the Indian houses of this region had faced inward toward courtyards, the Portuguese houses opened outward, shaded by wide verandas. 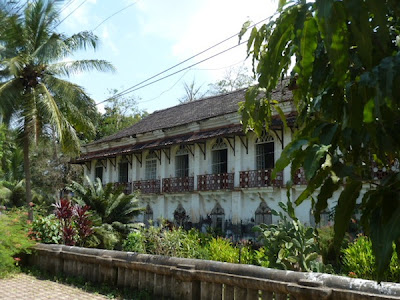 The Portuguese held Goa until 1961. Their influence is still strong in the region, especially in the food and architecture. 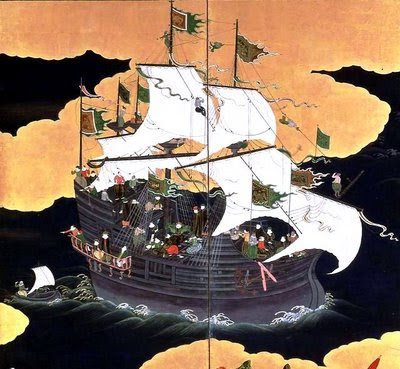