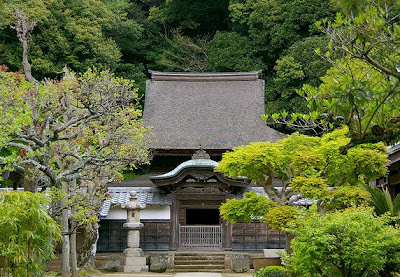 Engaku-ji is a Zen Buddhist Temple in the city of Kamakura, Japan. Above is the Shariden, the shrine containing a tooth of the Buddha. 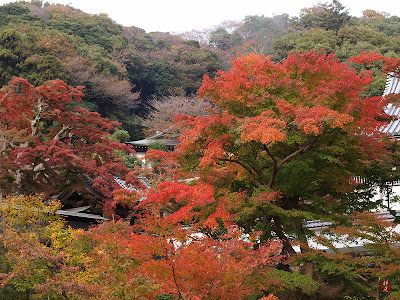 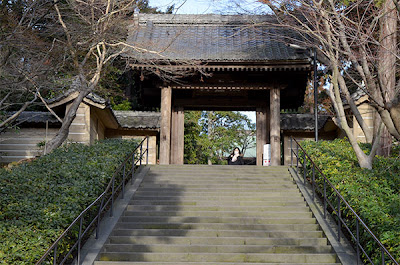 The making of numbered lists was one of the Chinese habits that the Japanese took over, so you will be pleased that this is "number two of Kamakura's five great Zen temples." 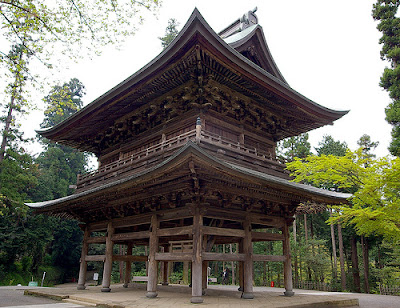 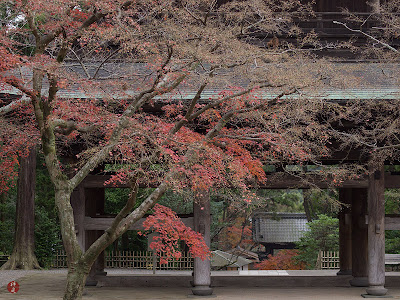 The temple was founded by the regent Hojo Tokimune in 1282, in thanks for the failure of the second Mongol invasion and to honor fallen soldiers. Above is the main gate or Sanmon, built in 1783. The modern form of the temple complex dates to this period. 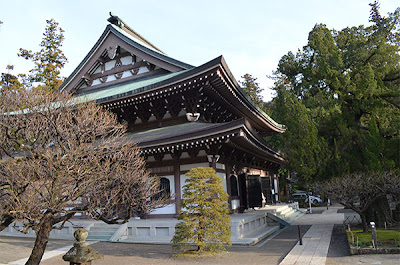 The main hall or Butsuden, which displays an ancient wooden statue of the Buddha. This building was recently rebuilt after the old one fell down in an earthquake. Most of Japan's temple buildings have been destroyed and rebuilt at least once, and the Japanese have generally been puzzled by the western fascination with buildings just because they are old. There was a dispute a few years ago over a temple that the Japanese wanted to make a World Heritage Site, only to have the UN balk because all the buildings had been rebuilt in recent times. To the Japanese the temple was still a thousand years old even if none of the buildings was older than a century. 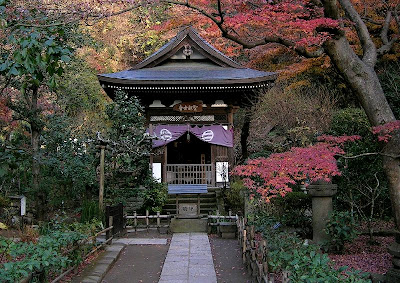 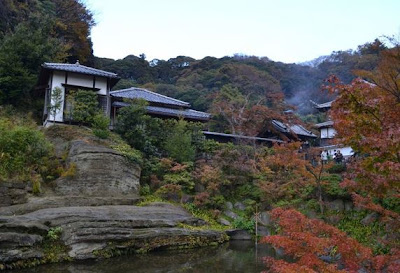 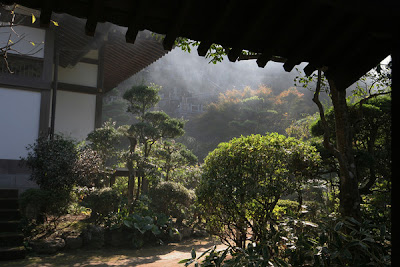 Views of the gardens. According to our accounts, when construction of the temple began, a manuscript of the Sutra of Perfect Enlightenment (in Japanese, engaku-kyō 円覚経) was dug out of the hillside in a stone chest, giving its name to the temple. 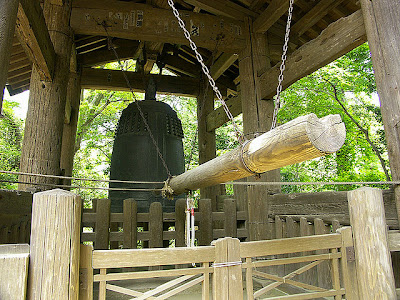 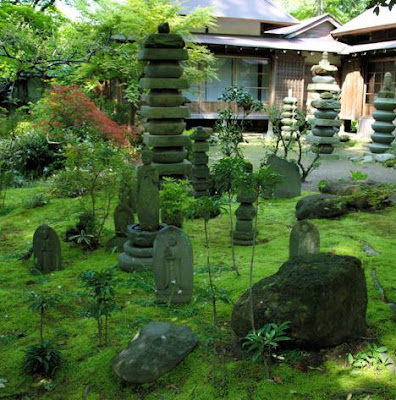 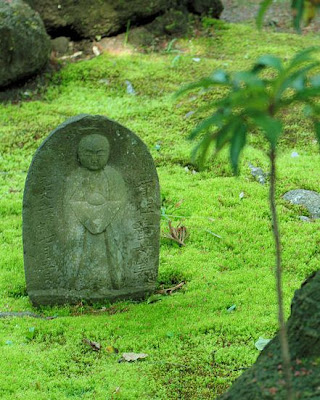 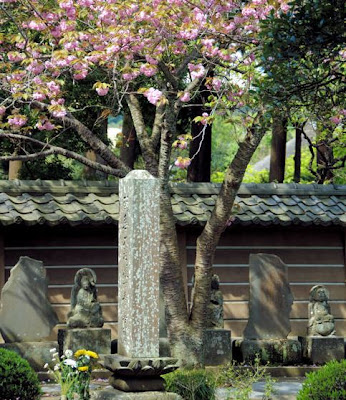 In the courtyards of the monks' quarters. 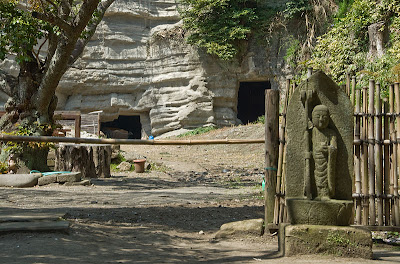 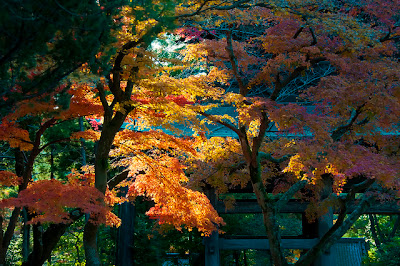 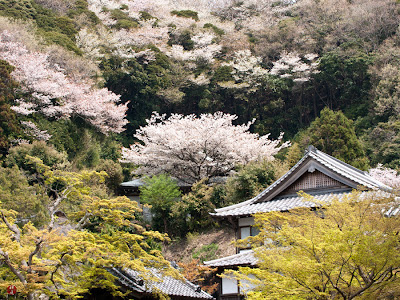 What an amazing and beautiful place.
Posted by John at 7:19 AM