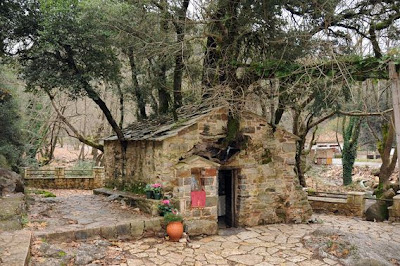 
According to local legend, Theodora lived in the 10th century in the town of Vasta. When the area was raided by bandits, she disguised herself as a man to join the defense. In the battle that followed she was fatally wounded, and just before her death asked God to change her body into a church, her hair into a forest, and her blood into the water that will feed the trees.

The roots of the trees are invisible, and the locals consider the survival of both the trees and the chapel a miracle. 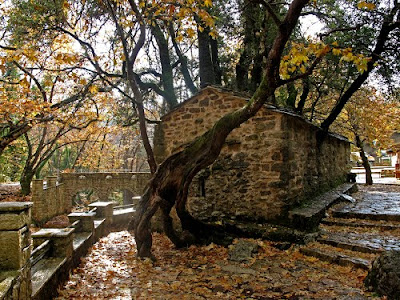 The chapel is built over a spring. Recent investigations using ultrasound showed that the roots of the trees reach the ground by passing through small cracks within the stones of the walls, drawing water from the spring. The roots and the stone have become a single structure, and within it there is considerable tension. The tension holds the chapel up, but one day it might get out of balance and catastrophically implode. 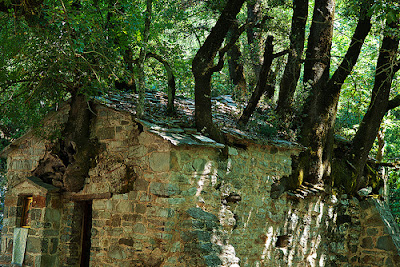