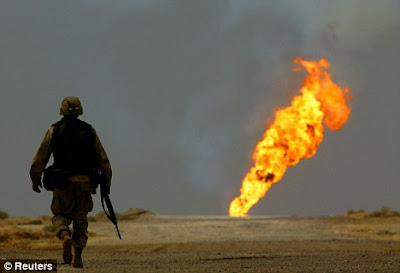 After they got back from the Gulf War of 1991, many America and British veterans got sick. They had a wide variety of symptoms -- fatigue, headaches, shortness of breath, gastrointestinal troubles, joint pain,  memory loss, and more. The U.S. Veterans Administration estimates that about 250,000 of 700,000 Americans deployed to the Gulf have reported "chronic multi-symptom illness."

What this means has been disputed since the day the war ended. The senior commanders of the Army and Marines hate all this stuff, and they have opposed all talk of Gulf War Syndrome. The first large studies comparing military personnel who had gone to Iraq with those who had not, commissioned by the VA, seemed to show no difference; that is, privates who had spent the war in Pennsylvania had the same rates of hospitalization and major illnesses as those who went to Iraq. But that by no means ended the controversy, and sympathetic Congressmen have gotten the VA to do study after study, trying to pin down the nature and cause of the illness. As the studies have gotten bigger and their methods more sophisticated, they have found that Gulf War veterans seem to be sicker than the rest of us, in that same category of "unexplained multi-symptom illness." Controversy still rages over this claim, though, because critics say the VA just kept looking and looking until they found some way that Gulf War vets were different. In terms of the big indexes, like hospitalizations, they are still not sicker than vets who stayed home.

One thing these studies have managed to do is to rule out as causes many of the things that freaked out soldiers while they were serving in the Gulf: the vaccines against botulism and anthrax, exposure to oil well fires, depleted uranium from tank shells, and so on. None of these has been shown to explain the illnesses, and many of the sick were not exposed to any of them. Two factors that may be associated with GWS are exposure to organophosphate pesticides, which the Army sprayed very liberally to control mosquitoes, lice, fleas, and so on; and the pyridostigmine bromide pills that were given out as protection against nerve agents. But these are only associated with GWS, in that men exposed to them are more likely to be sick; they cannot explain most cases of GWS.

Which brings us to the latest study of the hearts and brains of 28 men suffering from Gulf War Syndrome and 10 Gulf War veterans without health complaints. All of the men with GWS, the experimenters note, could have been diagnosed with Chronic Fatigue Syndrome based on their symptoms. Since so many of the complaints of men with GWS are related to exercise, the experimenters decided to have the subjects exercise and then look at them. Interestingly, the first exercise tests divided the GWS sufferers into two groups: 18 men had tachycardia, or rapid heart beat; 10 had hyperalgesia, extreme sensitivity to pain. 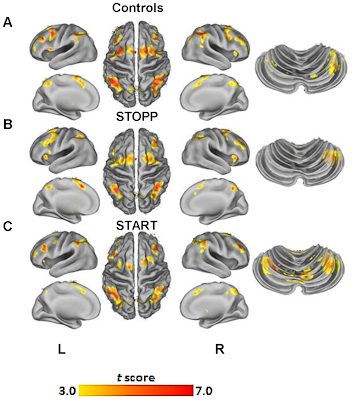 The researchers then looked into the subjects' brains using fMRI. They found that the brains of the three groups -- controls GWS sufferers with tachycardia, and GWS sufferers with hyperalgesia -- looked different, especially when they were given short term memory tests. 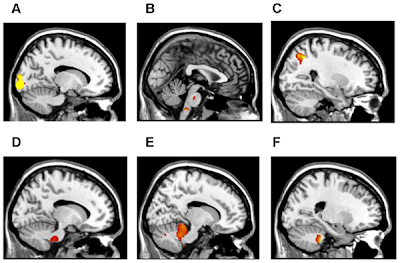 They also found small but significant differences in the size of different brain regions in the three groups.

The published article on this study is downright vague about what any of this means. But in press interviews the scientist have claimed that these results show "neurological damage" in the GWS sufferers:


The research makes clear that “gulf war illness is real,” said Rakib U. Rayhan, the principal author of the new study. “There is objective evidence that something is wrong in the brains of these veterans.”

This and all similar claims leave me scratching my head. Obviously something different is happening in the brains of people with GWS. But we don't need fMRI scans to show that. The plain fact that their behavior is different, and their experience of life, shows that their brains are different. What else could cause differences in behavior if not differences between brains? 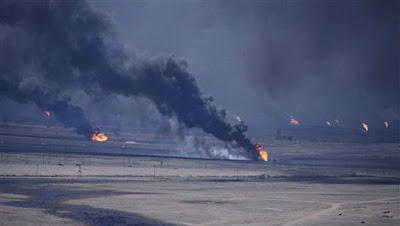 I am mystified by the distinction between illnesses that are "psychological" and those caused by subtle changes in the brain. Isn't every psychological difference based on differences between brains? If a horrible experience with spiders as a child gives you a lifelong fear of spiders, that must be because it led to a physical change in your brain. What else could it possibly mean?

Some doctors who are not impressed by all talk of military vaccines, nerve agents, and so on do believe that Gulf War vets have problems. Here is Dr. John Bailar of the University of Chicago, lead author of one of the first large studies of GWS:

Stress, as we know from hundreds of studies, causes physical changes in the brain. And soldiers have been suffering ill health for centuries, as this gem from wikipedia reminds us:


A review of the medical records of 15,000 American Civil War soldiers showed that "those who lost at least 5% of their company had a 51% increased risk of later development of cardiac, gastrointestinal, or nervous disease."

One of the most debilitating kinds of stress is worrying all the time that you are sick. So if you combine the horrible experience of war with the environment of the Gulf, which clearly freaked out a lot of soldiers -- strange vaccines, strange pills, toxic smoke in the air, constant talk of chemical and biological weapons, etc. -- with years of media attention to the mysterious illnesses of Gulf War vets, why wouldn't that cause changes in people's brains?

So I think this fMRI study tells us exactly nothing. If something about the Gulf War experience has made people sick, we still don't know what that is.
Posted by John at 7:00 AM

Those brain studies may not tell us much, certainly nothing definitive, but they're a nice piece of data. Why bash them? Yes, the news reports and the grants process require the researchers involved to make exaggerated claims about their discoveries; but that is a different argument that you have made elsewhere, and which you do not seem to be making here. Here you seem to making a claim that common sense can render some research unnecessary. Yes, common sense tells us that different mental conditions must be expressed in differences in the brain, but surely the history of science teaches us the limits of common sense. Science wants something more like proof. After all, common sense tells us that the sun moves around the earth. What else could possibly be happening?

Yes, there are interesting things about this study, viz., that there are two different patterns within their subjects with regard to both heart function and brain abnormalities. And I suppose if it turned out that one of those patterns was very rare among other people with PTSD or Chronic Fatigue, but common among Gulf War vets, that might tell us that something special did happen to soldiers in the Gulf. But I am waging a long-term campaign against the notion that differences in fMRI pictures mean that mental problems have physical causes. We don't really know what, if anything, fMRI pictures tell us about brain function, and we also know, as I said, that high levels of stress produce observable differences in the brains of mice and rats. So whenever I see a claim that fMRI pictures mean that mental problems are "real," my alarms go off.