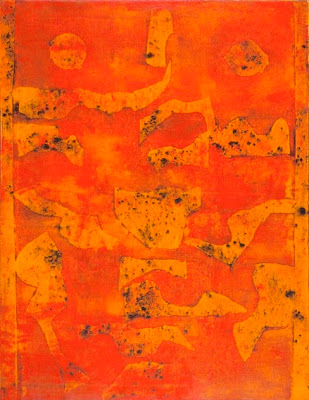 Vasudeo S. Gaitonde (1924-2001) was sometimes called India's most renowned abstract painter. In the difficult way of so many artists, Gaitonde insisted that "there is no such thing as abstract art." He called his work "non-objective," although I can't really see what the difference would be. Very few of Gatonde's works have titles; the one above is from 1987. 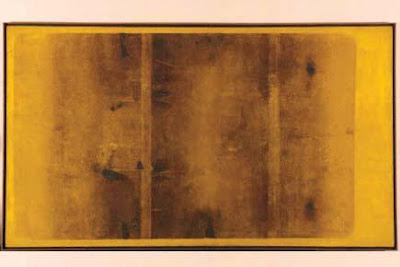 I discovered Gaitonde because his works are really big on the art auction circuit these days. Every major sale of Asian art seems to include at least one, some selling for as much as $950,000. 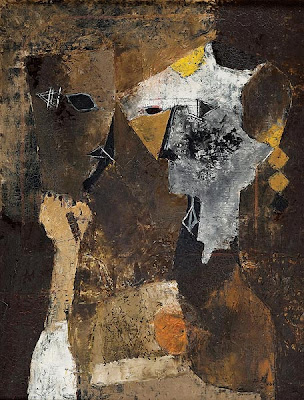 According to an unsourced account of his career that I have found on several web sites,


Gaitonde's works are known for evoking subliminal depths. . . . Art, for Gaitonde, is a process complete in itself and in exploring his inner spaces and transient realities it helps him move towards himself. A non-conformist, Gaitonde always kept himself away from anything that would be extraneous to his identity as a painter. He as evolved as painter who is increasingly more meticulous in the presentation of his identity. 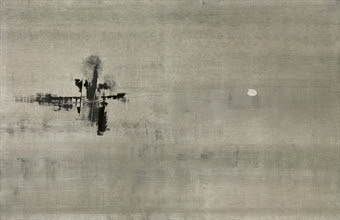 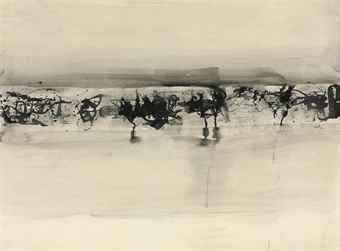 I suppose that means he tried to keep out of politics. But he did live his whole life in India, unlike some other notable artists of his generation. I like these ink on paper works better than the colored canvases; these two especially seem quite striking to me. 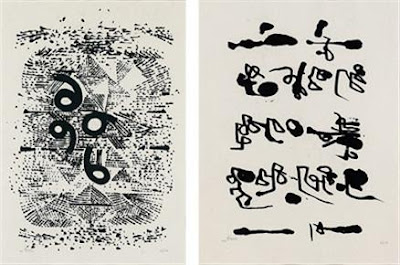 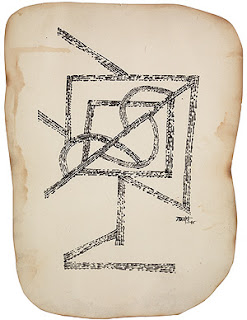 These are rather charming, too. 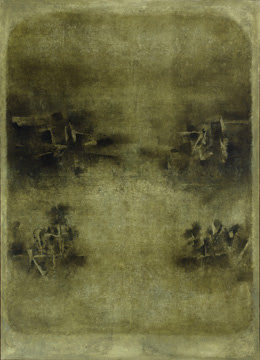 I wonder if anybody has theories in which this work is somehow "Indian", rather than part of the worldwide abstract movement. Does it look Indian? Could anybody who didn't know Gaitonde's work identify it as Indian? I certainly could not. But some of it is nice, and some of it is interesting, so far as abstract art goes.
Posted by John at 9:12 PM