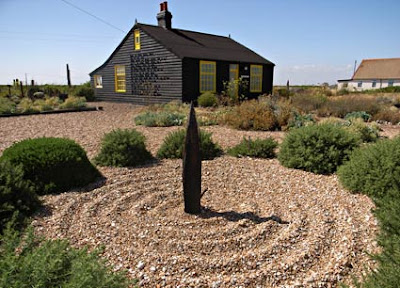 In 1986, English film director Derek Jarman was diagnosed with AIDS. He moved to a little cottage at Dungeness on the shore of Kent, in the shadow of a nuclear power plant, and began to build a garden. He called his house Prospect Cottage. He continued to make movies for as long as his health held out, notably Edward II (1991), in which he made Marlowe's play into a gay rights anthem. But he spent more and more time at Dungeness, and now his garden is probably more seen and more beloved than any of his films. 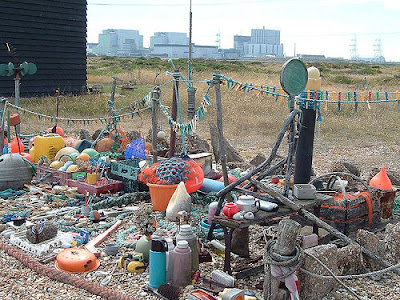 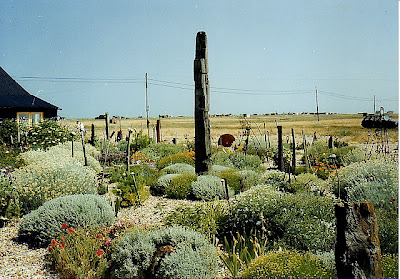 He filled his garden with driftwood and other bits of flotsam from the beach, and planted salt-tolerant plants native to the spot or long grown in local gardens. 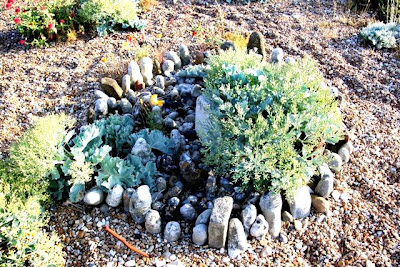 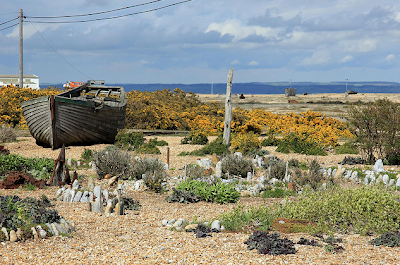 He made rings of stones that he compared to neolithic stone circles. 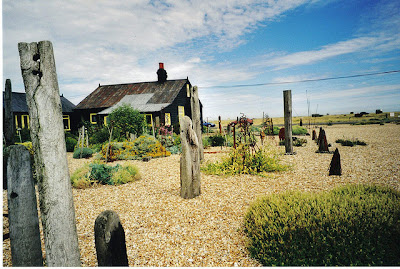 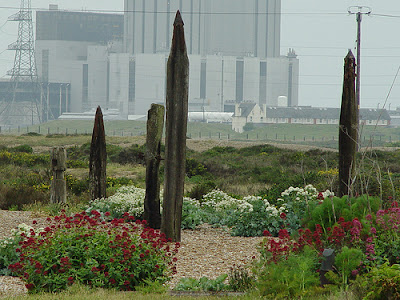 On the wall of the cottage he put this verse from John Donne's poem The Sun Rising.


Busy old fool, unruly Sun,
Why dost thou thus,
Through windows, and through curtains, call on us ?
Must to thy motions lovers' seasons run ?
Saucy pedantic wretch, go chide
Late school-boys and sour prentices,
Go tell court-huntsmen that the king will ride,
Call country ants to harvest offices ;
Love, all alike, no season knows nor clime,
Nor hours, days, months, which are the rags of time.
In that the world's contracted thus ;
Thine age asks ease, and since thy duties be
To warm the world, that's done in warming us.
Shine here to us, and thou art everywhere ;
This bed thy center is, these walls thy sphere