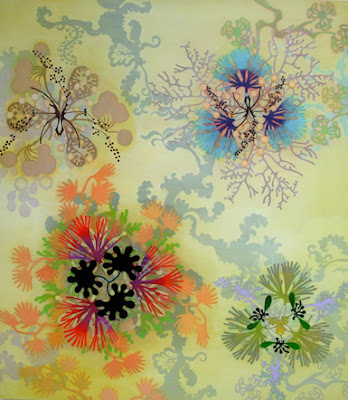 American artist, born in Flint, Michigan around 1957. (I can't find her birth date, but according to her resume she earned her BFA in 1979.) 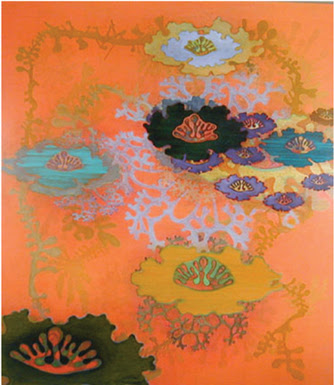 According to the blurb from her gallery:


Annette Davidek's paintings are derived from diagrams of plants, organic life forms as well as old technological illustrations. These sometimes quirky, repetitive images randomly mutate. Some shapes flatten, darken and become almost silhouettes. Florescent splays of color emerge from behind the flattened darker images. At times the images are almost translucent, similar to a light-soaked field seen in a microscope. 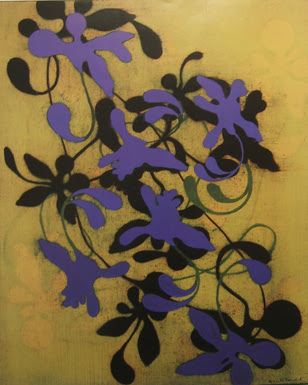 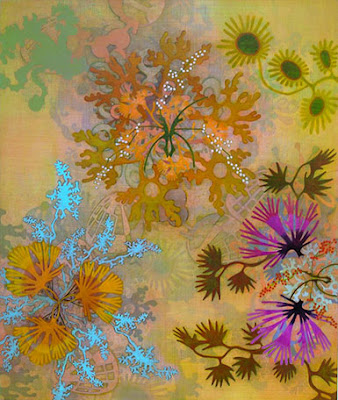 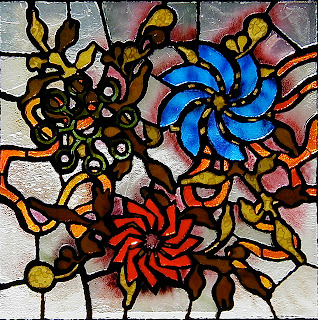 Her most widely known work is probably this stained glass panel, which I gather is somewhere in the NY Subway system. 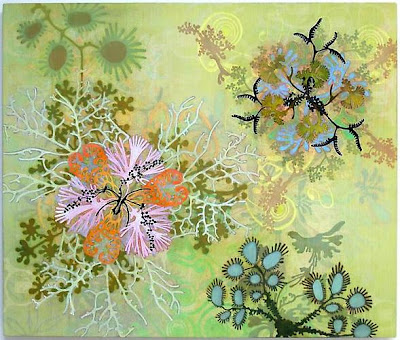 I think they're beautiful though there's something about them that reminds me of 1970s wallpaper.

I really like these! I think they would make beautiful fabrics, especially the most recent ones.