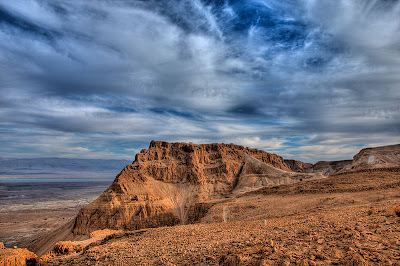 Pictures like this one never cease to astonish me. 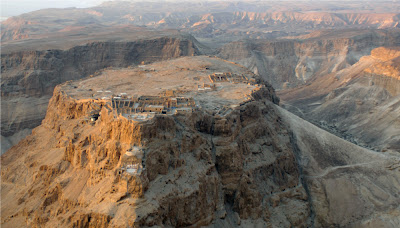 This is the rock of Masada, a natural fortress overlooking the Dead Sea where King Herod built a palace retreat. After the Romans sacked Jerusalem in 70 CE, the remaining Jewish rebels retreated to this place. Perhaps they thought they would be safe here. But in both of these pictures you can see the ramp, rising up from the right, built by the Roman legionnaires when they besieged the place. They used a natural spur of rock, but still they moved a huge quantity of stone to build this. The cliff is 300 feet (90 m) tall, or, perhaps better, very tall but not tall enough. 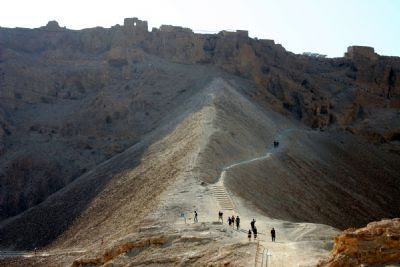 The ramp from the bottom. They also built a huge siege tower with a ram, and when the ramp was ready they pushed the tower to the top and broke through the fortress walls. They found that the defenders and their families, 960 people, had all committed suicide rather than surrender. 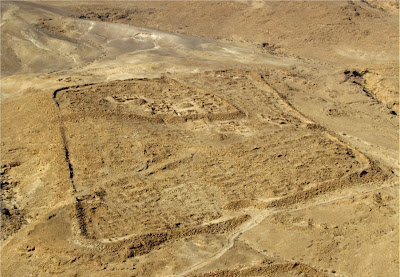 The Roman camp, which looks strikingly like every single other Roman camp throughout their vast empire. 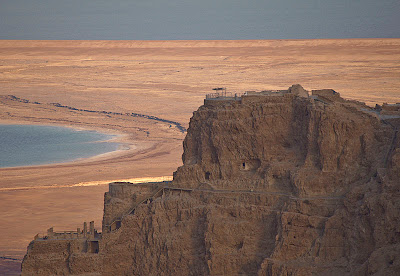 Today Masada is one of Israel's top tourist attractions. It strikes me, though, that it has an ambivalent meaning. I suppose Zionists get all misty-eyed about the great sacrifice their ancestors made for freedom. But anti-Zionists could get equally excited imagining that some future great empire would do to Israel what the Romans did.
Posted by John at 8:32 AM