The Roman Mosaic of Lod 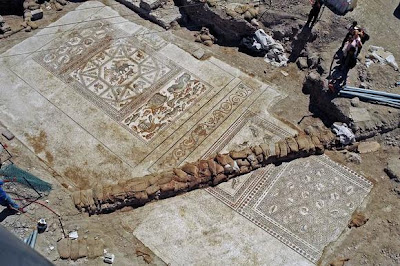 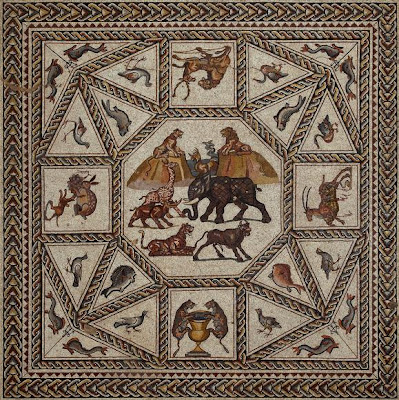 Archaeologists were called in to uncover it carefully and remove it for preservation. The mosaics were part of a large private house; the main panel (above) would have been in an audience chamber. The house had mud brick walls, and after the house was abandoned, some time in the fifth century, the walls collapsed and preserved the floor.

The Metropolitan Museum in New York helped raise funds to preserve the mosaics, and they were exhibited at the Met in 2010-2011. 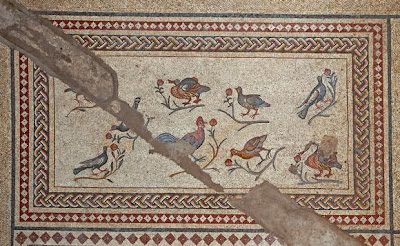 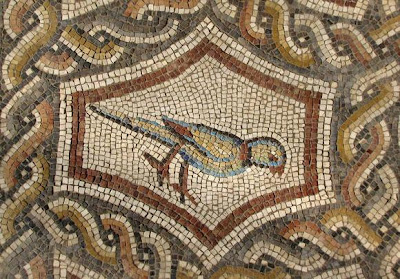 They are still touring the world, while a new center to display them permanently is constructed in Israel. 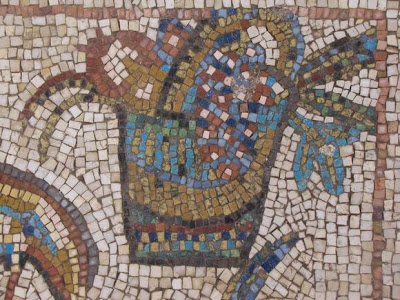 The project has an awesome web site, with hours of video and much else, where you can learn more than you probably ever wanted to know about ancient mosaics. The detailed description of how the mosaic was conserved is especially impressive.
Posted by John at 11:02 AM