An Iron Age Warrior of the Caucasus 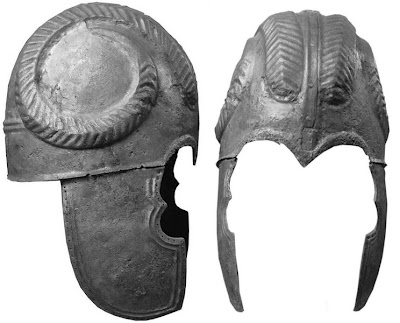 Russian archaeologists have announced the discovery of an amazing tomb high in the Caucasus mountains dating to around 220 BCE. 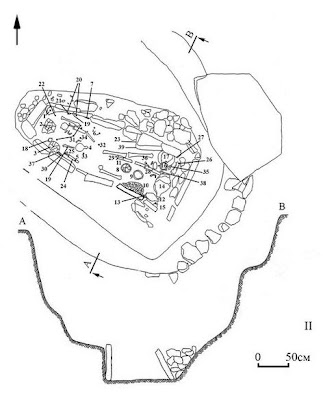 A single man was laid to rest in this stone-lined chamber, along with three horses and a cow. 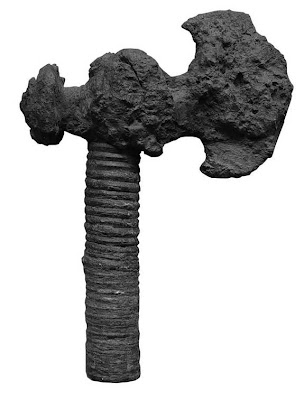 This warrior was buried in chain mail and several weapons, including a 36-inch (0.9 m) long sword placed between his legs. Two bronze helmets were placed on top of the tomb.

Greek influence is apparent in some of the artifacts, and this ornament was made from a coin depicting Athena. 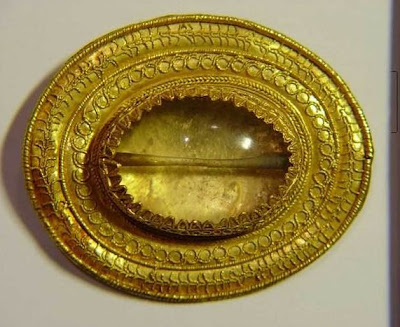 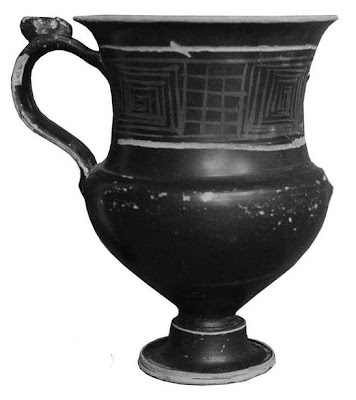 A gold broach, and a black-glazed ewer. 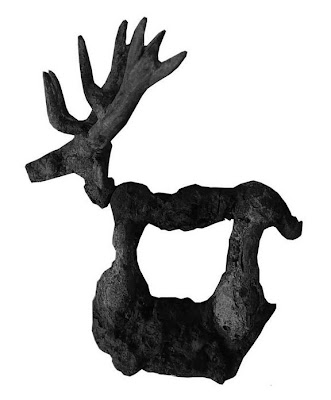 A deer made of bronze and iron. These objects are similar to the ones that came from the graves at Vani, in ancient Colchis; that material also showed Greek influence, along with objects that might have come from the steppes.
Posted by John at 10:07 AM