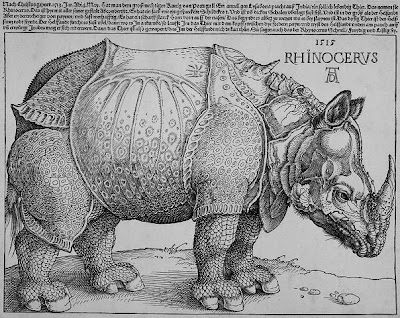 
Why should RINOs hang their heads in shame and be relegated to the fringes of their party? The party is the fringe. Isn’t it time to reclaim the salt lick? RINOs need to be defiantly proud, aggressively centrist and unapologetically sane.

There are a couple of obstacles to this obvious course. First, sane people are too busy Being Normal to organize. No, “normal” is not a relative term. We all know what normal is, and it doesn’t involve carrying gigantic photos of aborted fetuses to political conventions. For example.

We fetishize politics and political display in this country, or at least the media do. But The Normals really are not so interested in politics as guerrilla theater as programmers, consultants and spinners seem to think they are. Most would like the country to rock along without drama — operating within a reasonable budget, with respect for privacy and the rule of law, compassion for the disadvantaged and an abundance of concern for national security, including border control but not necessarily drone attacks on citizens. More or less.

Perhaps without meaning to, Parker touches on one of the major long-term problems with mass democracy. In a democracy, power flows to those who pay close attention and put in a lot of effort. In America this includes things like voting in primaries, which only about 20 percent of us can be counted on to do, attending political conventions, donating money to candidates, and so on. But as Parker says, normal Americans don't want to do those things. That leaves the field open to activists, who are generally much more extreme in their politics than the more apathetic masses, and ambitious empty suits, who can be counted on to mouth whatever slogans are being shouted the loudest around them.

In America, the major corrective to the forces that push politics toward extremes is the presidential election. Many more people vote in presidential elections, including millions who otherwise pay no attention to politics. A party that wants to win the presidency has to develop mass appeal, and this has historically dragged both parties toward the center. This often leads to nominees that party loyalists despise, but once elected they do tend to become the leaders of their parties. We'll see how long it takes this pressure to drag Republicans back from their time in the wilderness.
Posted by John at 7:07 AM