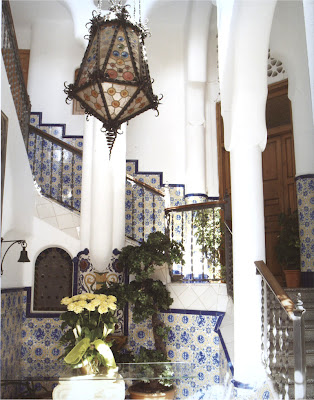 In the last of my series of posts on Catalan architect Antoni Gaudí (1852-1926), I look at some of his interior spaces and the furniture he designed to put in them. He wanted to shape the spaces people lived in, not just put up buildings, and he lavished as much attention on interior details as on the overall form of his buildings. In recent years there has been a push to restore some of Gaudí's interiors to the way they looked in his own time, so now if you visit Barcelona you can get a much better idea of Gaudí's interior design than you could have twenty years ago. Above, the restored lobby of Bellesguard. 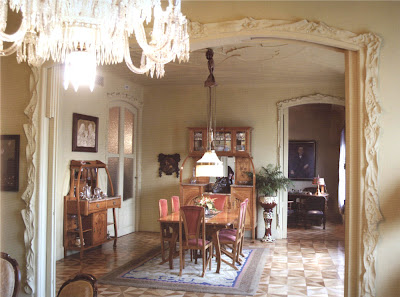 A restored apartment in Casa Mila. You can see that Gaudí saw all the various elements -- archways, floors, windows, light fixtures, furniture -- as parts of an overall design. 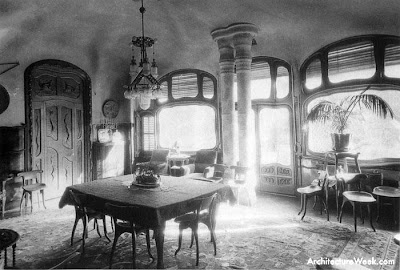 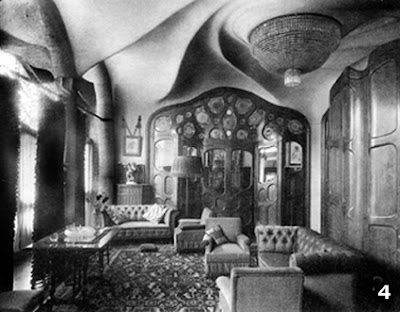 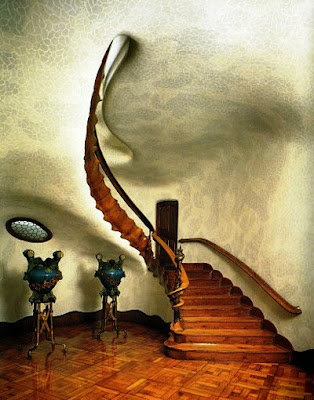 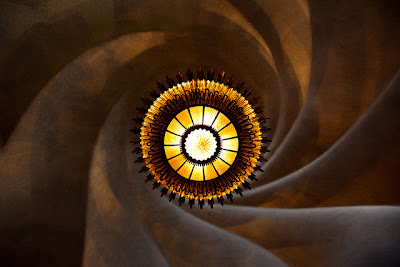 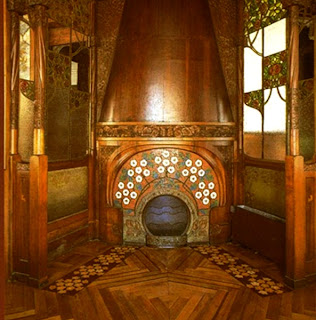 A hearth in Casa Vicens. A good example of the sort of composition Gaudí like to create. 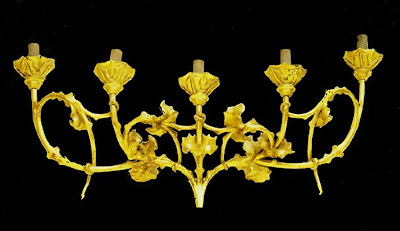 But many of the individual pieces are quite wonderful on their own. Above, a chandelier from the Güell palace. 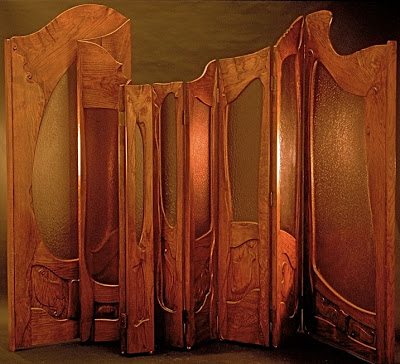 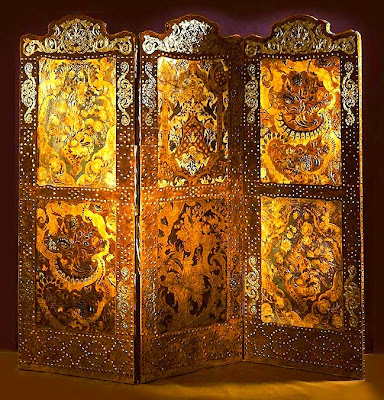 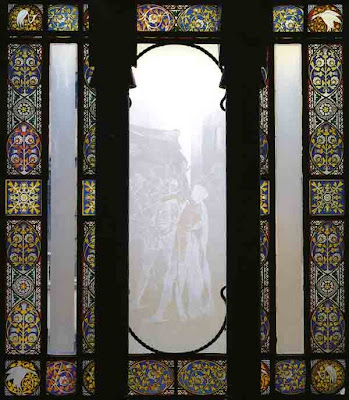 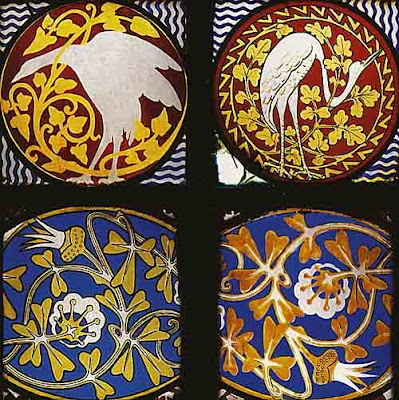 Stained glass from the Güell palace. 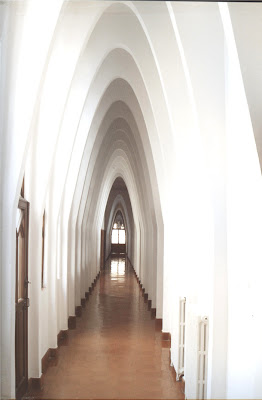 Some of Gaudí's rooms seem overwhelming, amazing to visit but maybe not easy to live in. But as this hallway from the College of St. Teresa shows, he could also create calm, contemplative spaces.

Earlier posts on Gaudí here and here.
Posted by John at 12:21 PM