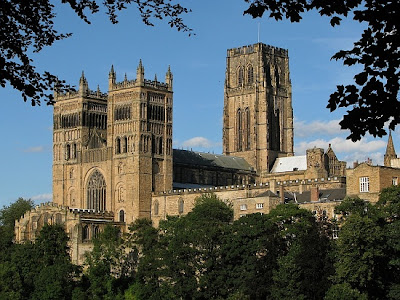 In 1076 the Saxon Earl of Northumberland, Waltheof, rebelled against William the Conqueror. Like most who defied the Conqueror, he lost his head. (Literally.) William engaged in a famous campaign now remembered as the "harrowing of the north," which pretty much wiped out the native nobility. This ended the problem of Saxon revolts but left him with a new security headache: who would defend England against the Scots? William trusted only a handful of the noble captains he had brought with him -- he knew perfectly well that many were pirates who would stab him in the back if given half a chance -- and that trusted few already had key appointments in he south. So he had no secular ally he was willing to install as a mighty Earl of Northumberland on the Saxon model. 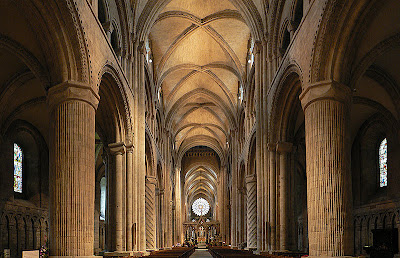 William had great relations with the church of Normandy, and he brought many churchmen across the channel to help him rule his new kingdom. So he turned to the church for help with his security problem. He divided responsibility for holding the north between a reduced earl and a mighty bishop. He made the Bishop of Durham ruler of a whole county and gave him, within that realm, all the powers of the king. In return the Bishop Palatine, or Prince Bishop, would raise armies and build castles to help defend the realm. 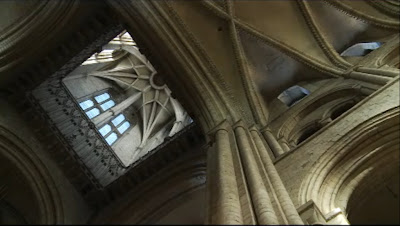 Durham was already a wealthy bishopric, holder of the bones of St. Cuthbert, Northumberland's patron saint. With the new lands given by William, it became suddenly one of the wealthiest sees in Britain. The new bishop, William of Calais, therefore decided that the existing church was not grand enough for his mighty see. In 1093 he began construction of a great church in the Norman style, a variant of the Romanesque. 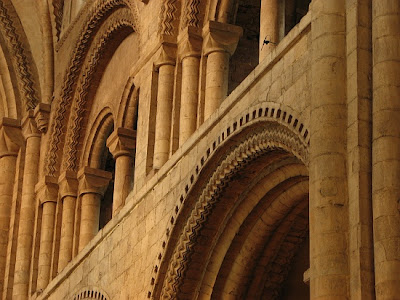 The structure was largely complete by 1133, another sign of the bishop's great wealth. There are later additions, such as the Galilee Chapel, but on the whole Durham is one of the most intact Romanesque churches in Britain. The nave (above) is especially complete. 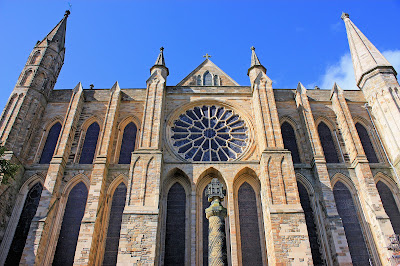 The cathedral was part of a large complex that included a castle and a Benedictine monastery, set on a high bluff in a bend of the river Weir.  "Half church of God, half castle 'gainst the Scot," Walter Scott called it. 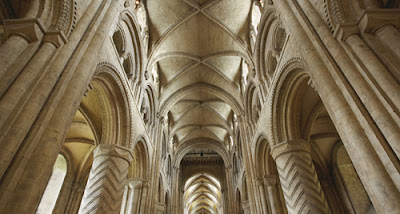 The cathedral was one of the first built with ribbed vaulting, one of innovations that made the great high medieval cathedrals soar. As with most of those innovations, we have no idea what genius invented this system, which reinforces the impression that he cathedrals somehow sprung up from the spirit of the age, rather than being (as they were) designed by particular men to please particular patrons. 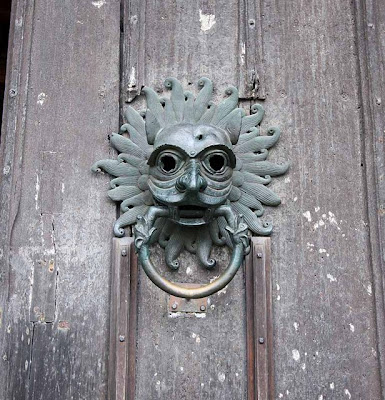