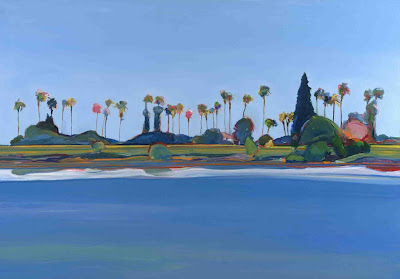 The Crocker Art Museum in Sacramento is holding an exhibit of Gregory Kondos' work to celebrate the American painter's 90th birthday. Above, Sacramento River with 32 Palms, 2001.

He calls his work "modern landscape," and for once an artist has a slogan that makes sense. These are landscapes interpreted through the lens of abstraction; the elements are still recognizable, but they are treated as some painters use abstract forms. On the Sacramento River, above, was commissioned in 2000 for a large wall in the California State Library. 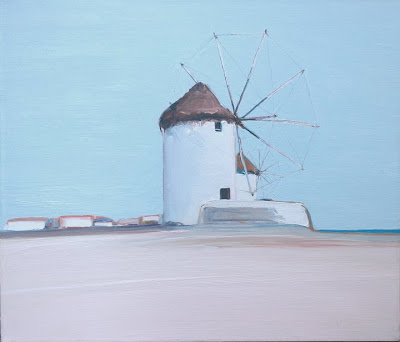 Kondos was a son of Greek immigrants, born in 1923 in the immigrant bastion of Lynn, Massachusetts but raised in Sacramento. His early studies of art, encouraged by his parents, were interrupted by the three years he spent on an aircraft carrier during World War II. He later completed his degree, spent a year at the Art Center College of Design in Los Angeles and then went to California State University in Sacramento. He taught at Sacramento Junior College for 27 years, retiring in 1982. Most of his critical and financial success has come since his retirement, a career path that I find very hopeful. One critic, noting how many paintings Kondos has done of the Sacramento River, dubbed his oeuvre "the old man and the river." Above, The Windmill of San Francisco. 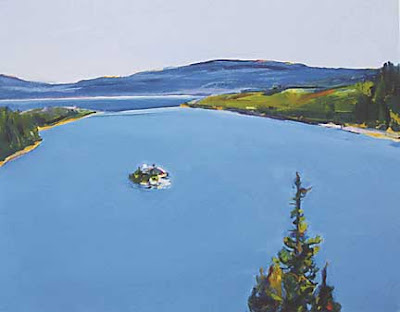 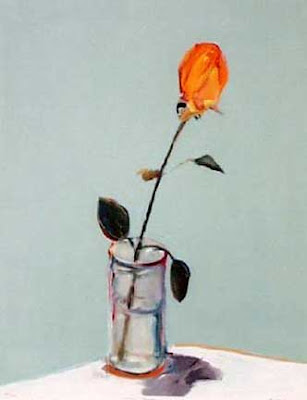 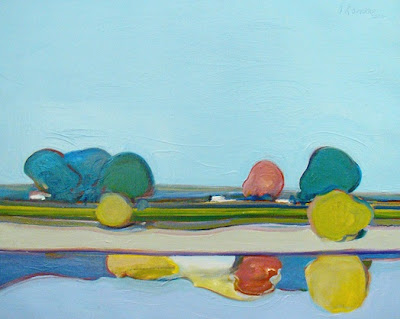 Sunny River Day. A bit too much like an abstraction of gumballs for me, but you have to give a painter some room for experimentation. 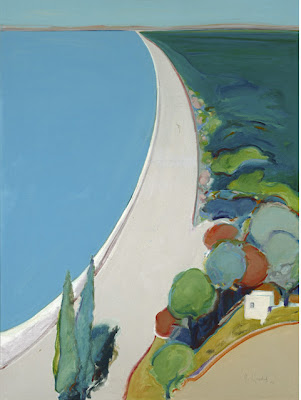 This is the painting, which I saw in an ad for the Crocker Museum exhibition, that first alerted me to Kondos' existence, but they didn't bother to give its title. 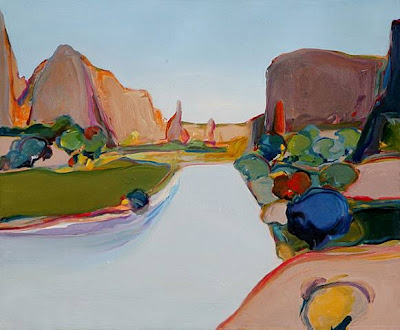 I like these, and they are quite distinctive without being in any way ugly. When you do an image search for works by a painter, Google always brings up a bunch of paintings not by him. In this case I found that I could tell unfailingly, from just the thumbnail, which works were by Kondos and which were not. Plus, you all know that these days I'm fascinated by artists who achieved success over 50, after long careers spent doing things like teaching junior college.
Posted by John at 8:44 AM