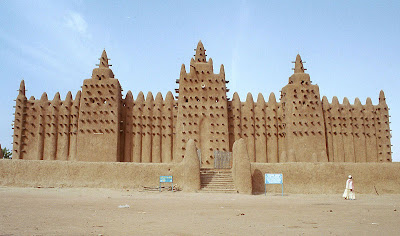 As detailed reports come in from Timbuktu, we are better able to assess the losses to the city's historical heritage. The rebels undoubtedly burned some manuscripts, but much of the most important material was preserved. Lydia Polgreen in the Times:


When the moment of danger came, Ali Imam Ben Essayouti knew just what to do. The delicate, unbound parchment manuscripts in the 14th-century mosque he leads had already survived hundreds of years in the storied city of Timbuktu. He was not about to allow its latest invaders, Tuareg nationalist rebels and Islamic extremists from across the region, to destroy them now. So he gingerly bundled the 8,000 volumes in sackcloth, carefully stacked them in crates, then quietly moved them to a bunker in an undisclosed location. “These manuscripts, they are not just for us in Timbuktu,” Mr. Essayouti said. “They belong to all of humanity. It is our duty to save them.”

So far the number of manuscripts lost seems to be in the dozens, out of thousands. The brick shrines to the city's revered saints also  suffered much damage, but plans are already under way to rebuild them.

Polgreen also notes another focus of conflict between the people of Mali and the fanatics from the desert: music. Mali has a great tradition of music, and in recent decades several Malian musicians have become international stars. The extremists of al Qaeda and other groups banned dancing and even listening to music in public, and this seems to have angered Malians as much as anything else they have done. The people of Mali have made it clear that they want nothing to do with a version of Islam that cuts them off from the music they love.
Posted by John at 10:10 AM