The Antietam Battlefield with Two Children 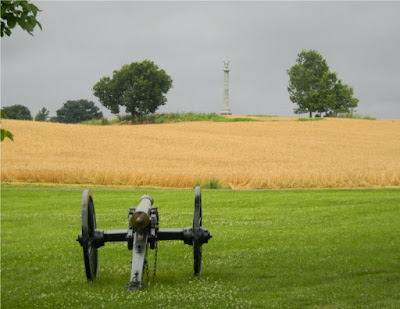 I took my two younger children to Antietam today. Ben, 13, has just started getting interested in military history, and Clara just likes to go out and do things, so she happily came along. We went to the visitor's center to watch their 25-minute video, which is quite good, and then visited what to me are the three most evocative parts of the battlefield: the bloody cornfield, the sunken lane, and Burnside Bridge. The bloody cornfield is where the first phase of the battle was fought, a 2½-hour slaughter during which a man was killed or wounded every second. It's still a cornfield, and I've always wondered what they do with the corn they harvest there. 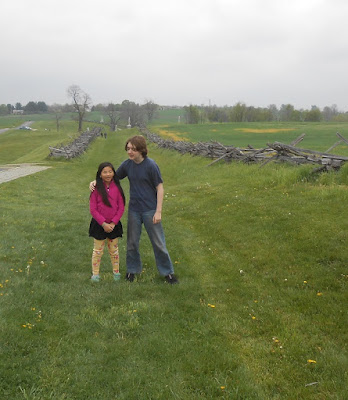 At the sunken lane. The Confederates used this as a ready-made trench, but as I've explained before it is actually a terrible place to defend, and it ended up becoming a trap for hundreds of the men who defended it. 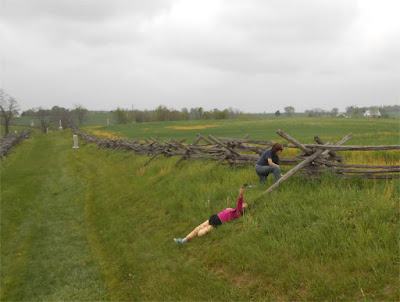 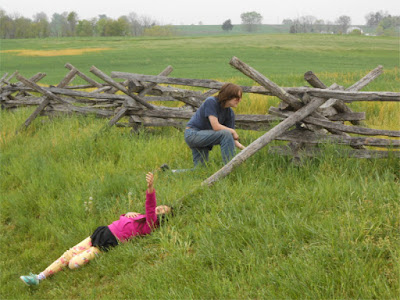 Ben is ready to repel attackers, and Clara is already dead. 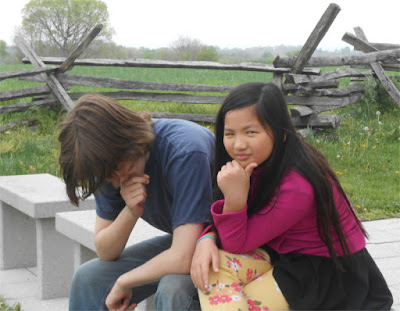 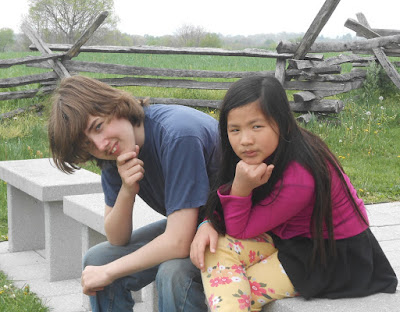 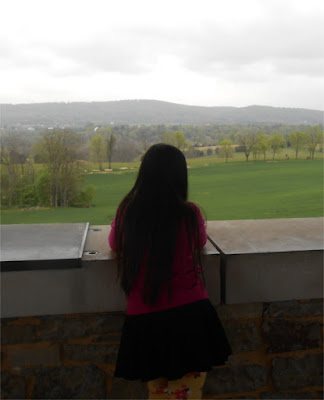 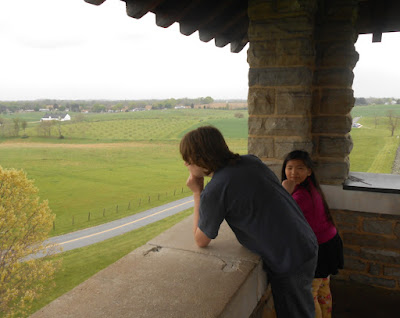 Up in the observation tower. The views weren't great, because it was a gray, gray day, but it was still fun. 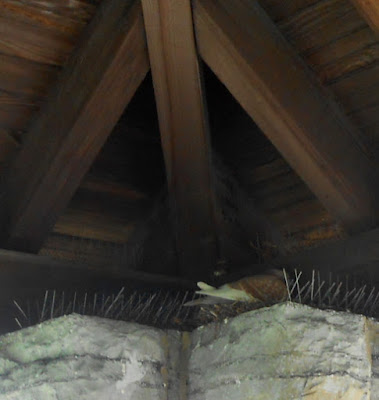 Notice this pigeon happily nesting in among the anti-pigeon spikes. 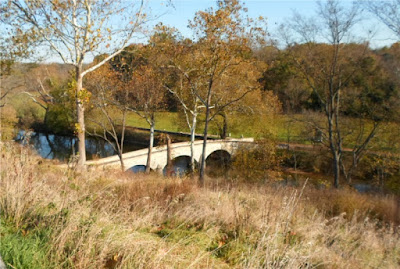 Confederate's-eye view of Burnside Bridge; an old photo because today it was covered with scaffolding. I explained to Ben that it was defended by Georgians and attacked by New Yorkers. He said,


So it was like, Georgians: "Y'all goan die." New Yorkers: "Fuggetaboutit." 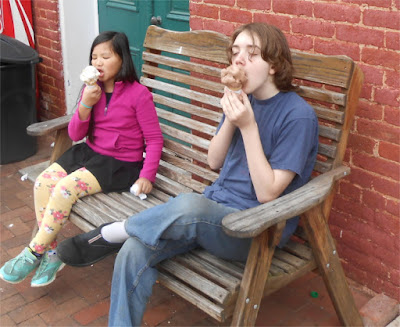 Ice cream at Nutter's in Sharpsburg, an essential part of any trip to Antietam. 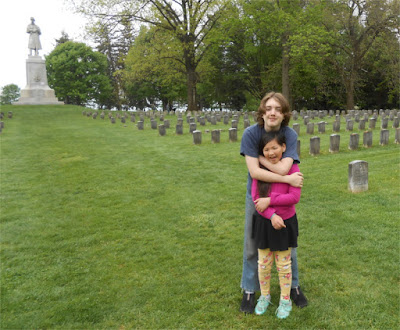 Clowning in the National Cemetery. They had a copy of the Gettysburg Address posted on a wall, and we read it aloud together, taking turns. As we walked away Ben said, "It was cool that we did that."
Posted by John at 8:02 PM