James Monroe: Not as Humble as We Thought 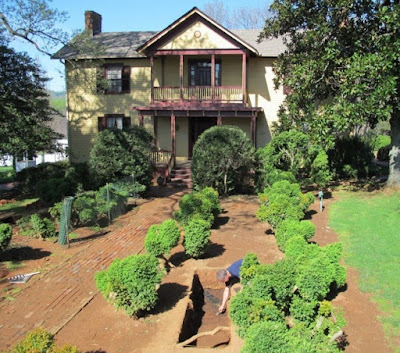 
For decades, tourists have visited the historic home of James Monroe outside of Charlottesville, Va., and have encountered the quaint — if not underwhelming — residence of the nation’s fifth president.

Situated in the Blue Ridge, the plantation known as Highland, where Monroe lived from 1799 to 1823, has stood in contrast to another presidential estate on the outskirts of Charlottesville — Monticello, the palatial manse of President Thomas Jefferson.

A 1985 Washington Post article aptly opined that Monroe’s home “bears about the relation to Jefferson’s mansion as does a cottage to a country club.” Monroe himself even described his humble abode as a “cabin castle,” and historians interpreted his modesty as a latent expression of his roots as the son of a wood craftsman.

But an archaeological discovery on the property is rewriting the legacy of Monroe and the place he called home. It turns out that the home preserved on the estate — and marketed for years as the residence where the president laid his head — is in fact a guest quarters. Instead, an archaeological dig on the grounds has revealed a sizable home more than twice the size of the small cottage.

In other words, the home of Monroe was more castle than cabin and likely “in the same order of magnitude” of Jefferson’s Monticello, said Sara Bon-Harper, executive director of Highland, the 535-acre property owned by the College of William and Mary.

Sometimes I wonder how much is really learned by doing archaeology around the standing house of well-documented people, but here is a case where the digging will change how people understand the person.

In the picture at the top you can see what is now known to be the guest house and a piece of the newly discovered foundation. More pictures from the dig below. 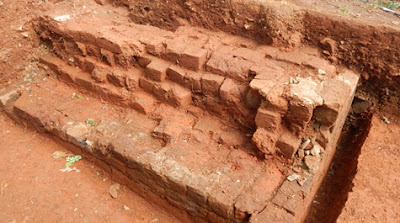 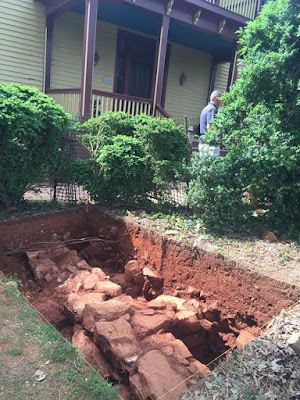