The Bureaucrats of Ancient Judah 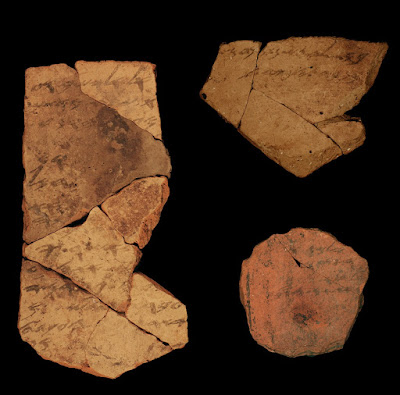 Digging in the desert fortress of Arad, Israeli archaeologists have uncovered some intriguing evidence about ancient literacy:


Eliashib, the quartermaster of the remote desert fortress, received his instructions in writing — notes inscribed in ink on pottery asking for provisions to be sent to forces in the ancient kingdom of Judah.

The requests for wine, flour and oil read like mundane, if ancient, shopping lists. But a new analysis of the handwriting suggests that literacy may have been far more widespread than previously known in the Holy Land around 600 B.C., toward the end of the First Temple period. . . .

“To Eliashib: And now, give the Kittiyim 3 baths of wine, and write the name of the day,” read one of the texts, composed in ancient Hebrew using the Aramaic alphabet, and apparently referring to a Greek mercenary unit in the area.

Another said: “And a full homer of wine, bring tomorrow; don’t be late. And if there is vinegar, give it to them.” 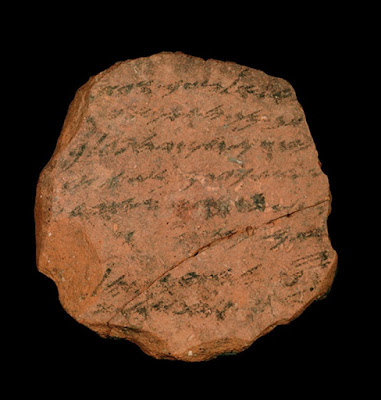 The authors of the new study believe that their 18 documents were written by six different people, all capable of a polished writing style. They also believe the documents were written in a short period of time. This does imply that there was not just one literate scribe in this fort serving a company of illiterates, but I am not sure that it says much about literacy outside of government service.
Posted by John at 7:07 AM