The New Populism: Jackson Out, Tubman In 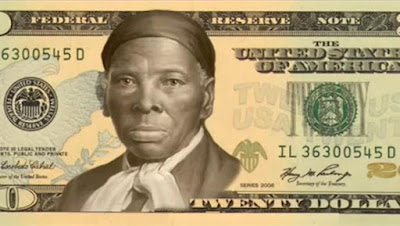 The new plan to remove Andrew Jackson from the front of the $20 bill and leave Alexander Hamilton on the $10 perfectly represents a historical shift within the American progressive movement. Back when the Roosevelts were its leaders and Arthur Schelsinger its historian, the progressive movement identified with Jefferson and Jackson because they stood up for small farmers and tradesmen against "the moneyed interests." But back then, as now, the nation's worst racists were mainly poor whites. Ordinary American farmers loved Jackson's ethnic cleansing of Indians out of the southeast, since it freed up more land for them and gave them what they saw as a victory over their historic enemies. Then, as now, many of the white people most interested in helping blacks and Indians were rich city folks like Benjamin Franklin, or cultural elitists like Emerson and Thoreau. So the leaders who were most popular with poor whites mostly had terrible records when it came to Indians and blacks.

These days it means something very different to be a progressive. These days respect for the rights of women and minorities is the absolute standard, and while progressives all say they favor the poor over the rich their actual economic policies fall on a wide spectrum from Bernie Sanders to Bill Clinton. In our America financier Alexander Hamilton can be the hero of a hip-hop musical because he opposed slavery and fought against southern white slave owners, never mind that his policies amounted to a sweet deal for financial speculators and a raw one for many poor veterans.

Personally I never liked Jackson and will be happy to see the last of his face. But it would be misrepresenting American history to portray Hamilton as some kind of progressive, or to forget that Jackson really was a great hero to millions of poor and middle class whites.
Posted by John at 7:45 PM

"But it would be misrepresenting American history to portray Hamilton as some kind of progressive, or to forget that Jackson really was a great hero to millions of poor and middle class whites."

I don't think anyone is forgetting the fact Jackson was a great hero to millions - I think rather that people today are simply ashamed by that fact. The notion that millions of our forebearers cheered the man responsible for The Trail of Tears leaves a bitter taste in the mouths of many now. We seek to distance ourselves from such misdeeds as we today see them, and hence the removal of Jackson from our currency.

Symbols on money have always been about the present moment, rather than about the past. When a new king or emperor rose to power in antiquity, he minted new coins to commemorate his rise. When a great battle was won, or a war successfully concluded, new designs were put into circulation glorifying the deeds and mocking or lording over the vanquished.

Even in America, our currency has spent more time changing to reflect current values than it has remaining static to preserve traditions. In our earlier years, we favored depictions of Liberty on our currency, and shied away from depicting actual national people, living or dead. Then in the 20th century, our focus shifted toward celebrating our leaders in the form of our presidents. And then it shifted again recently toward depictions of the symbols and iconography of the states of the union. Personally I'd rather prefer going back to depictions of Liberty, as a form of aspiration toward noble ideals that seem to have been lost somewhat over time, but...