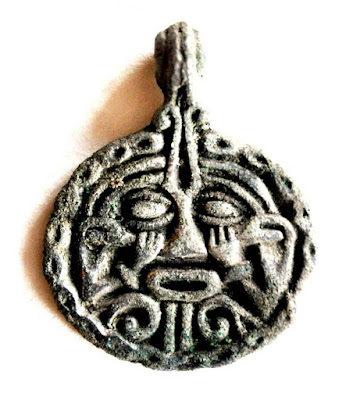 Last summer Danish metal detectorist Søren Bagge found a silver dirham, a coin from medieval Baghdad, in a field near Karleby. Excited by this discovery he kept searching the field until he found another artifact, a small silver cup. As he was digging the cup out of the ground, his hand was pricked by a sharp pin. Realizing that he had stumbled onto a whole hoard of objects, he filled in his hole and drove straight to the Roskilde Museum to report his find. (Love this copper alloy pendant with its sad eyes.) 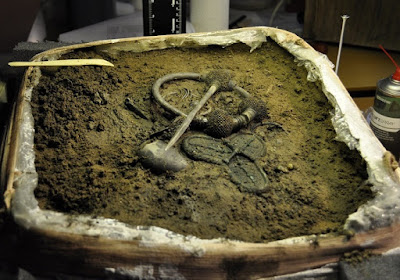 The next week archaeologists from the museum returned to the spot and carefully removed the topsoil. Seeing a mass of metal artifacts, they decided to dig out the whole hoard in a block and take it back to the museum for careful excavation. 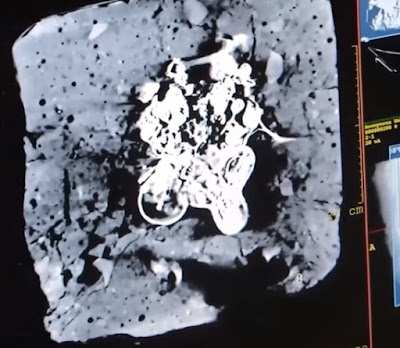 They then took the block of soil to the Roskilde hospital to be CAT scanned, which gave them a good idea of what they were going to be dealing with. 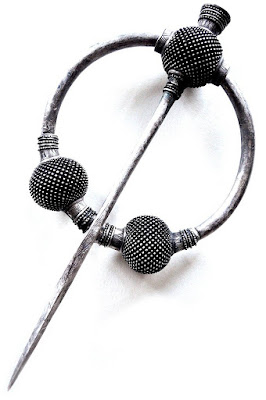 And then they set about digging. There turned out to be 392 pieces in the hoard: two silver cups, 18 coins, 53 pendants, and more than 300 beads. The hoard most likely dates to the second half of the tenth century. The thing that pricked Bagge's hand turned out to be this thistle brooch from Ireland or Scotland; the unnecessarily long pins on these brooches (10 inches or 25 cm on this one) got to be such a hazard that the kings of Scotland passed a law requiring the wearers to compensate anyone they accidentally stabbed. 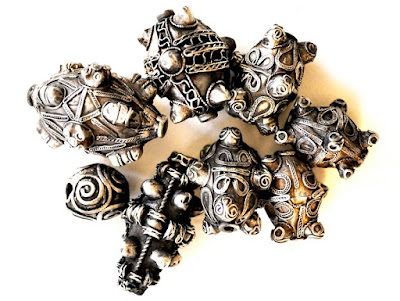 The hoard is a motley assemblage including objects made in many different places over a period of centuries. These silver beads were likely made in Poland or elsewhere in eastern Europe. 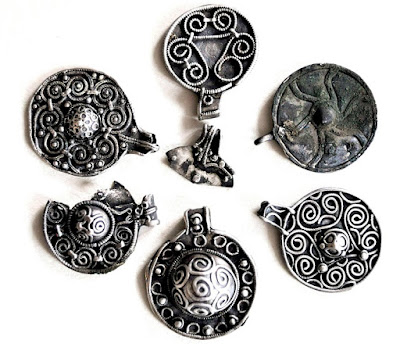 Pendants; the one at top right is a miniature shield. 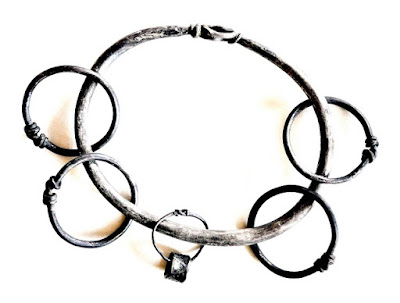 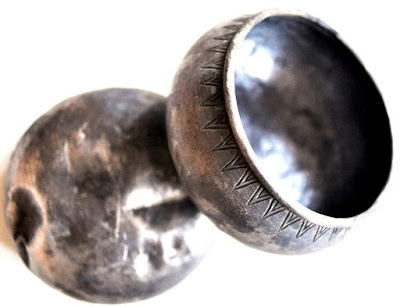 The two silver cups. Other mismatched pairs of cups like these two are known, one better decorated and slightly larger than the other. They seem to have been made for some ritual act. One idea is that they were used to welcome an important guest to the home, the host passing the larger, more elaborate cup to the guest while he drank from the plainer. More at The History Blog.
Posted by John at 7:29 AM