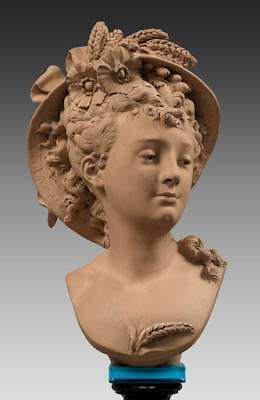 Albert-Ernest Carrier-Belleuse (1824-1887) was apprenticed at 13 to a Parisian goldsmith and for years made his living doing designs for manufacturers. In 1850 he moved to England, where he lived for five years, designing pieces for the Minton China Works, Wedgwood, and other firms. (Girl in a Hat Decorated with Wheat) 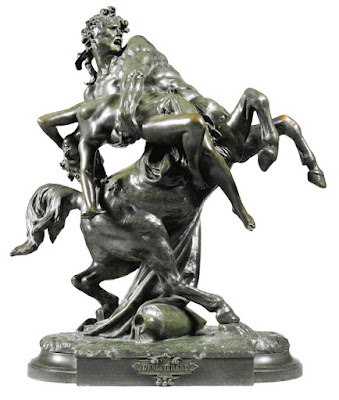 After his return to Paris in 1855 he began to enter sculptures in the salons, and he hit the big time in 1863 when the emperor bought one of his works. (The Abduction of Hippodamie, 1871) 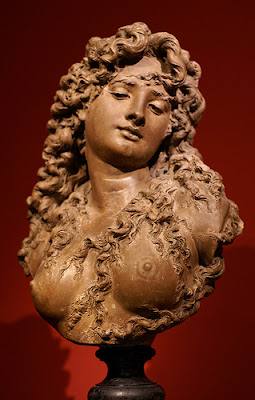 But even though he began to get commissions for major public statues he continued to design works for reproduction or use in lamps and the like. (Bust of a Young Woman) 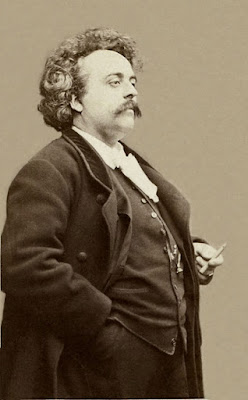 Carrier-Belleuse in his prime, looking like the perfect 19th-century French artiste. 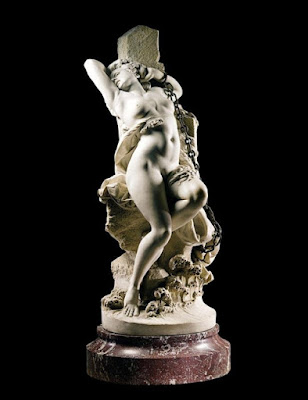 Angel Chained to a Rock (1866), a work that made quite a stir in its time and still gets lots of attention online. The metal chain is a characteristic touch; his finished busts often had an item of real jewelry or the like, contrasting with the white marble. 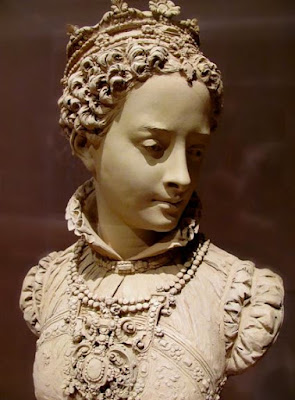 Plaster Bust of Mary Queen of Scots, one of the works that Carrier-Belleuse made for some manufacturer and never finished in marble or bronze. 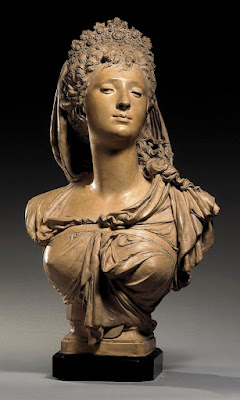 One of the small bronzes made from a Carrier-Belleuse bust, which were and still are eminently collectible. 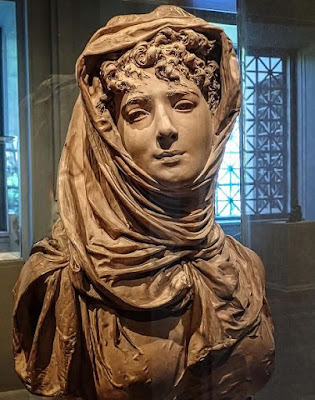 At his peak Carrier-Belleuse had a large studio and employed numerous assistants, notably Auguste Rodin; Rodin fans have played the game of trying to find Rodin's influence in Carrier-Belleuse pieces of the 1870s. Portrait of a Woman, Thought to be Marguerite Bellanger. 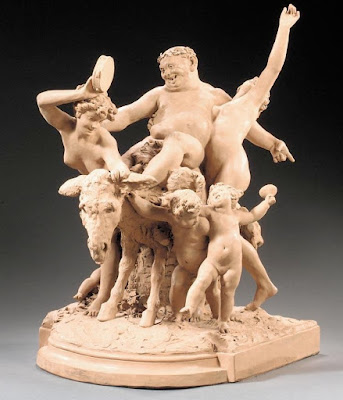 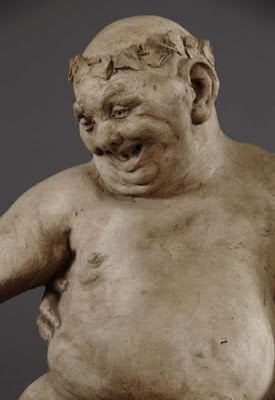 Here's a fascinating work, The Triumph of Silenus. Silenus was a sort of troll-like follower of Bacchus who had only a minor role in ancient myth but appears in many ancient works of art, presumably because portraying him gave sculptors and painters a chance to try something fun and ugly rather than serious and beautiful. He played the same role for many nineteenth-century artists. 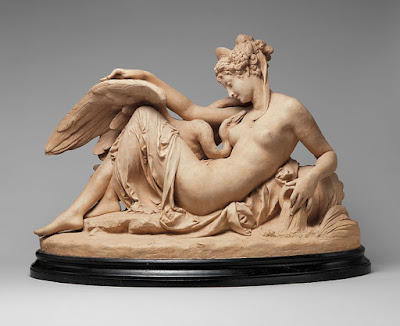 Leda and the Swan. 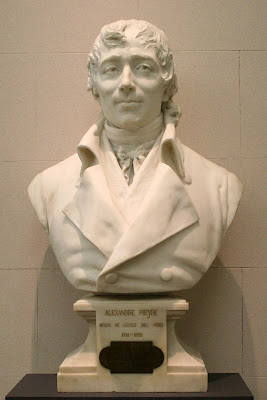 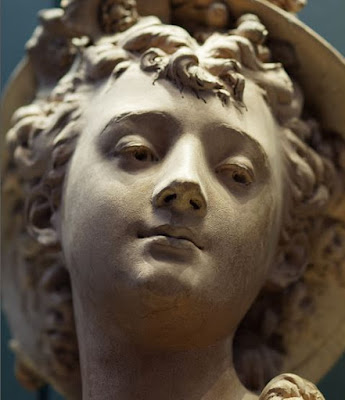 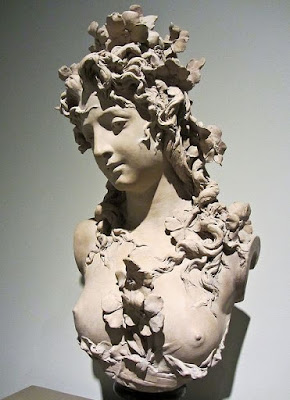 I'm not in the mood for fountains and equestrian portraits of generals, although Carrier-Belleuse did both. You can easily find them online if you're curious. What grabs me are these charming busts of women real and imaginary.
Posted by John at 7:57 AM