When Was America Greatest? 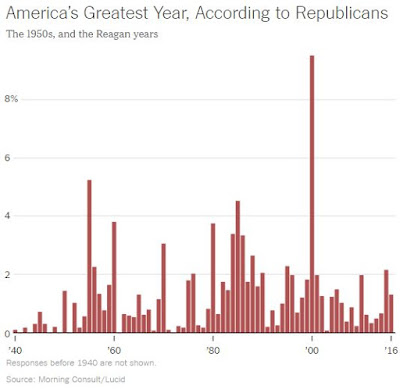 I love this polling, inspired by the Trump campaign. Above, the answers given by Republicans. Notice how few chose 2003, the year of Shock and Awe in Iraq. 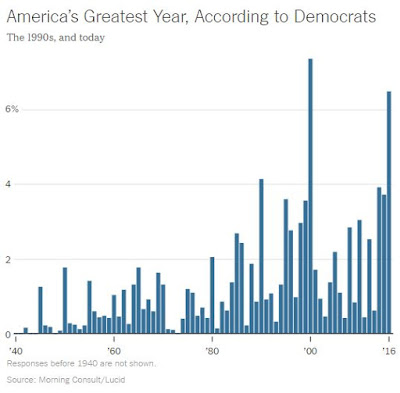 And Democrats. There was a wrinkle here:


The pattern for supporters of Bernie Sanders was a little different from that of Hillary Clinton supporters: The main difference is that Mr. Sanders’s voters were more likely to pick a year from the 1960s, and more of the Clinton supporters chose best years in the 1990s, when her husband was president.

I have to say that on this I am going with my fellow Hillary supporters and saying 1999.


In the Morning Consult survey, 44 percent of people over all said America’s greatest years were ahead of it, while 36 percent said those years had already passed.

Which I find very encouraging.
Posted by John at 1:56 PM