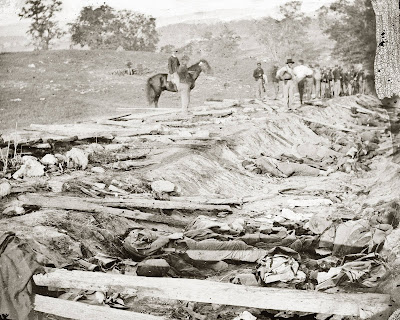 Back at the Antietam Battlefield today. I had long wondered, pondering the awful photographs of the landmark known as "Bloody Lane," how the Federals had managed to take it. 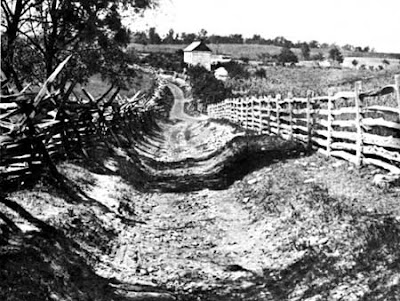 In the photographs it looks like a strong position, and it was defended by crack Confederate troops, the divisions of D.H. Hill and Anderson. Yet one Union Corps, Sumner's, stormed the position, routing both divisions, destroying the Confederate center and opening Lee up to a decisive defeat. McClellan, of course, failed to take advantage of this moment even though he had a whole corps in reserve (Porter's) he could have thrown into the breach opened by Sumner. This folly allowed Lee to regroup and flee unmolested back to Virginia. When I pondered how many positions Lee's men had defended against attack by much stronger Union forces, I always wondered why they failed to hold this one. 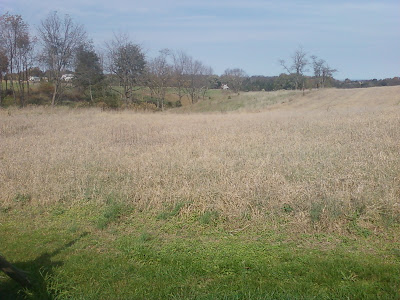 As soon as I reached the spot, I understood immediately. Never, in all my years of wandering battlefields, has one glance told me so much. The sunken road that became Bloody Lane runs, more or less, along the crest of a ridge, but like the rest of the Antietam area the terrain in front is complexly folded into a mess of hills, ridges, and valleys. There are several places along the road where a company of men could easily walk to within 50 yards of the lane before its defenders would even see them. In some places the road is on the back side of the ridge, and from the crest of the ridge any attackers could easily fire down into the lane. 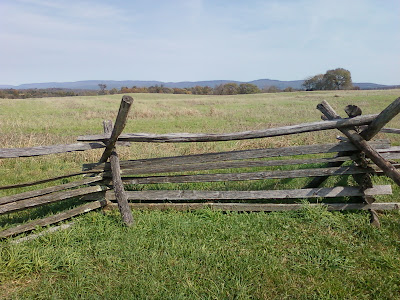 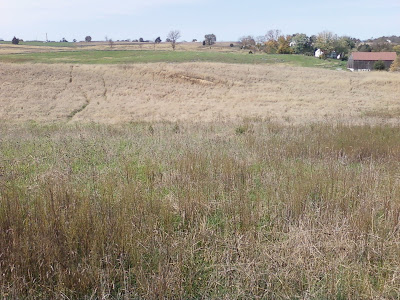 These photographs don't really convey how hilly and complicated the terrain is, and how many angled valleys and blocked lines of sight make it a nightmare for defenders. The sunken road was not a strong position, but a trap.
Posted by John at 8:02 PM