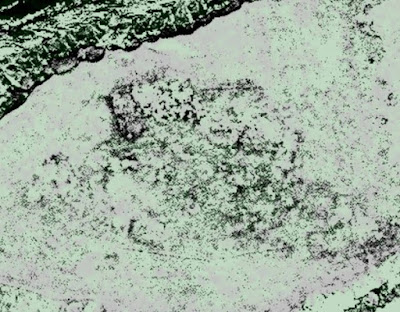 Using infrared satellite images, "space archaeologist" Sarah Parcak searched the coast of eastern Canada for sites that might be related to the Vikings. She identified several possible targets, including one in Newfoundland called Point Rosee. Above is one of the much-manipulated images Parcak used, showing vaguely rectangular shadows. 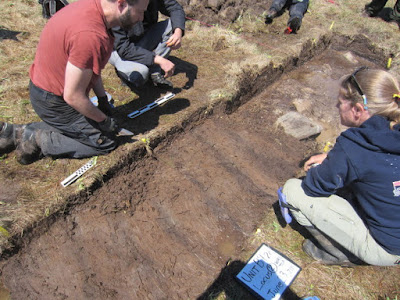 Test excavations on the site have turned up turf walls and evidence of iron making using local bog ore. That rules out Indians, and I am not sure why whalers (who used these coasts in the sixteenth century) would want to make poor-quality iron. More intensive excavations are coming, so we ought to know soon if this is really the second Viking site in North America. Given the amount of activity west of Greenland hinted at in the Vinland Saga and other sources, there certainly ought to be more than one such site.