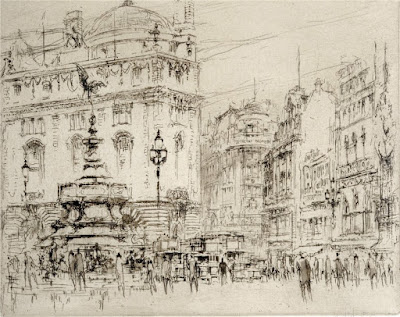 William Walcot (1874-1943) was a versatile artist. He was, first of all, a man of at least two cultures: born in Odessa to a Scottish father and a Russian mother, raised partly in South Africa, he returned to Russia at 17 to enroll at the Imperial Academy of Arts in St. Petersburg. There he studied both drawing and architecture and his first job was as an architect. He was successful enough that he had already been chosen in 1899 to design a grand new hotel, although the Hotel Metropol as eventually completed (it burned down during construction) was much altered from Walcot's original design. 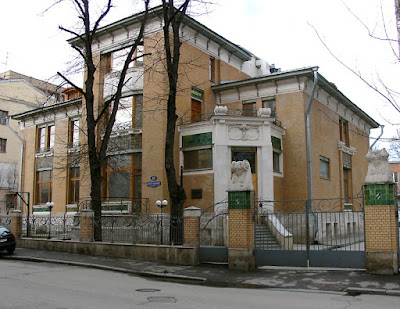 This is Yakunchikova House, which Walcot designed in 1899. Walcot also designed mosaics and other decorative details for other people's buildings. 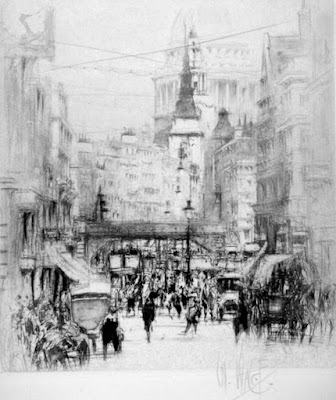 Then in 1906 Walcot moved to London, and he lived in Britain for the rest of his life. I have not found any indication of why he moved, but perhaps he sensed that Russia was headed for troubled times. It may be relevant that his first wife, an Irishwoman who served as a governess at the Russian court, died in 1904. In Britain he gave up designing his own buildings and found work as an architectural draftsman. He also began making drawings of both real contemporary scenes and imagined scenes in ancient Egypt or Rome, which were sold as prints. It is for that work that he is now mostly remembered. (Ludgate Hill, 1921) 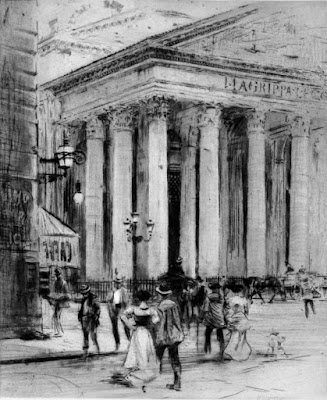 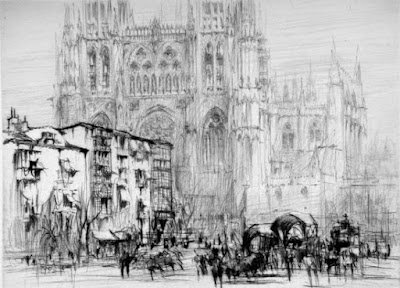 Walcot began holding shows of his drawings and etchings in 1913 – that show focused on drawings of Italy and Spain – and continued to do so until 1939. (A Corner of the Pantheon in Rome, 1914; Cathedral at Burgos, 1924) 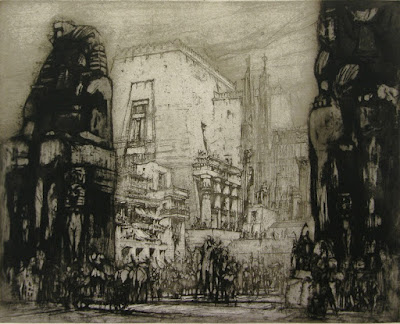 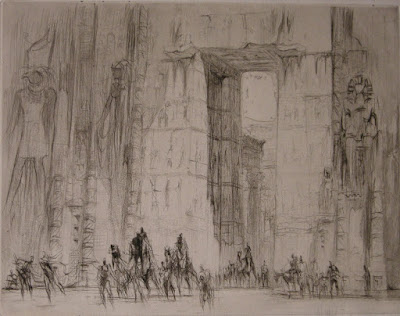 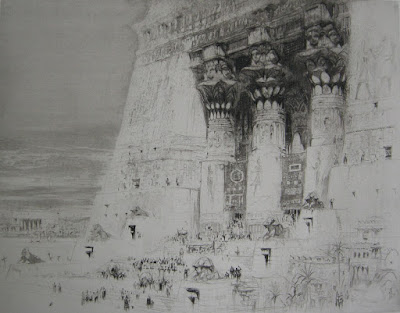 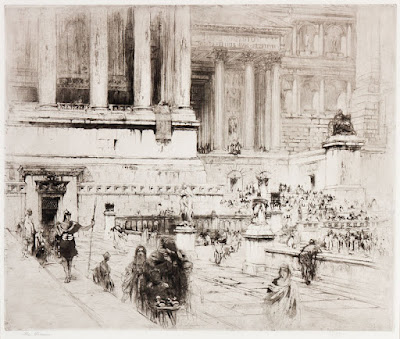 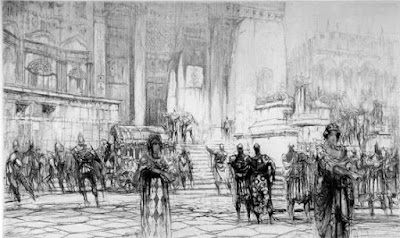 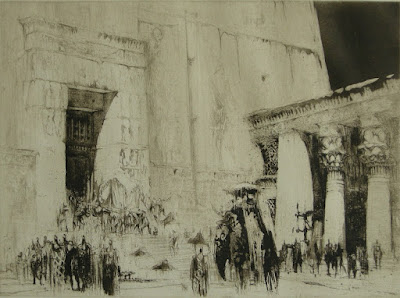 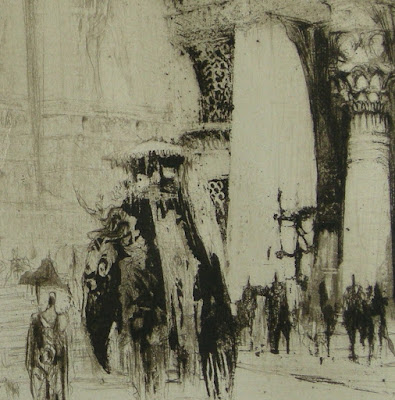 Combining his interests: Caesar in Egypt. As you can see, the details of many of his works are sketchy. This is not because the originals were small; Walcot's etchings were actually very large. He simply liked them this way. As the best account I have found of his work puts it,


Finish was disregarded when he felt he had successfully conveyed a true impression of the view he was seeking to express. 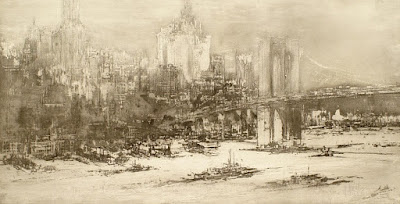 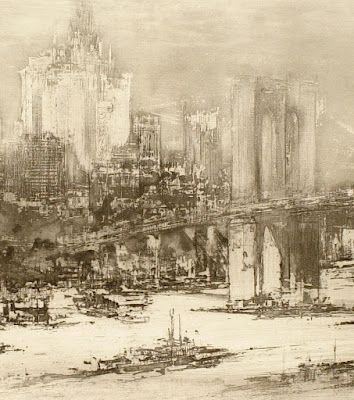 Wonderful view of New York around 1930: Brooklyn Bridge, and detail. 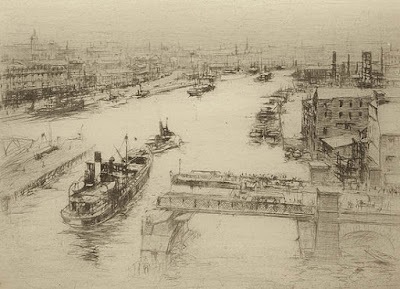