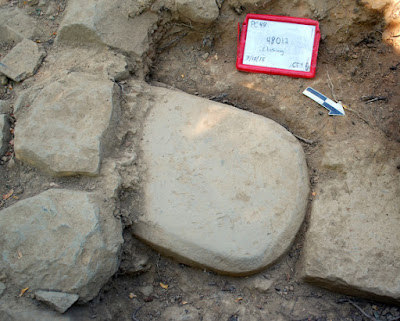 Italian archaeologists excavating an Etruscan Temple at Poggio Colla in Tuscany have uncovered a large stone slab bearing an Etruscan inscription. The find dates to around 500 BCE. 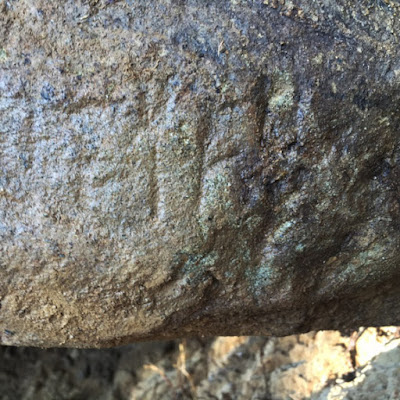 The excavators called the inscription "lengthy," but actually it is only 70 characters, which tells you a lot about why it has been so hard to translate the language. The alphabet was derived from Greek and is well understood, but the language is unlike any other. At least this new text is not another funerary inscription like most Etruscan writing; we have plenty of those. From them experts have mastered many words for family relationships (son of, wife of, etc.) but not much else. 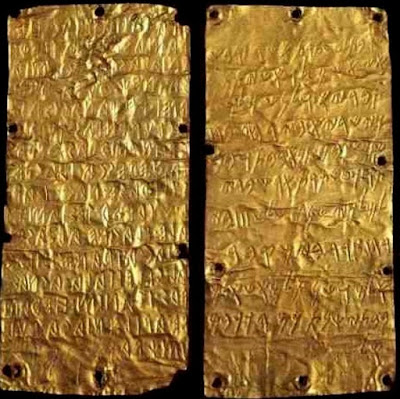 For fun, the most famous pieces of Etruscan writing. This is the gold tablets of Pyrgi, which record a religious dedication in a bilingual text, Etruscan and Phoenician. 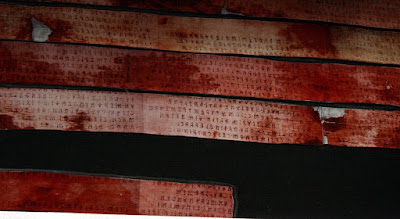 The longest Etruscan text is the Liber Linteus Zagrabiensis, the linen book of Zagreb. Written around 250 BCE, this somehow ended up being used to wrap an Egyptian mummy. That mummy was purchased in Alexandria in 1848 and taken to Zagreb, where somebody unwrapped it and noticed the strange lettering on the linen strips. They were taken to Vienna, where a Teutonic expert – one imagines a scholarly gnome dwelling in the dark basement of some vast museum, his desk surrounded by mountains of books and manuscripts– recognized the language as Etruscan and put the strips in their proper order. The text contains about 1200 words. It is mostly untranslated, but dates and the names of gods have been recognized, so it is thought to be a ritual calendar and collection of prayers. 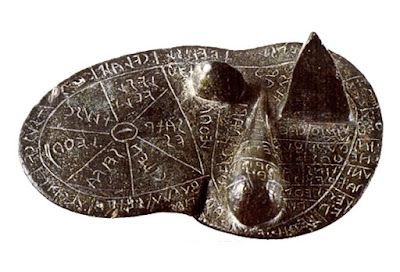 And of course the famous model liver, with a text explaining how lesions in the various parts of the organ should be interpreted. To the Romans the most striking thing about the Etruscans was their obsession with augury, so this seems a fitting artifact to survive from their civilization.
Posted by John at 10:43 AM