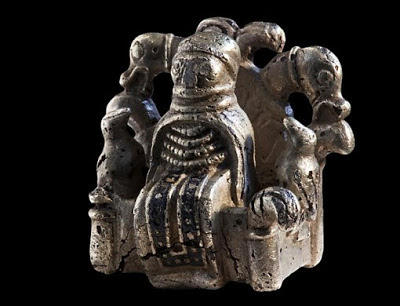 This little figurine was found at Lejre, an archaeological site in Denmark that may have been the seat of the Sheffing Dynasty featured in Beowulf. It probably dates to the 9th or 10th century. Most people think it shows Odin on his high seat, attended by his ravens. 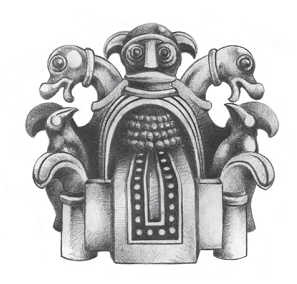 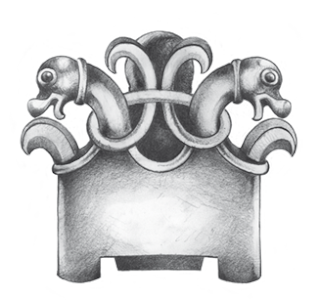 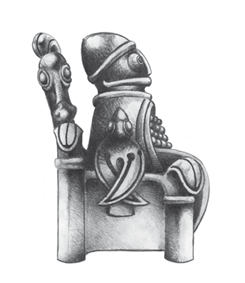 More views. I just read a little article about this I found on Academia.edu. 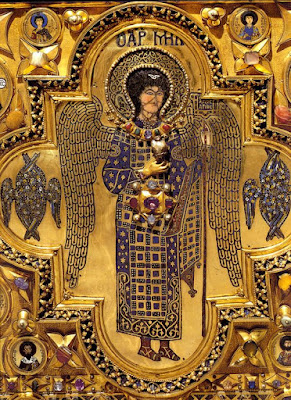 The one interesting detail was that Odin's robe looks a lot like the robes on emperors, saints and angels in contemporary Byzantine art. This is just an image I found at hand, and you can already see the resemblance. I find it fascinating that a Danish artisan in the pay of ambitious Vikings took his idea of the richest possible clothing from the art of faraway Midgard
Posted by John at 7:09 AM

Well we already know they had somewhat regular contact with the Byzantines - they traded for levantine goods, and Scandinavian warriors famously served as the elite bodyguard of the Emperors in the form of the Varangian Guard.

Could you imagine a Danish warrior leaving his humble homeland, and after weeks sailing pulling into the Golden Horn, and seeing before him the largest city on earth, surrounded by walls mightier than anything he'd ever known? His walking the incredibly crowded streets, gawking at all the statues and marble and gold and jewels decorating every surface, hearing a dozen different languages, smelling countless strange foods and incenses? His being led at last with the rest of his mercenary band to an audience with the Emperor in the opulent palace, where envoys from mighty kingdoms and empires jockied for favor and influence in court?

That sort of experience would leave an incredible impression, and certainly would tempt you to compare it to the work of divinity.