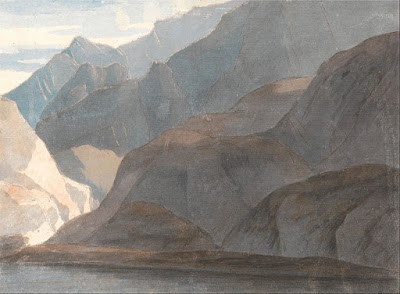 Francis Towne (1739-1816) was a British watercolor landscape painter and teacher. Although he was reasonably successful in his lifetime, he has been much more highly regarded in the past century than he ever was before. (On Lake Como, 1780) 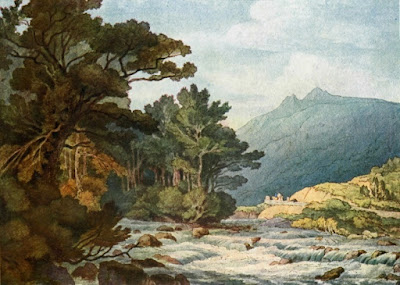 Towne was born into a minor London commercial family, and when he showed aptitude for art his parents apprenticed him to a coach painter. Towne did mainly coach painting and the like until around 1770, when he began to concentrate on landscape painting. He left London and moved to Exeter, where he found the scenery more appealing and the cost of living easier to bear (On the Dart). 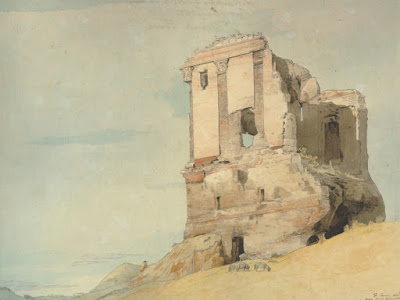 Towne traveled to Italy in 1780-81, where he loved the landscape and the ruins and developed his mature, somewhat mystical style. (Sepulchre on the Road between Rome and the Ponte Normentara, 1780) 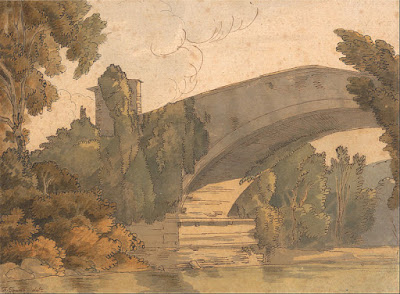 A Bridge between Florence and Bologna, 1780. 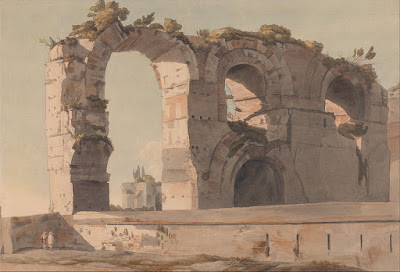 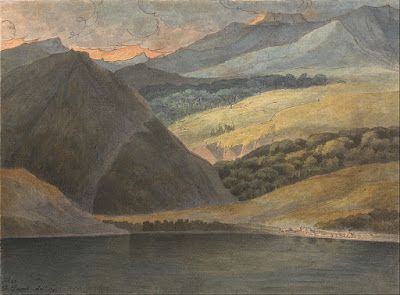 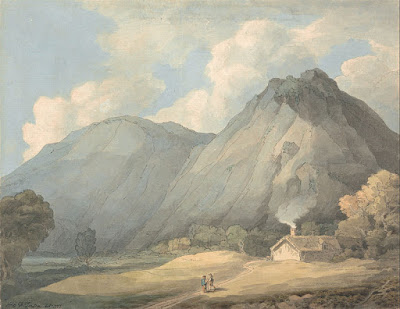 Back in Britain Towne painted many copies of his views of Rome for sale and painted the scenery of England and Wales in the same style. Abberdeola, North Wales, 1783. 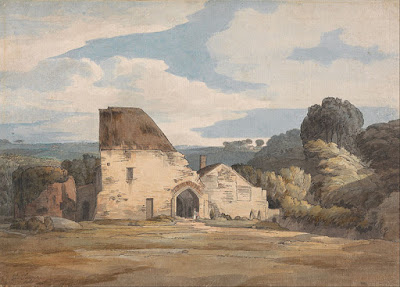 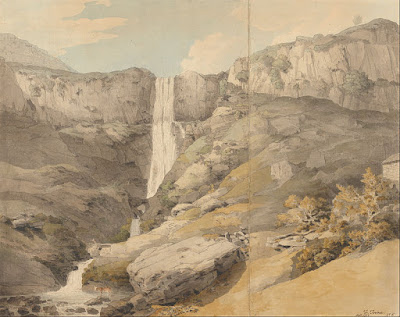 View of the Rhydaer. Towne tried to get elected to the Royal Society but failed; he lacked patronage and his work was not fashionable enough to succeed without it. So he had a nice enough but far from magnificent career and then died. 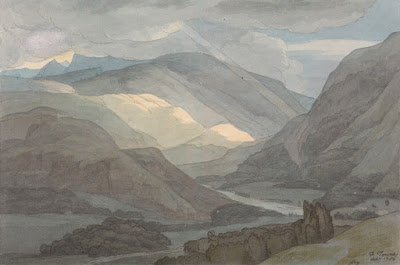 After his death his work was largely forgotten. Ryland Water, 1786. 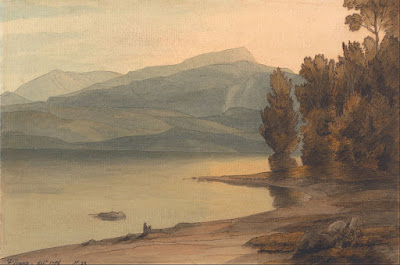 But then in the early 20th century Towne was rediscovered by collector Paul Oppé, who acquired many of Towne's best works very cheaply. Oppé and others created a revival of interest in Towne, which not coincidentally made the paintings they had acquired worth a lot, and many were purchased by museums. The Yale Center for British Art has several. (Windermere at Sunset.) 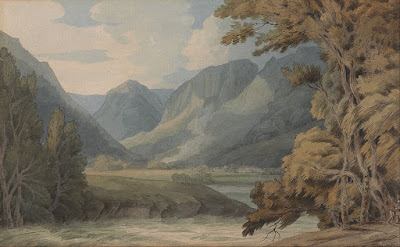 In our own time critics routinely hale Towne as a "great" artist, and I find these delightful. View in Burrowdale of Eagle Crag.
Posted by John at 7:29 AM