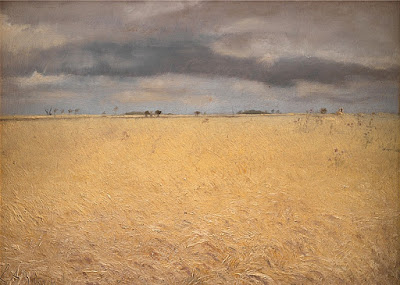 Laurits Andersen Ring (1854-1933) is a famous painter in Denmark, but apparently not so much in the English-speaking world; I never heard of him until last week, and his online presence is pretty thin. I was moved to look him up by this painting, A Rye Field Near Ring Village, 1887. I like the way the visible texture of the paint becomes, with a slight change in perspective, nodding heads of grain. 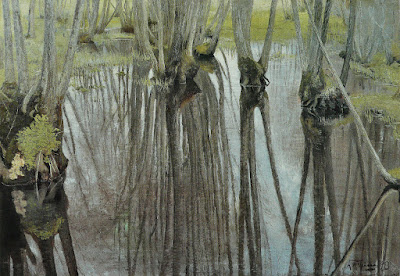 Born Laurits Andersen, he took he name Ring after his home village when he started painting professionally and didn't want to be confused with all the other painters named Andersen. (I remember an Olympic hockey team from some Nordic country with three Andersens: Andersen passes to Andersen, who passes to Andersen. . . .) This might be my favorite Ring painting, Trunks of Alders, 1893. 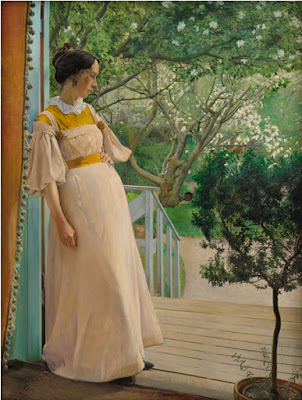 In the Garden Doorway, The Artist's Wife (1897), which won a bronze medal at the 1900 World's Fair in Paris. My reaction to this is that it is nice enough but I can't see giving it a medal. In 1900 the art world was on the verge of cubism and so on, but it seems that what many people really liked was pleasant domestic scenes with women and flowers. You can find versions of this picture online with the colors pumped up and the contrasts enhanced, but the more reliable sites have flat, muted versions like this one. 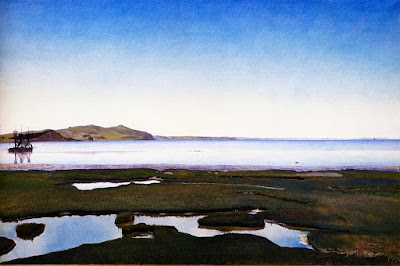 This painting, Summer Day by Roskilde Fjord (1900), is a National Treasure of Denmark, which probably means it can never be sold abroad or some such nationalist thing. Again I find this an odd choice to make a big deal over; perhaps it perfectly captures a sort of summer evening light that everyone in Denmark recognizes. 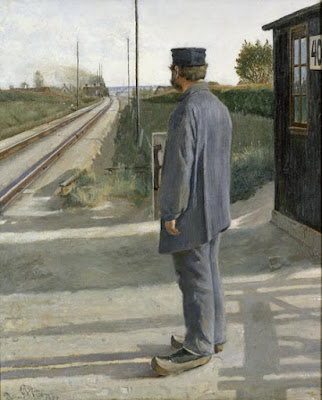 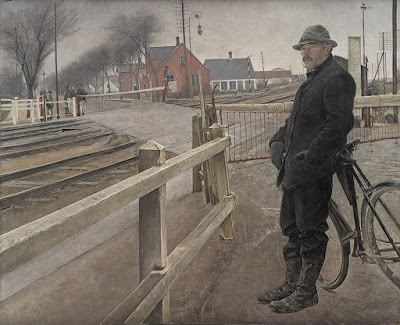 Ring painted several images of lone men waiting by railroad tracks; I find the bottom one very evocative, like a scene from a film noir. 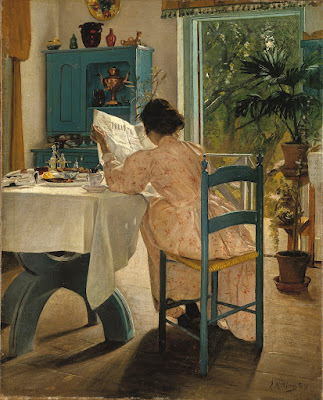 At Breakfast, another very pleasant image of Ring's wife. I posted a large image so you can zoom in and see the details of dishes and so on in this fine sociological record of upper middle class life in Denmark. c. 1900. 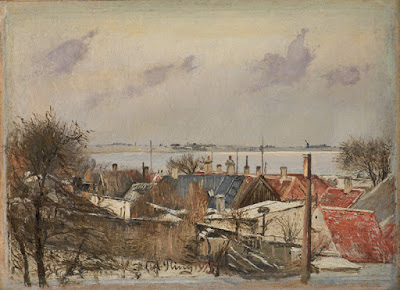 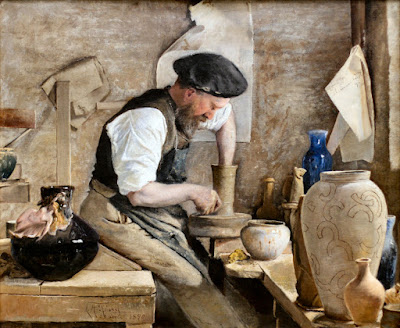 And one more painting I really like, Herman Kähler in his Studio (1890). Kähler was a friend of Ring's, and  I see real admiration in this portrait. 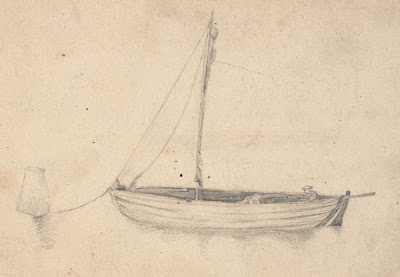 The National Gallery of Denmark has dozens of works by Ring in their collection, including numerous drawings; here a rather nice one.
Posted by John at 7:33 AM