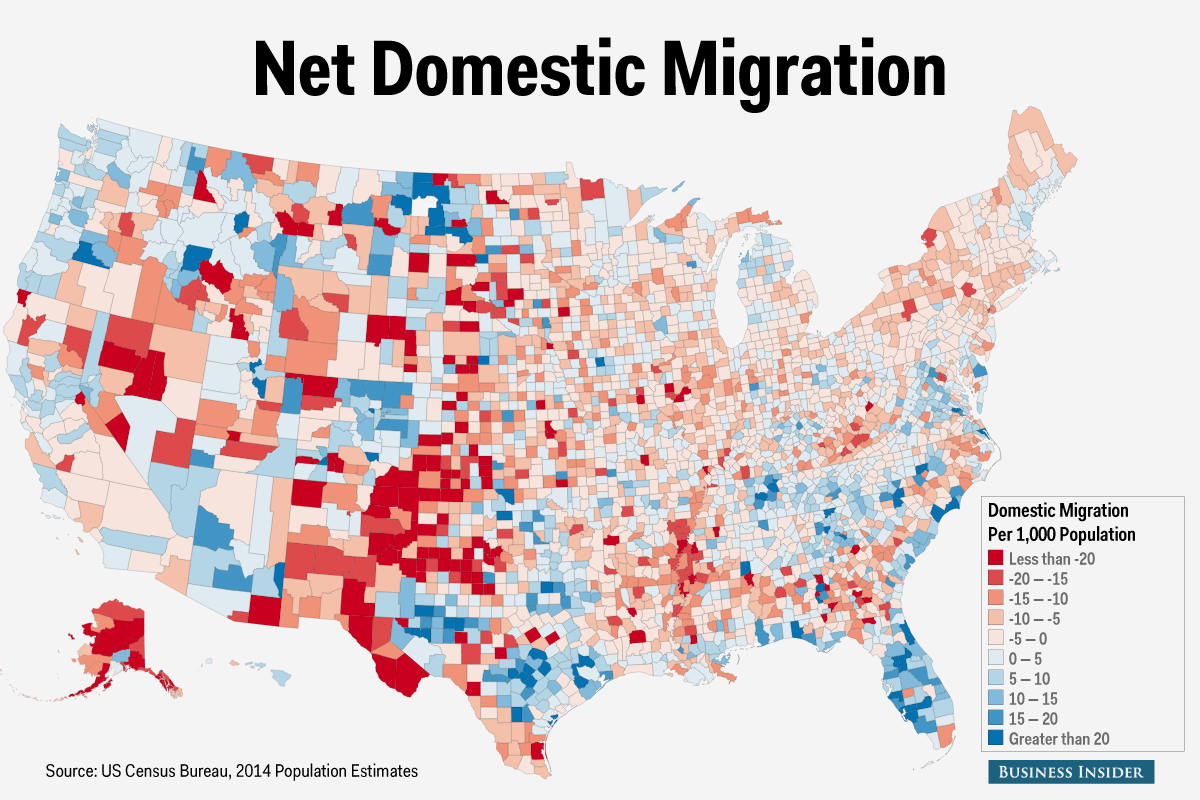 The latest from the Census Bureau, tracking changes over the past two years. It's a big file so you can click on it for a closer look.

Some trends continue: people are moving to urban and suburban areas in the south and west and leaving rural areas except the ones with lots of fracking. (Five of the fifteen fastest growing counties, by percentage, are in North Dakota.) The northeast is losing people, except along the coastal strip from Cape Cod to Mt. Desert Isle in Maine. Some ares that show up as net losers on this graph are actually gaining people (e.g., Los Angeles County) because they are attracting so many foreign immigrants; but people born in Los Angeles and Queens are leaving at a steady pace.

Where people are moving is not determined very much by salaries: the two states with the highest household incomes, Connecticut and Maryland, are losing people to poorer states like Texas and South Carolina. Housing costs and warm weather trump income.

I am struck by two belts of red: the drier parts of the great plains, and the old black belt stretching from the Mississippi Delta to the Carolina coast. Those areas have been losing people for decades, but the outflows continue. 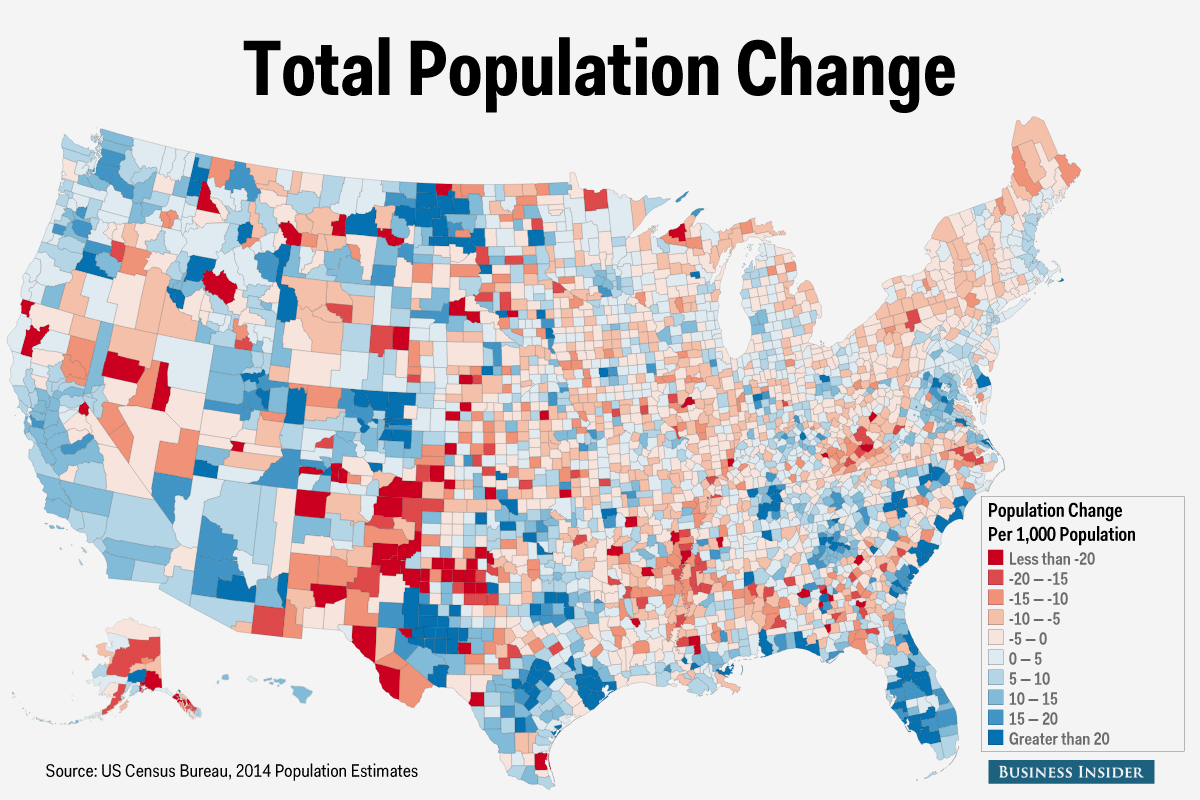 Here's the map showing total population change, including domestic movement, immigration, and births and deaths.
Posted by John at 11:19 AM