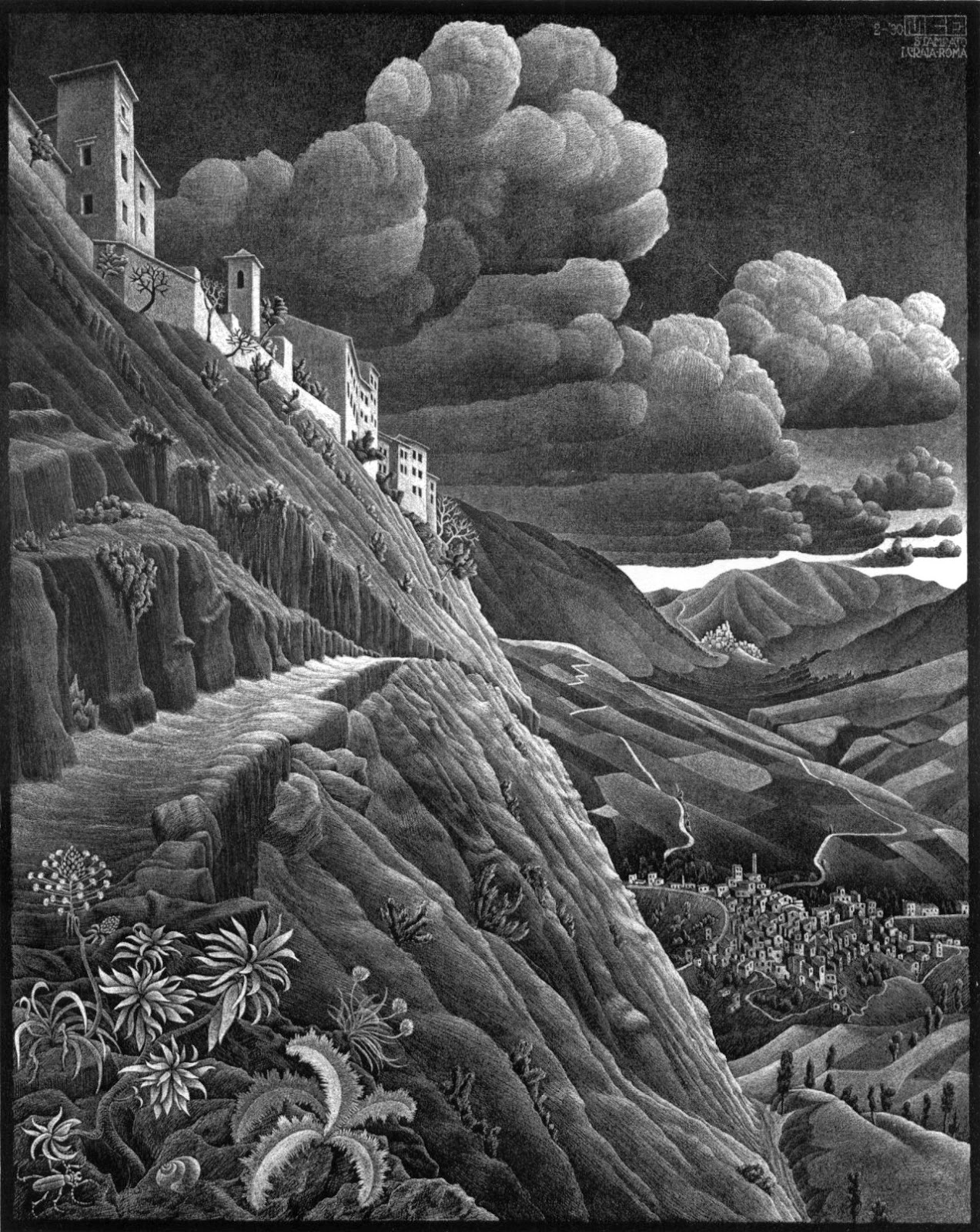 Maurits Cornelis Escher (1898-1972) is best known for his surreal works involving illusions and tricks of perspective. I love them, but you all know what they look like. So let me explore another part of his work, his landscapes. These are all etchings, and they mainly date to between 1925 and 1937, the year when he created his first "impossible" image. 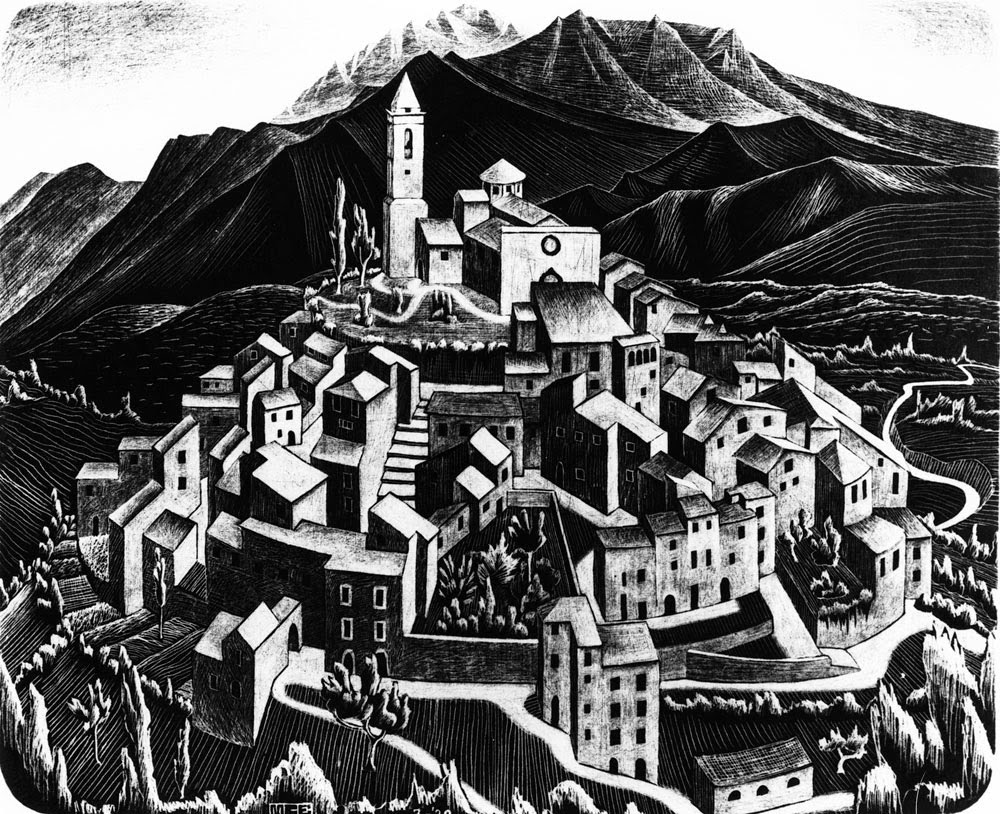 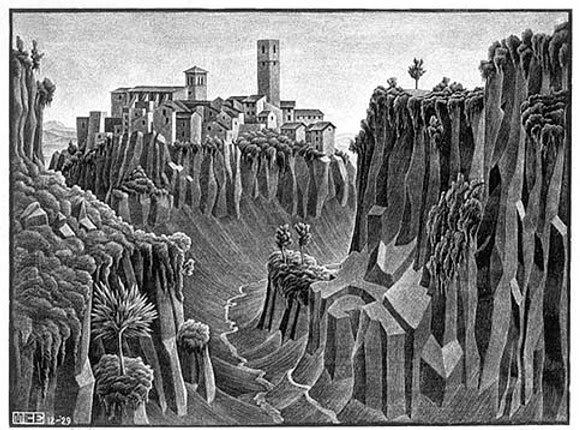 Escher was born and raised in the Netherlands. He first visited Italy in 1922, and the landscape made a deep impression on him. He returned in 1924 and lived in Italy until 1935, when he found the political climate intolerable -- the last straw came when his son was forced to wear a fascist uniform to school -- and he then moved to Switzerland. 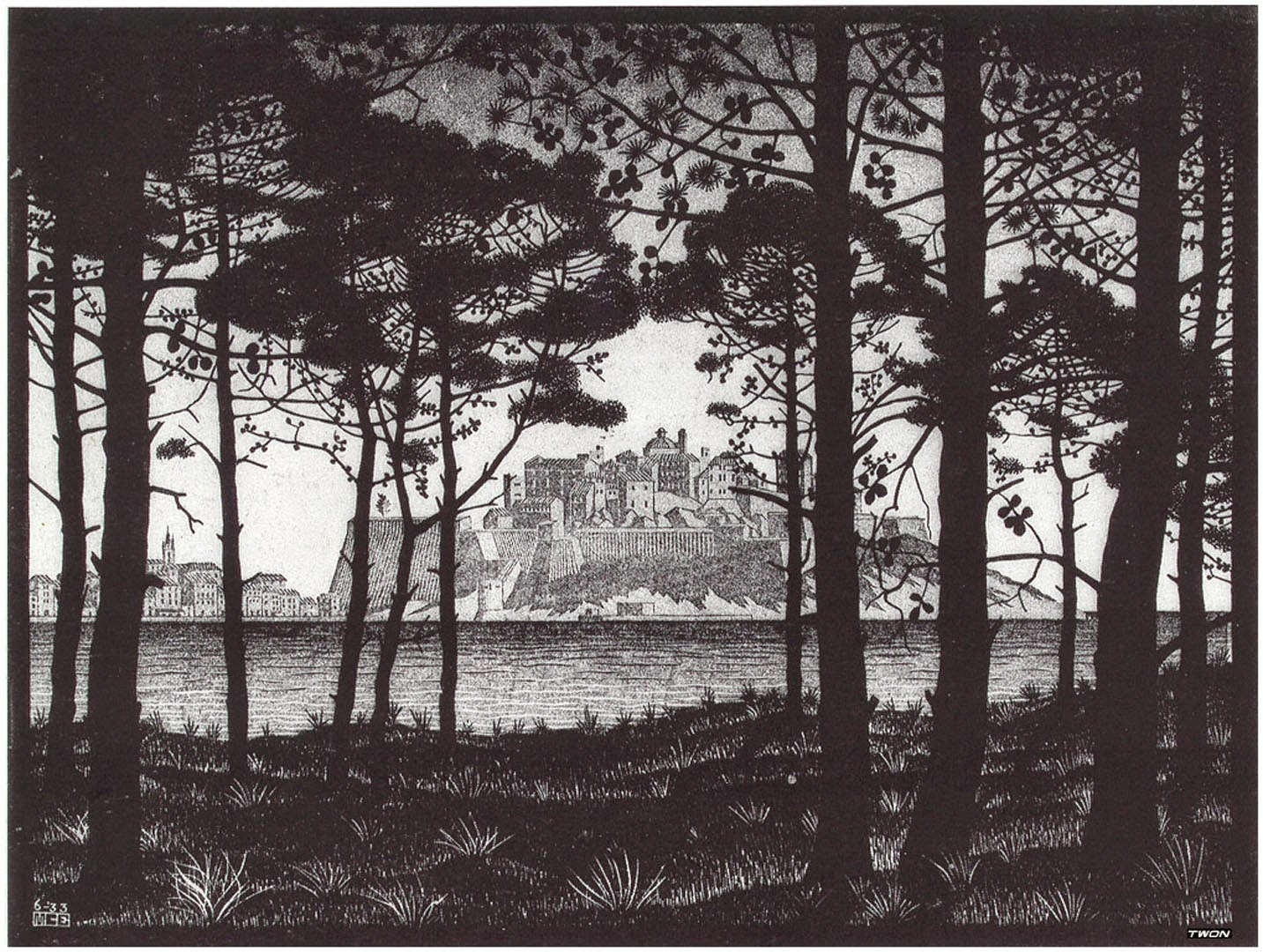 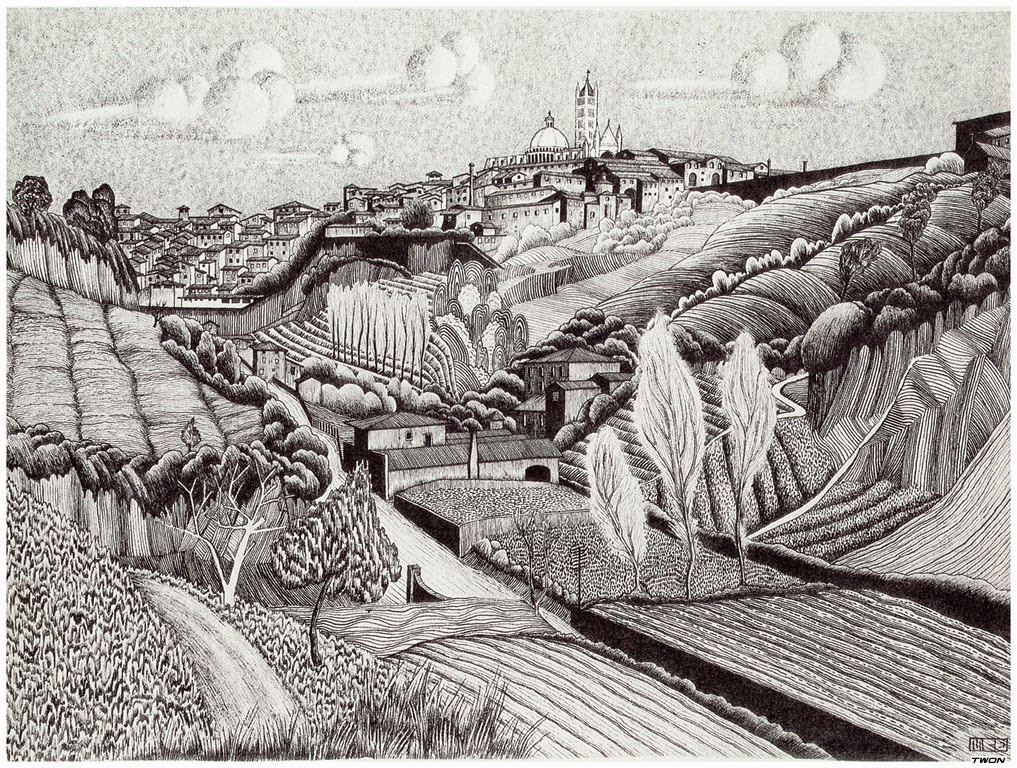 Escher was a sickly child an a terrible student, so when (in his late 30s) he grew interested in mathematics, in the form of complex geometric and shapes that tile the plane, he had to teach himself; of course he ended up creating shapes that professional mathematicians find endlessly fascinating. 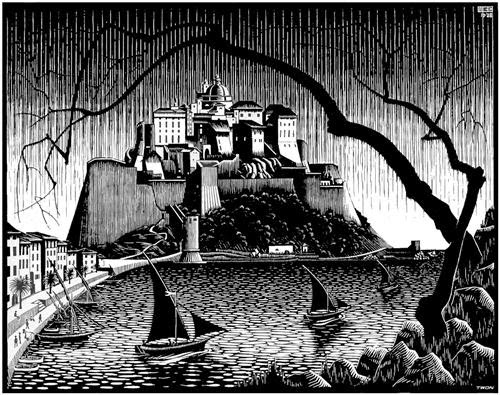 But, anyway, back to his landscapes. I think you can already see a fascination with the geometry of landscapes that would lead him toward the topological constructions of later years. 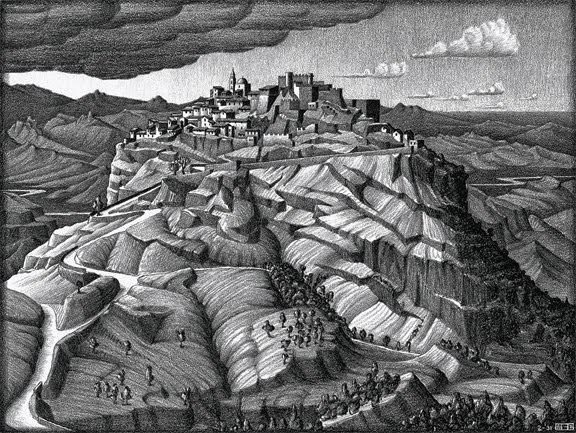 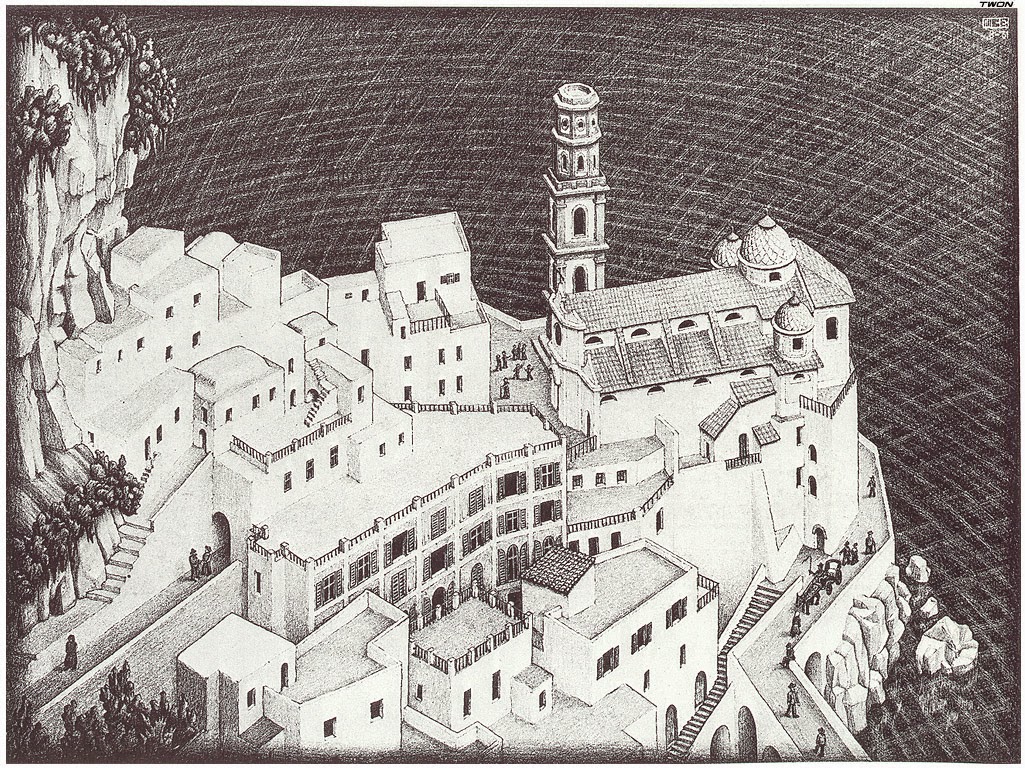 And meanwhile, these are beautiful.
Posted by John at 7:20 AM