This is the End of the Dirty Daesh! 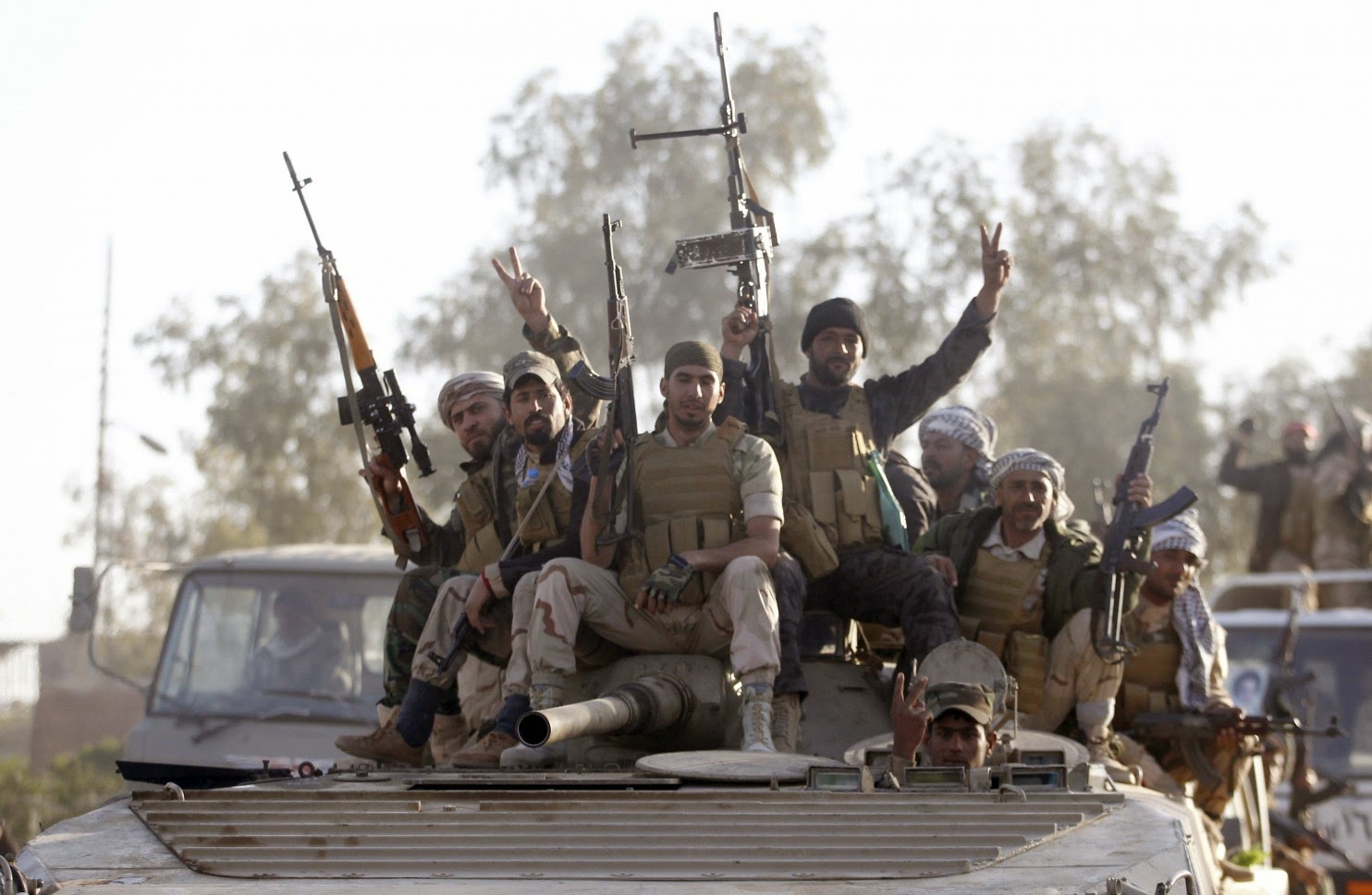 In Iraq, everybody is crowing about the government's decisive victory in Tikrit.


In another video, soldiers or militia members triumphantly ripped down Islamic State flags and raised an Iraqi one in their place, as one declared, using an Arabic acronym for the group, “This is the end of the dirty Daesh!”

So far the Shiite-Sunni tensions that have crippled the Iraqi government have been kept in the background; the US and Iraq governments claim, and western media confirm, that the government's attack was supported by at least 1,000 Sunni militiamen as well as 20,000 Shiites. Dozens of videos have been posted to the internet showing the people of Tikrit (almost entirely Sunni) welcoming government forces.

Because we were worried about the prominent role played by Shiite militias and Iranian officers in this attack, Americans did not provide close air support. The Iraqi Prime Minister claimed that this made the victory "entirely Iraqi," but that's not quite right;  American fighter-bombers are still in the air every day over central and northern Iraq, drastically limiting the ability of the Islamic State to move reinforcements to the battlefield. But it does mean American bombs were not falling on the city and causing the inevitable "collateral damage," which has to bode well for our long term relationship with the people.

It also bodes well for the future of Iraq that the government was able to mount this operation. The Islamic State conquered  northern Iraq with amazing speed. This happened because they advanced into a complete power vacuum left by the corrupt, incompetent Maliki government's refusal to engage Sunni leaders and inability to supply or lead its own soldiers. The Islamic State is militarily weak, and with even mediocre leadership an army that outnumbers them ten to one ought to be able to defeat them.

But the war is far from won. The Islamic State has shot to prominence because it has a claim to legitimacy, Islamic tradition, that is hard for anyone else to match. Its soldiers are few but fight hard because they believe in what they are fighting for. Who else can say that? Syrian and Iraqi nationalism are weak reeds, not taken seriously by most of the citizens. The Syrian government  is a brutal dictatorship, loved by hardly anyone, tolerated only because the alternatives seem worse. In Iraq the attempt at democracy seems mainly to have inflamed conflict between Sunnis and Shiites, and the elected government commands minimal respect outside Shiite districts. Only in Kurdistan is there a government that commands the loyalty of most of its citizens.

The lack of legitimate government in the Middle East is one of the problems Bush & Co. were hoping to fix with their invasion of Iraq -- they thought if they could turn Iraq into a beacon of democracy and prosperity, the politics of the whole region would shift. Instead they unleashed chaos. But maybe in the long run that can still be made to work. If anybody in the world now appreciates the benefits of order and stability, it is the people of Iraq and Syria. If anybody understands the limits of fundamentalism and fanaticism, it is they. Since there is so much longing for normality across the region -- why else would Tikritis celebrate the arrival of government troops? -- maybe a government that is able to cobble together even a minimal level of peace and prosperity will be able to restore its rule across the whole nation. If not, we are looking at decades of mayhem.

UPDATE: According to CNN, the response of the Islamic State to their unfolding defeat in Tikrit has been to say that


reports of victories by coalition members against the extremist group are "delusional and fake."

Which strikes me as an even worse sign for their future than the defeat itself.
Posted by John at 7:54 AM