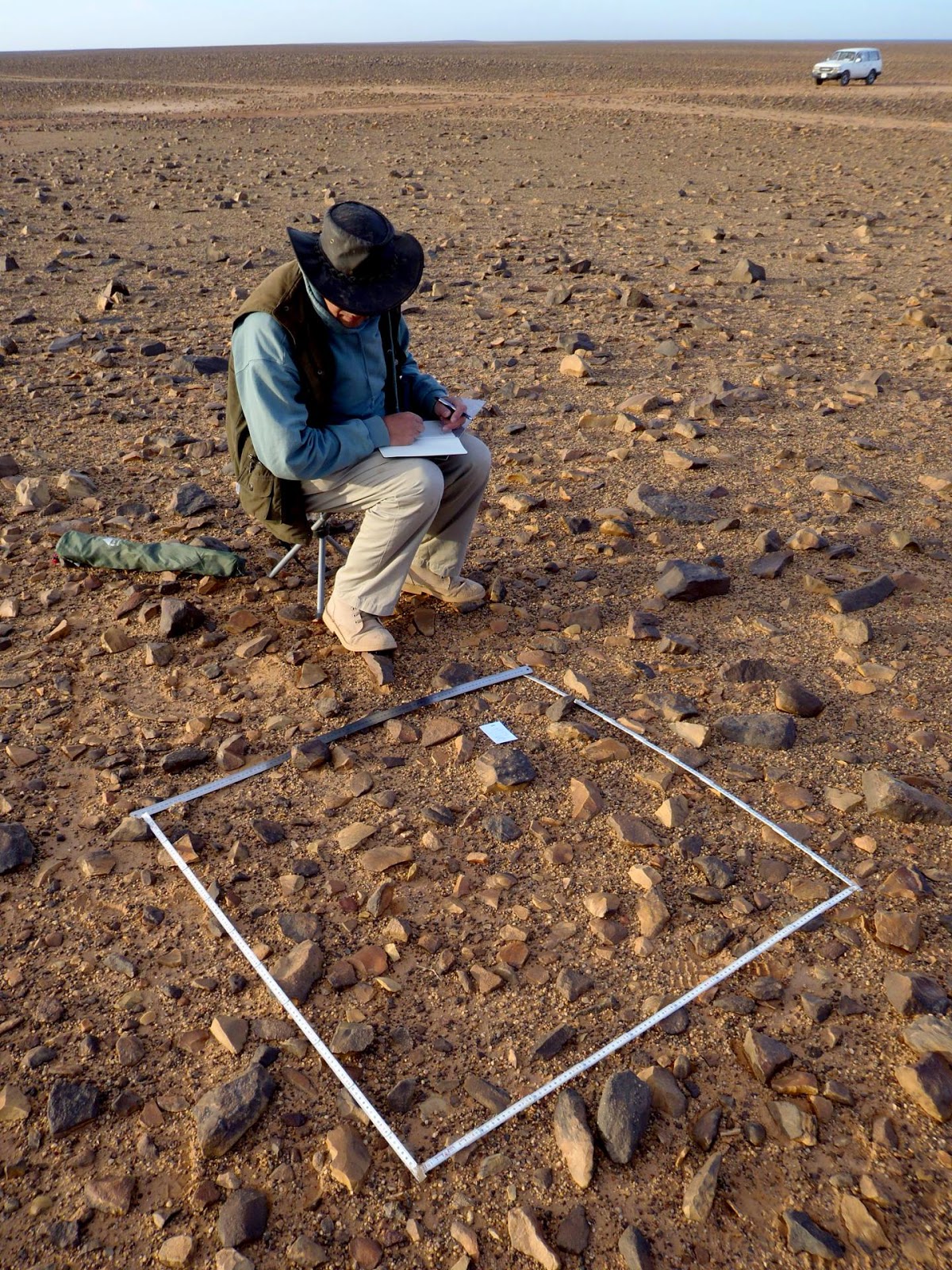 
A new intensive survey of the Messak Settafet escarpment, a massive outcrop of sandstone in the middle of the Saharan desert, has shown that stone tools occur "ubiquitously" across the entire landscape: averaging 75 artefacts per square metre, or 75 million per square kilometre.

This bonanza accumulated over hundreds of thousands of years. Its discoverers think it is "the earliest known example of an entire landscape being modified by hominins." 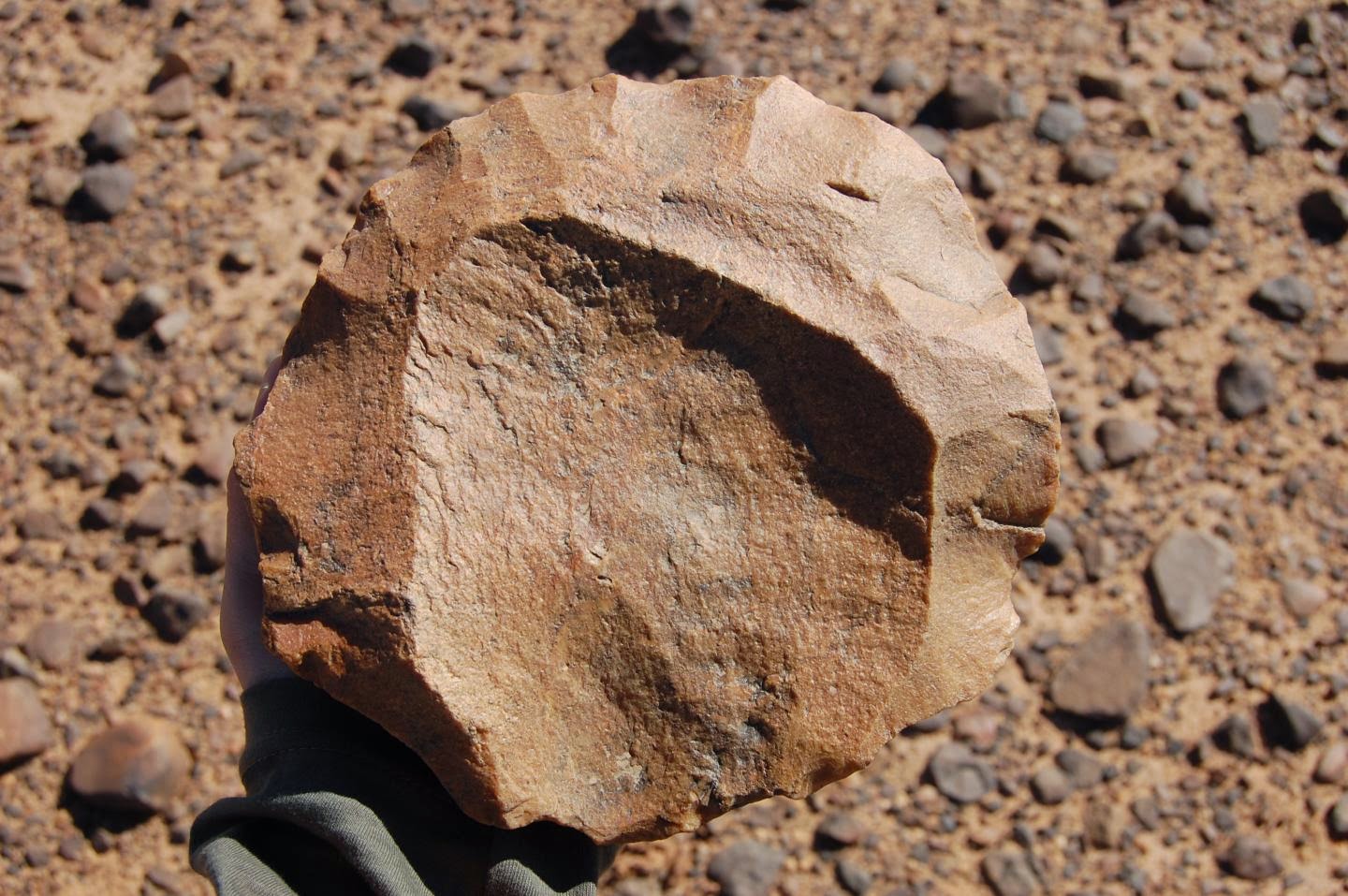 Which is kind of cool, if true, but I am more interested in the scale of human stone tool use over the millennia. Stone Age people varied greatly in how much stone they used, and how; some preferred bone or wooden tools, and some coastal people made do with seashells and sharks' teeth. Also, some people were perfectly happy to work with any fragment of sharp rock, whereas others liked to work up beautifully balanced spear points and knives. (Which are not necessary for anything, but were made mainly because they looked cool.) But, anyway, people who lived where there was stone made many, many stone tools; an anthropologist who followed one band of 150-odd stone age hunters around the Philippines found that they made and lost 3,000 stone tools in one year. People who made formal, pretty tools also generated lots of waste, 200 to 500 waste flakes for one finished tool. Add all this together and you realize that large stretches of the earth's surface are covered with a thin layer of human-modified stone, billions upon billions of stone tools, waste flakes and otherwise broken stone. Plus many people liked to line their cooking hearths with stone, or to construct big stone platforms for activities like smoking fish, or to cook by heating rocks and dropping them in water to boil it, all of which generates something archaeologists call "fire-cracked rock." Along rivers in my part of the world you can find long stretches where the ground is covered with such split and reddened cobbles, probably leftover from smoking shad and herring taken in the annual spring runs, or eels in the fall.

The world is full of rocks that our ancestors shaped and used.
Posted by John at 7:22 AM