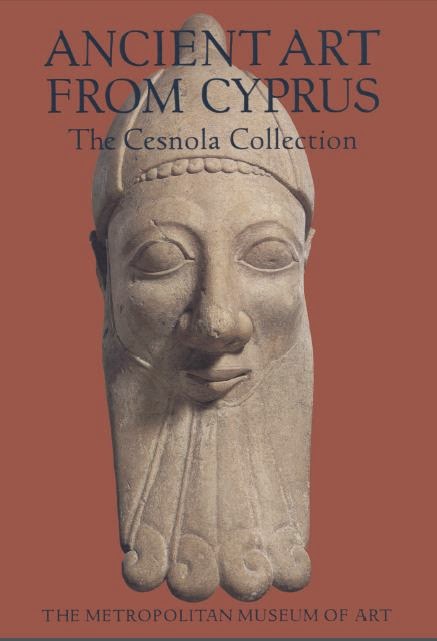 Among the many amazing collections of the Metropolitan Museum is the largest collection of ancient Cypriot art outside Cyprus.The collection was amassed by general Luigi Palma di Cesnola, a veteran of the Civil War who became the American consul on Cyprus. The collection is so huge that Cesnola must have spent his whole term (1865-1870) combing the island for statues. He removed the collection to London just in advance of a ban on the export of antiquities, then opened negotiations with several major museums about selling what he had amassed. 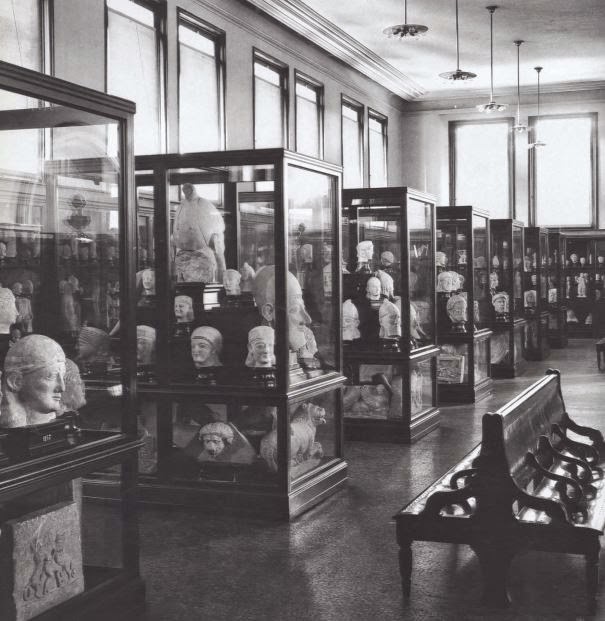 He eventually sold the collection to the Met, and they were so impressed by the way he arranged it for display that they hired him to be the Secretary of the museum. 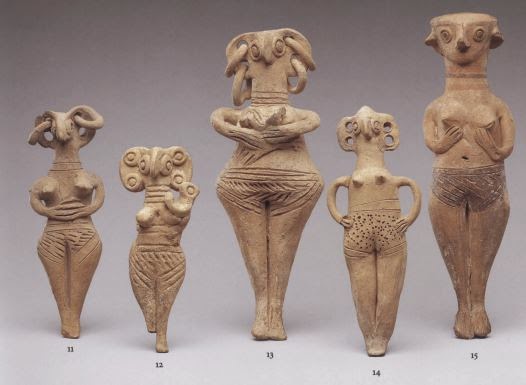 You can now download a wonderful book on the Cesnola collection for free from Met Publications, and I have done so. And now a brief tour of some objects from Cesnola's collection. Figurines from the Bronze Age, 1450 to 1200 BCE. 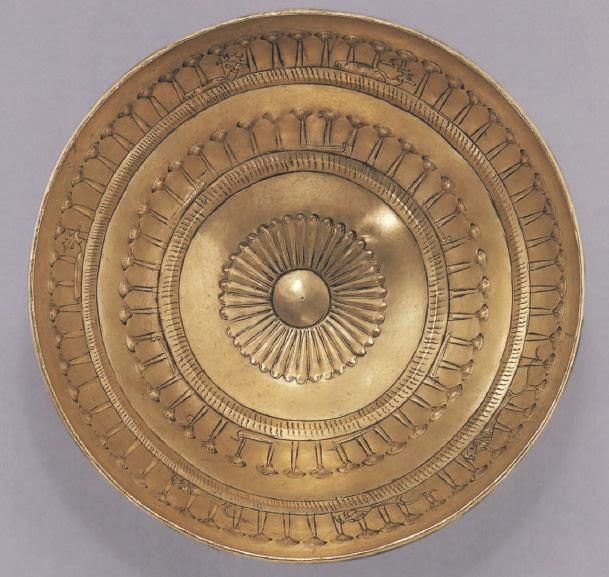 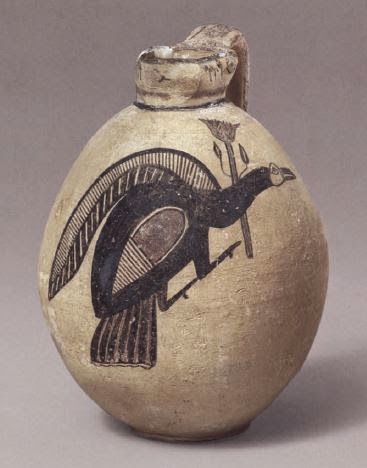 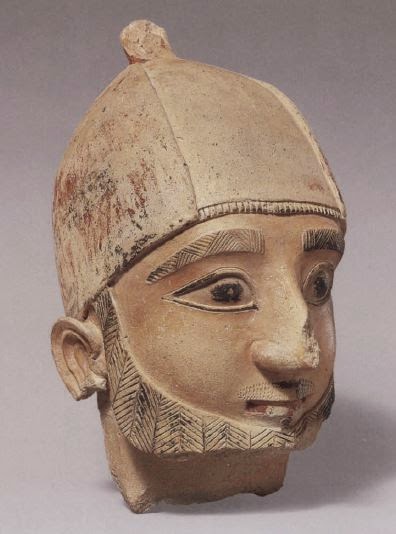 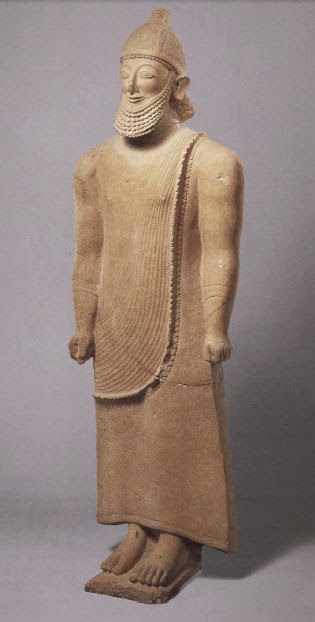 The best part of Cesnola's collection came from the "excavation" of a temple at Golgoi. Cesnola was a looter even by the standards of the time, so we know next to nothing about the temple except that all of these wonderful statues were found there. (Plus the head at the top of the post.) Above, life-sized figure, c. 525-500 BCE. 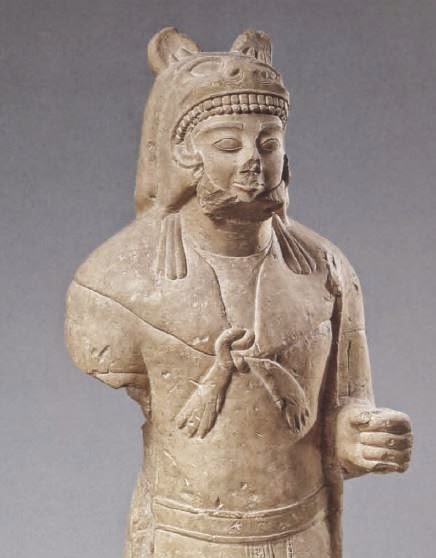 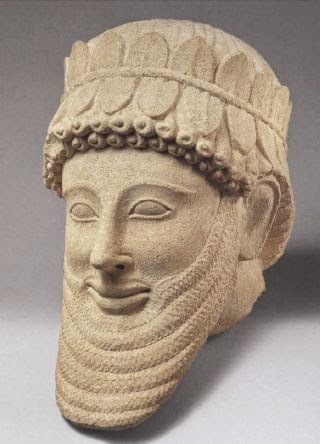 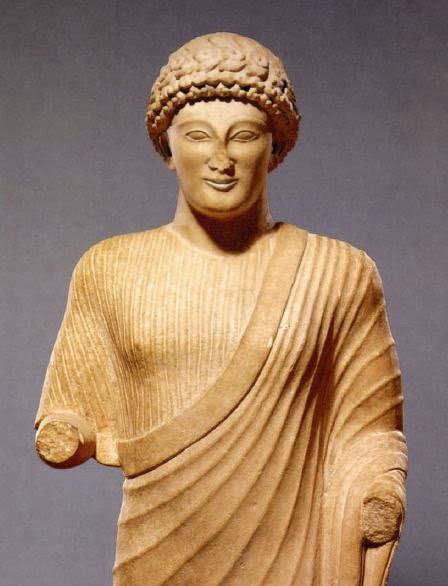 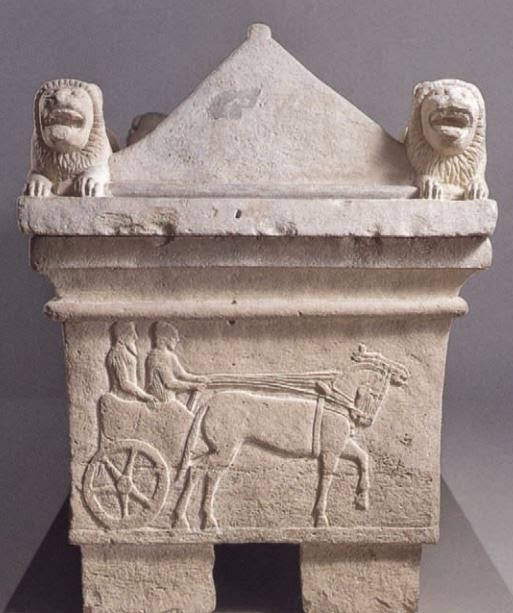 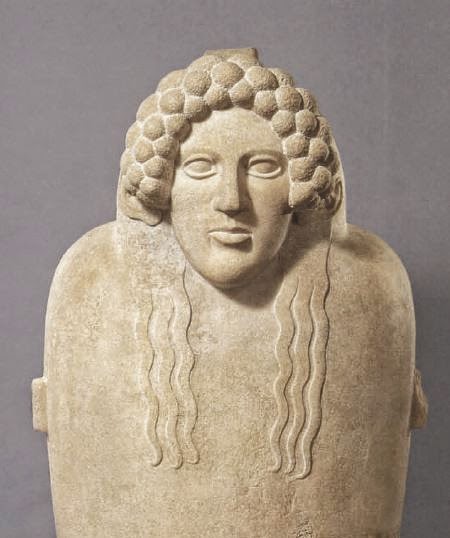 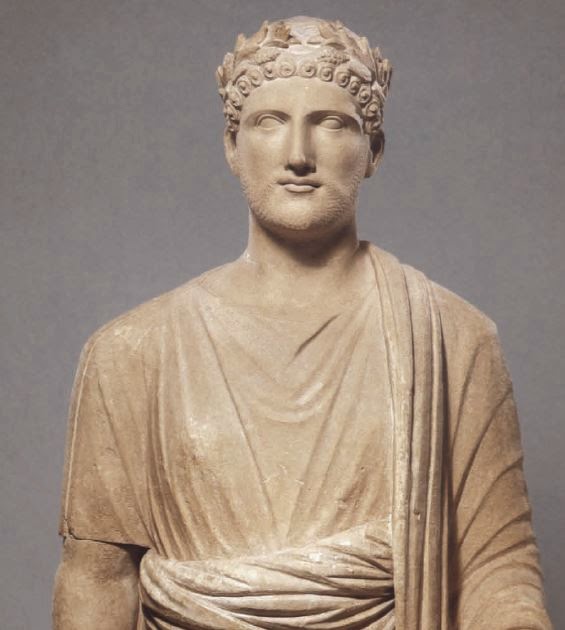 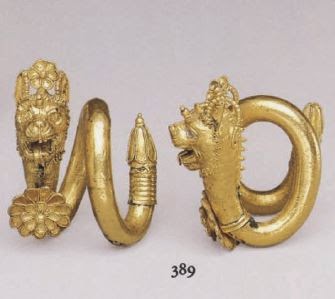