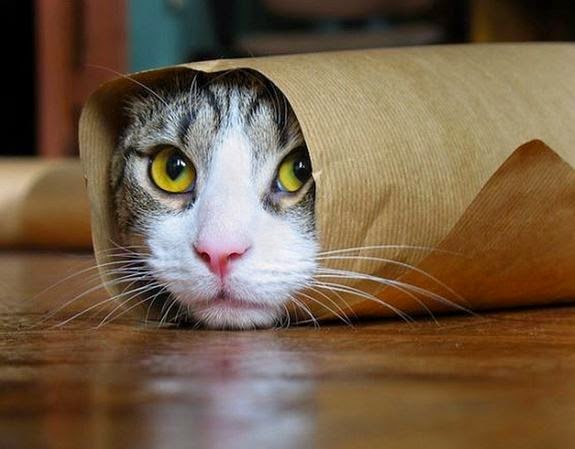 I had thought that John Bolton's plan for bombing Iran in perpetuity was going to win this month's Most Appalling Op-Ed hands down, but in my mind it has been ousted by a new entrant: Julia Baird's Stand Up for Your Cats.

Of all the whining, self-pitying, self-justifying crap -- well, let me just quote:


The longstanding, irrational bias against cats stems from archaic views about women. . . . We seem unable to contemplate the thought of a woman enjoying the sweet company of a cat, without assuming it is a hallmark of a sad single existence. The words woman and cat don’t conjure up thoughts of a glamorous fast life, but pajamas, Chinese takeout, bowls of Ben & Jerry’s, couches and DVDs.

A man and his dog, on the other hand, are icons of independence, freedom and adventure. . . .

Cat men and women, we have the numbers. There are now roughly 95.6 million cats in America, compared to 83.3 million dogs.

We also have science on our side. Studies have shown that cat owners are less likely than those who have never owned a cat to die of cardiovascular disease. Researchers from Miami University and Saint Louis University found “pet owners had greater self-esteem, were more physically fit, tended to be less lonely, were more conscientious, were more extroverted, tended to be less fearful and tended to be less preoccupied than non-owners.” Less lonely, happier, fitter. Pets don’t indicate mental illness; they seem to aid in recovery from it.

OH MY GOD WE ARE SO OPPRESSED BY STEREOTYPES OF CAT LADIES!!! This is an outrage! We need marches in the street! Call the ACLU! Call the Justice Department! Write the President!

Can I just say that knowing a woman owns a cat does not make me think anything special about her at all. (Or two, or three. Owning twenty cats, yes -- but have you even met anyone who owned twenty cats and was not crazy? That isn't stereotyping, it's simple self-preservation.) I know that I am not supposed to be able to think this, because "we" -- whoever we are -- cannot do this. No, "we" cannot imagine a woman with a cat without thinking she is sad and lonely.

I protest. Most of the women I know, single or married, own cats, so I don't know where I would have gotten the idea that cat owners are all miserable spinsters. But what does make me think that a woman is lonely and desperate and crazy is writing this sort of self-pitying screed for a major publication, exposing her insecurity for the whole world to see. Why do so many people need to attribute hostile thoughts to some vague mass of people out there -- often denoted as "society," as in, "society says" --  and then proclaim that this wholly imaginary belief held by wholly imaginary people is false? False I tell you! Malicious slander! How could you say that about me?

I didn't, and neither did anyone else. You made it up. The problem here isn't "we", it is "you," and you should get over it.

Julia Baird's ridiculous essay on cat lady oppression is not important -- it is silly, and will be forgotten tomorrow. But this tendency of attributing our self criticism to the whole of humanity -- "people say" -- is important and dangerous. I suppose many single women with cats have at some point been teased about being crazy cat ladies. So? Lots of people are jerks, and they either enjoy probing for weaknesses with teasing remarks or just find themselves very amusing. They no more stand for all of humanity than you do. That somebody, once or twice, said something mean to you does not mean that the whole world secretly harbors this deep prejudice against you and your kind, against which you must fight. And even if they did, why do you care? I've been called a pedant, a bore, and an obnoxious know-it-all since I was about six years old, and it hasn't changed me one bit.

Stop inventing imaginary enemies. And if you have real ones, ignore them and get on with living your life the way you want to.
Posted by John at 12:04 PM

This is what is known as a "fluff piece", or a "human-interest piece". You're taking it way, way, way too seriously.

Honestly, I've seen you get less worked up in posts about murder and warfare than you seem to be about a painfully obvious exercise in utterly harmless puffery in a Sunday edition of The New York Times, of all places.

The only way I could imagine this piece being a less worthwhile thing to get legitimately offended by would be if it was posted on some nutjob's random blog, delivered orally in the form of a Chris Crocker-eqsue youtube rant, or was a feature in some tabloid magazine alongside topics like "Son of Batboy" and "I Had Michael Jackson's Love Child From Beyond The Grave".

So I never miss a chance to mock this way of thinking when it comes up in a mockable way.