Cannibalism and Human Sacrifice in the Virgins' Cave, Tiefenellern, Bavaria 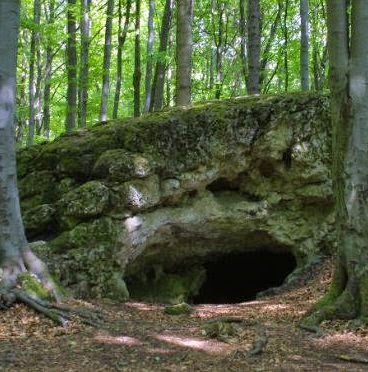 On a wooded mountain overlooking the town of Tiefenellern in Bavaria is a small cave, a single chamber measuring about 20 by 30 feet (7 x 9 meters). For centuries the locals called it the Jungfernhöhle, or Virgins' Cave. They told various stories about women who had lived and been killed in the cave. The most common version involves three spinsters who rather mysteriously lacked heads, but there were other versions. All, though, said that women had lived and been buried in the cave.

In 1951 two local treasure hunters decided to dig in the cave and see what they might turn up. They found no gold, but they did find pottery and human bones. Word of this illicit dig reached the authorities, and they chased off the amateurs. Over the next few years a professional excavation was carried out under the direction of Dr. Otto Kunkel from the Bayerischen Landesamtes für Denkmalpflege. The archaeologists found pottery dating to the every period from the early Neolithic to the Middle Ages. They also found a great quantity of human bones. 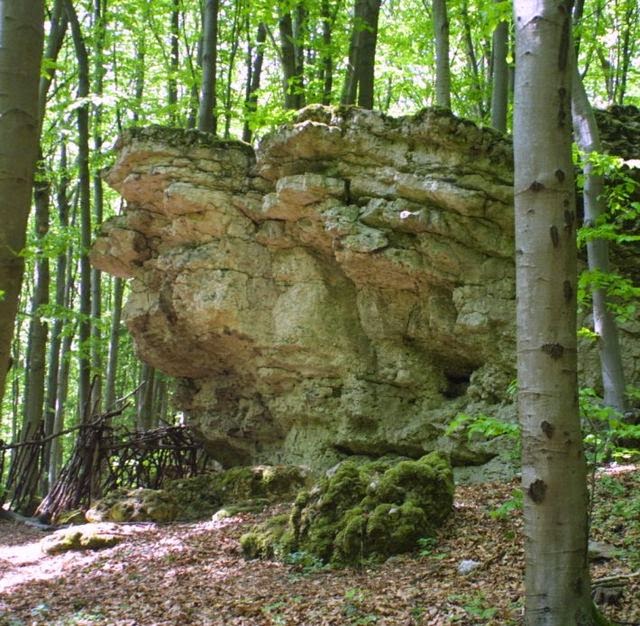 The bones were scattered and most of them had been broken, especially the skulls, but the excavators concluded that they came from about 38 to 40 people: 9 adult women, 1 or 2 adult men, 4 or 5 youths and 23 children. They have been radiocarbon dated to around 5100 BCE (6,150 +/- 65 bp), during the Linear Pottery or LBK period of the Neolithic. About 110 pottery vessels from this same period were also found. Some of the bones showed signs of cannibalism, for example, the long bones seem to have been broken to extract the marrow. The single-rooted teeth had been pulled from many of the skulls and jaws, and were missing, as if someone were using them for jewelry or amulets. Bone preservation is not perfect, and the interpretation is disputed, but some people think these people were eaten after being killed in war or violently sacrificed.

How did the stories of headless spinsters come to be associated with this place? Did one of the medieval visitors dig into the floor, perhaps in search of treasure, and find a headless skeleton, or just a mass of bones with no skulls? That seems the most likely explanation. But how astonishing that this place where women and children may have been sacrificed and eaten 7000 years ago came to be known as the Virgins' Cave.
Posted by John at 4:06 PM