In Tunis, a Bad Day for Arab Democracy

The murderers who rampaged through the Bardo Museum in Tunis yesterday did more than kill 19 people; they tried to kill the Arab world's most successful democracy by stabbing it in the jugular of its crucial tourist revenue. It will probably work, too -- surely thousands of planned Tunisian vacations are being cancelled as I write. It saddens me to think that Tunisia may suffer the same fate as Lebanon, the moderate majority of its population dragged down into the angry morass of Middle Eastern politics. I hope Tunisians have the strength to forge ahead with their experiment but I don't feel very optimistic. 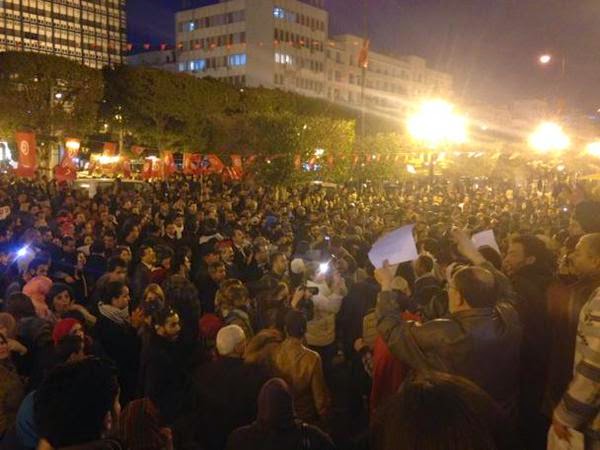 Picture from last night's anti-terrorism rally in Tunis. Heartwarming. More here.
Posted by John at 7:19 AM