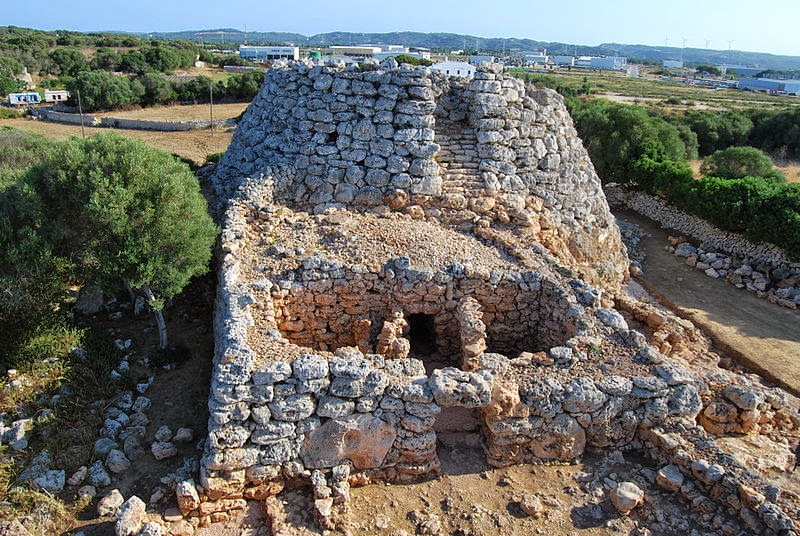 The Mediterranean islands were once home to a whole series of interesting Bronze Age societies that built in megalithic stone. The one that occupied Minorca and Majorca is known as the Talaiotic. The name comes from the Talayots or Talaiots, round stone towers that dominate the settlements of the period. They date back to the late second millennium and early first millennium BC. 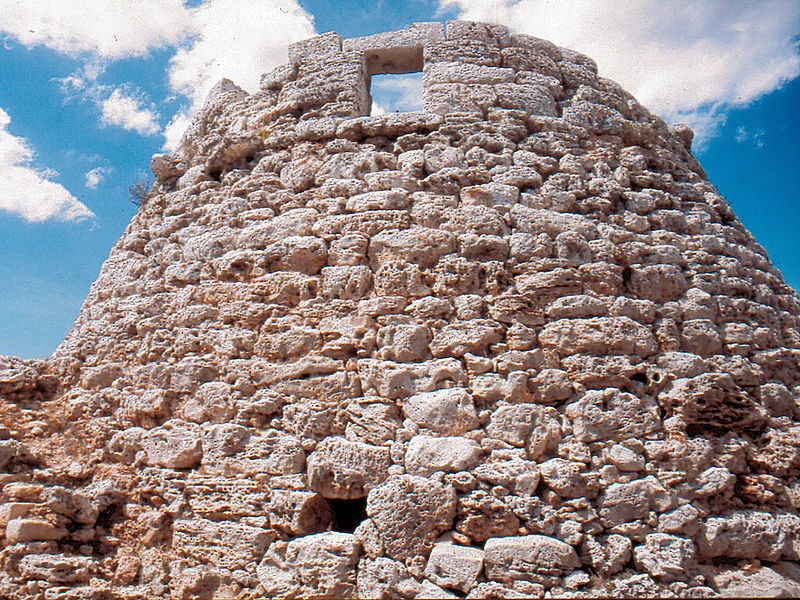 There are at least 274 Talayots. The main theory is that they were watch towers, since some are not really suited to be defensive strong points. 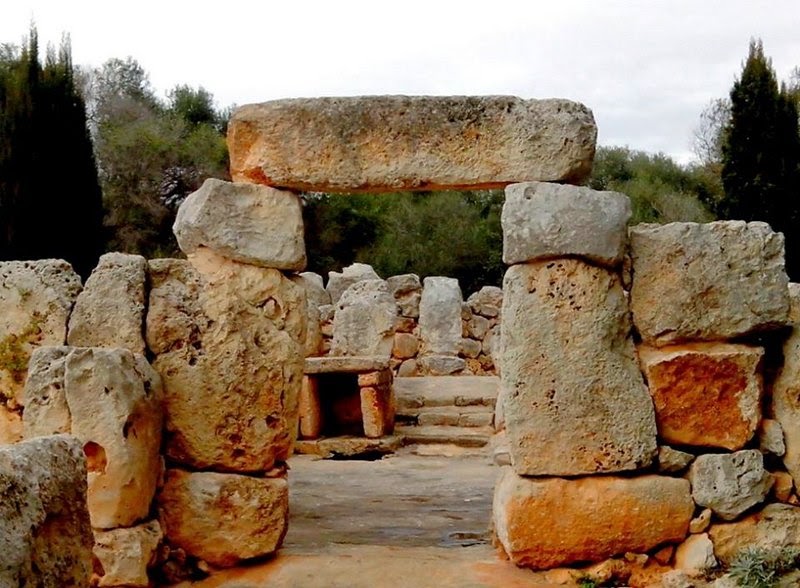 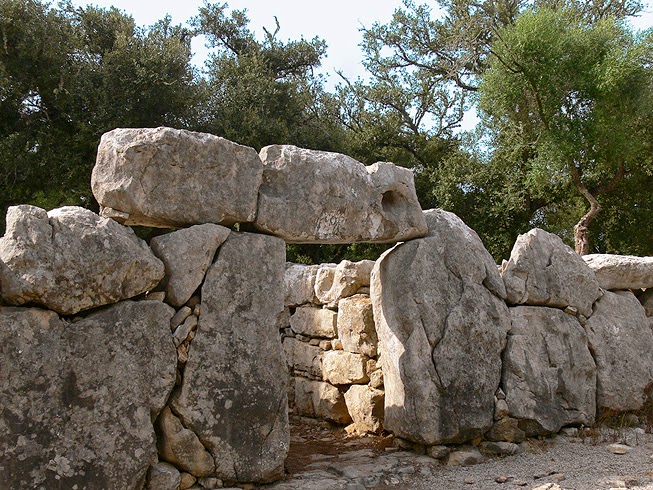 These people lived in the old Mediterranean way -- farming, herding sheep and goats, fishing. Their leaders probably lived in these great stone houses 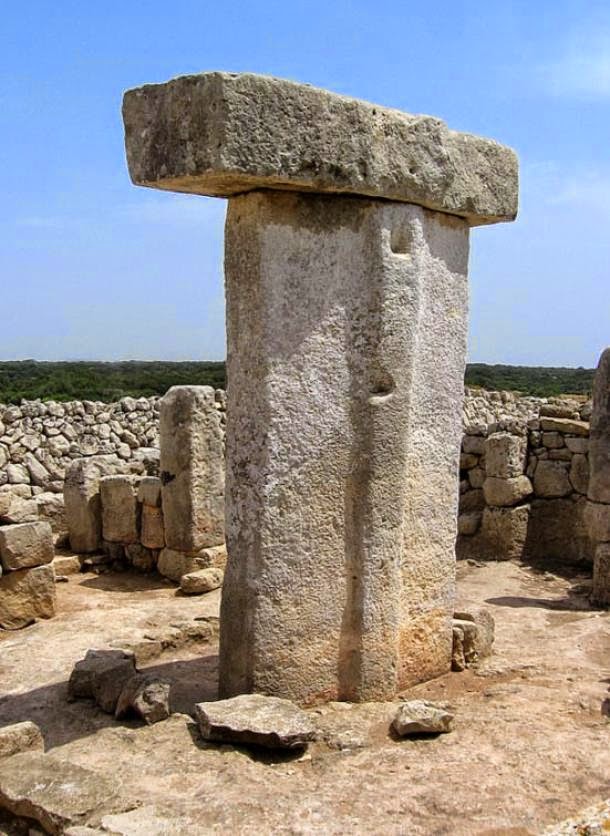 Besides the towers, the most striking remains of the Talayotoc culture are the taulas. 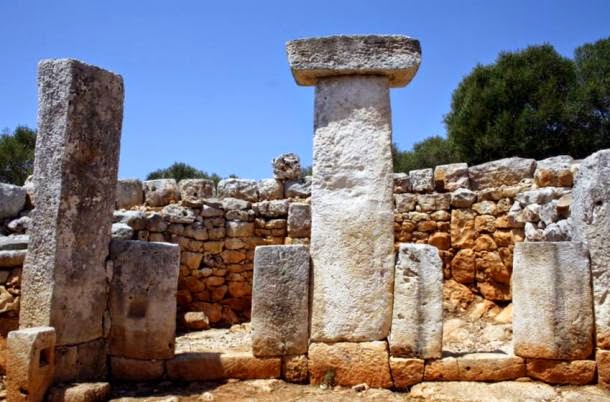 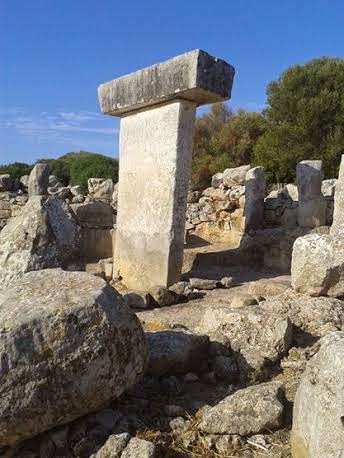 The word taula means table in Catalan. These are T-shaped constructions of stone, up to 12 feet (3.7 meters) tall, surrounded by a U-shaped wall. At the base of each was a pit used for fire sacrifice. Archaeologists think they were built after the nearby towers and settlements, so they seem to represent a cult that spread through this society rather than an ancestral inheritance. Looking at these towers, people have seen representations of bulls, so you will often read that the Talayotic people worshipped bulls. But that is a guess. 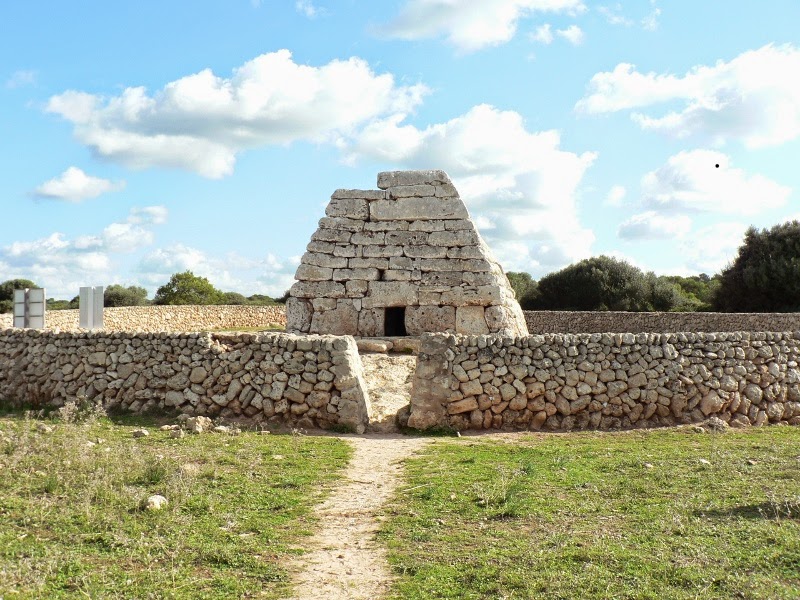 The third category of megalithic constructions in these islands is these communal tombs, known as navetas. This one was reconstructed, so it gives you a better idea of what they once looked like than the normal ruin. 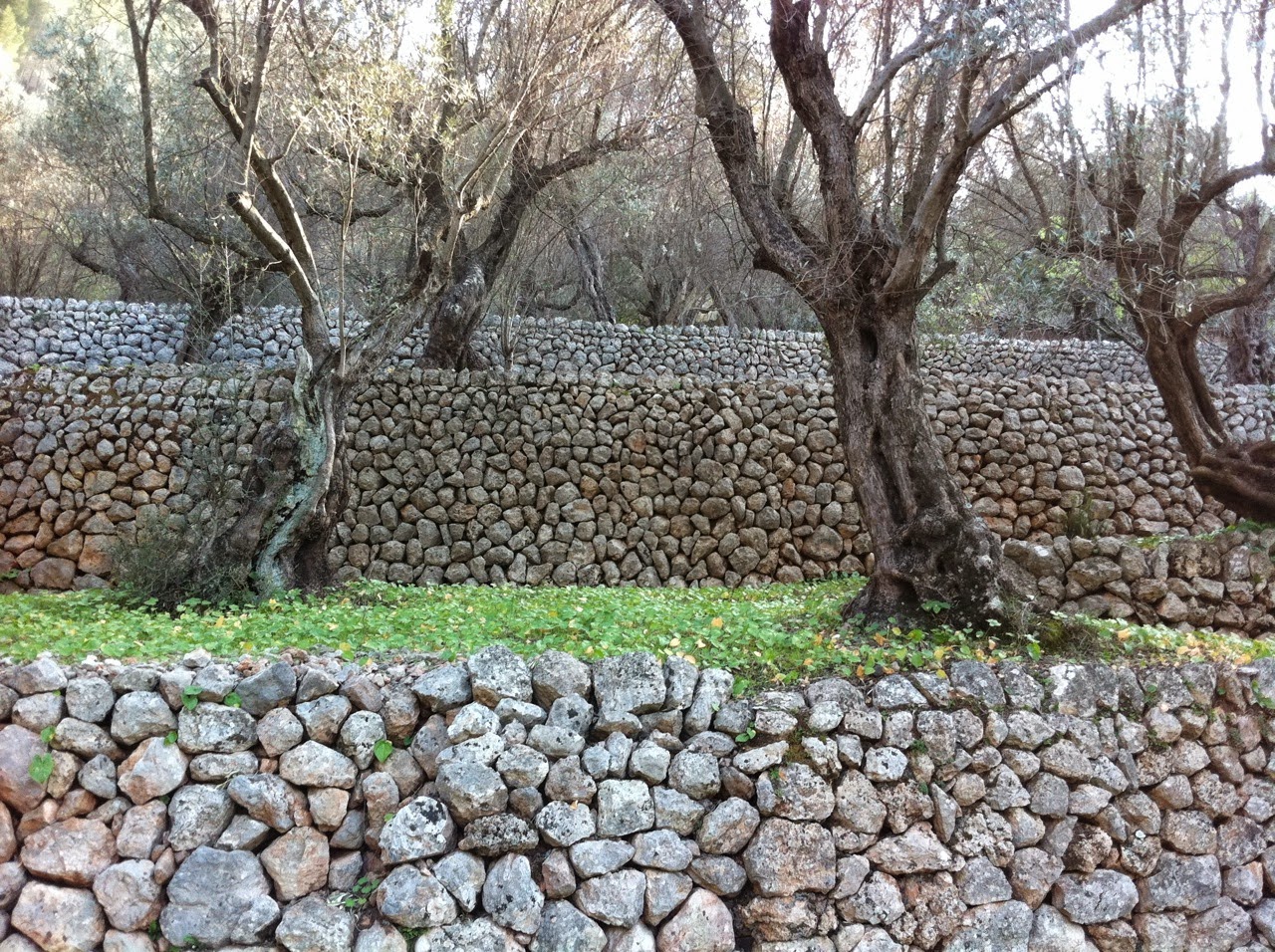 Archaeologists also suspect that Minorca's hundreds of miles of stone walls date back to this period, although of course it is hard to date stone walls and they have to be rebuilt every century or so. 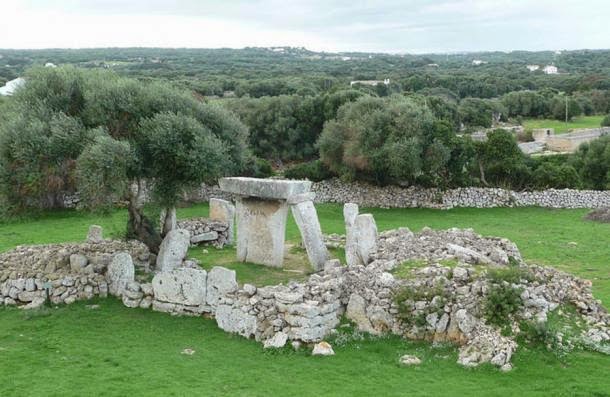 A fascinating legacy of a distant time. 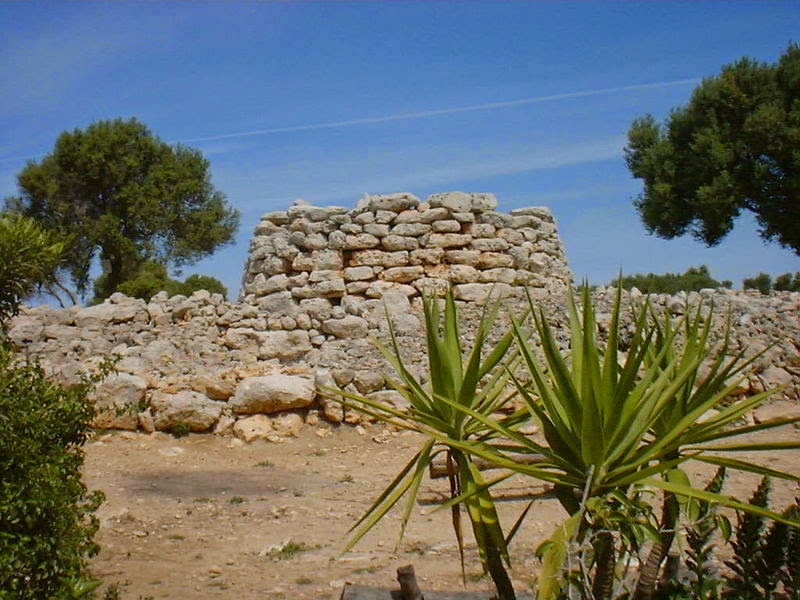