Plains Indian Art at the Met 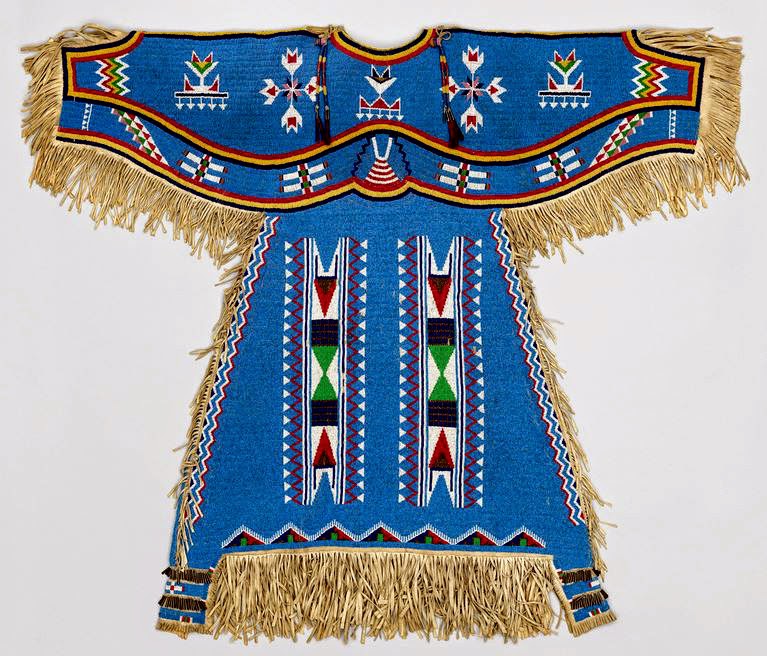 The Metropolitan Museum is mounting a major exhibition of art from the plains Indians, gathered from museums around the world, and the Times has a review and slide show. Above, girl's beaded leather dress, c. 1900. 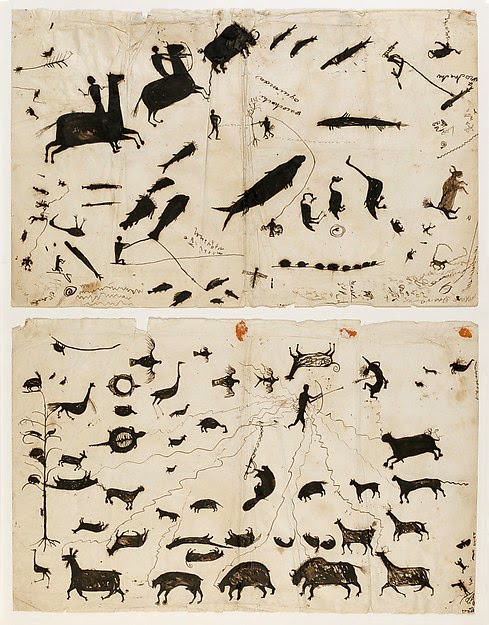 Drawing by Wacochachi, who lived in what is now Iowa around 1830, showing the artist's world. 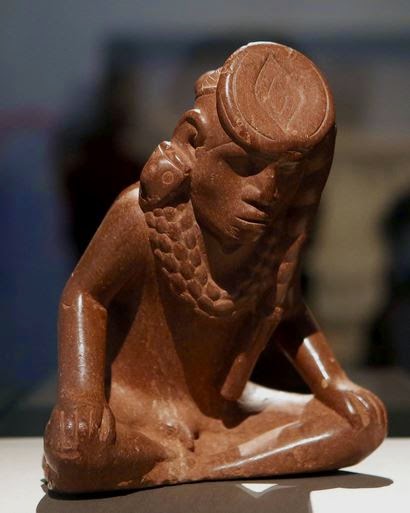 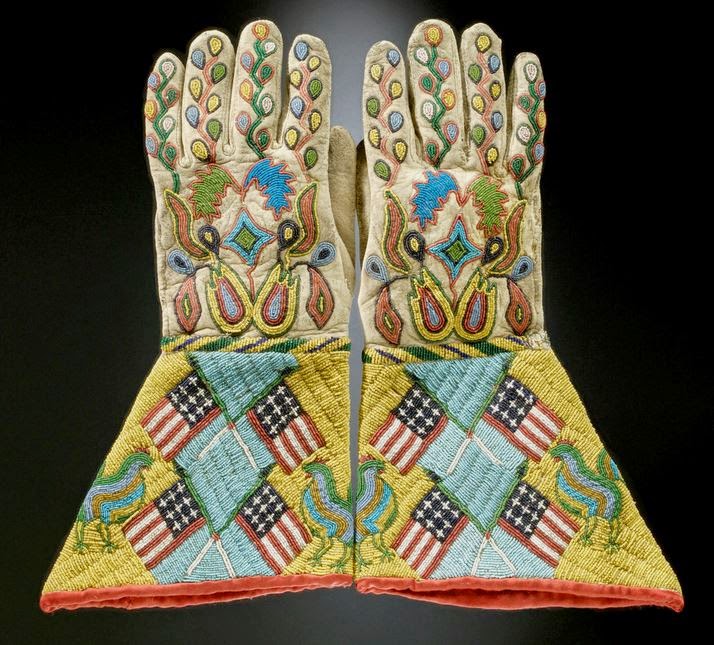 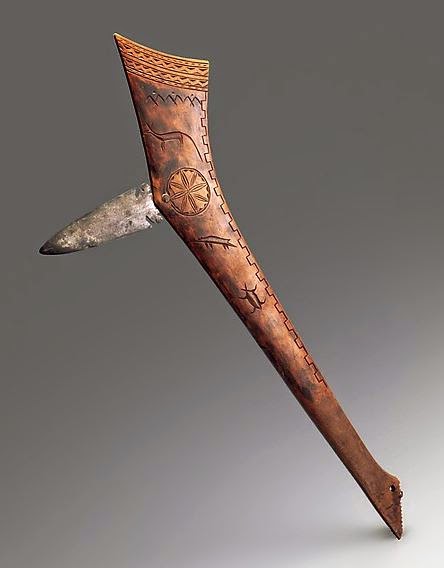 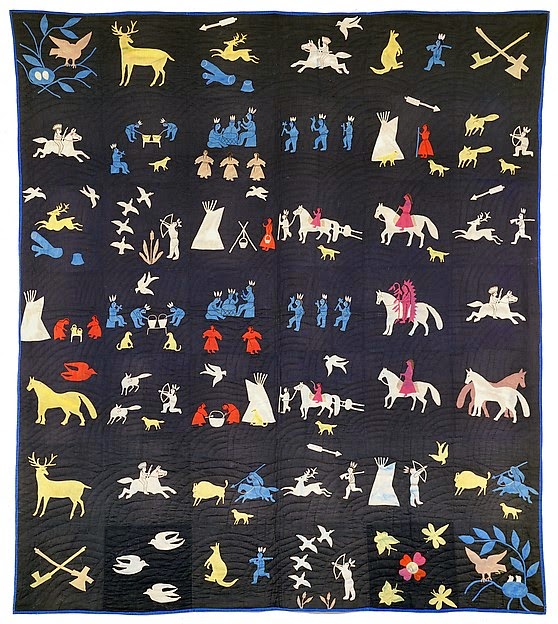 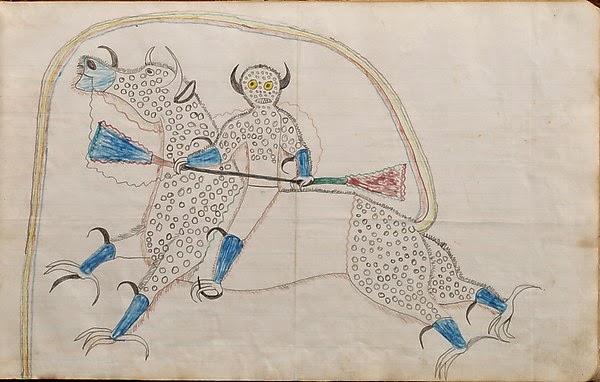 And this astonishing item, a drawing by the Sioux chief Black Hawk, of Black Hawk's War, of his personal visions:


This work is one of seventy-six drawings by Black Hawk that were bound into a book by William Edward Caton. Here, the artist depicts himself as a powerful supernatural being called a Destroyer. He rides a Buffalo Eagle, whose tail is represented by an arching rainbow. Spots representing hail cover both Buffalo Eagle and rider, and jagged power lines connect them.